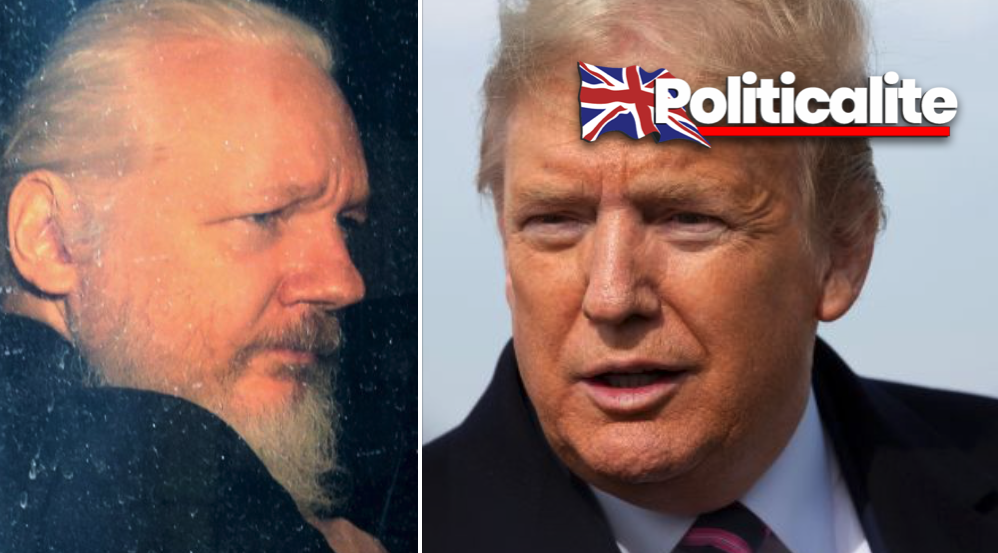 JULIAN Assange’s lawyers have claimed that President Trump offered Freedom is he said Russia had nothing to do with hacking the DNC.

Wikileaks intends to call a witness who alleges that Assange was offered this Presidential Pardon if he said that Russia was not involved in stealing information from the Democratic National Committee before 2016 election.

An Al Jazeera reporter said Dana Rohrabacher, a former Republican congressman has said he made the offer.

Vanessa Baraitser, who will be the Judge when the formal extradition trial begins on Monday 24th February, said the evidence is admissable.

Lawyers for Assange will state that he should not be extradited to the US because the case against him is political rather than criminal.

When he lived at the Ecuadorian Embassy for seven years there was evidence of a ‘Truman Show’ existence, said Wikileaks Kristinn Hrafsson. They were offered footage of private events recorded in the Embassy trying to extort $3 million for Wikileaks not to publish on the internet.

This resulted in total invasion of his privacy, especially involving his legal team as they discussed strategies for the case. It was linked to a Spanish security firm, Global SL, who installed cameras in the Embassy on the order it was to protect Assange, claim the Ecuadorian authorities.

In Spain the police began investigating and uncovered links to the C.I.A backed up by former Ecuadorian Embassy diplomat Fidel Narvaez. Astonishingly he claimed that CNN and the Guardian: “Have chosen to focus on the inside of the Embassy. They based the information on the reports written by this company, a completely corrupt, dodgy unprofessionally company.”

This week a Parliamentary Group from Australia are in the UK to try and reverse the extradition and to visit Assange in Belmarsh Prison. Andrew Wilkie and George Christensen have met politicians including Jeremy Corbyn who has highlighted this at Prime Minister’ Wednesdays Questions in the Houses of Parliament.

In Belmarsh Prison the inmates held a protest to get Assange out of solitary confinement and under pressure to keep the peace, the prison relented so he is a hero to the co- pilots in prison with him.

The first part of the trial will be running for five days starting on Monday 24th February at Woolwich Crown Court.

Before that on Sunday 23rd February the supporters of Assange will be holding a rally at 14.30pm at the YMCA Indian Student Hostel 41 Fitzroy Square London W1T 6AQ. There will be performers and speeches given by Julian’s father John Shipton. Tickets are online from £2.50-£5.00 https://www.eventbrite. Co.uk/e/free-julian-assange-no-us-rendition-tickets-90807129569