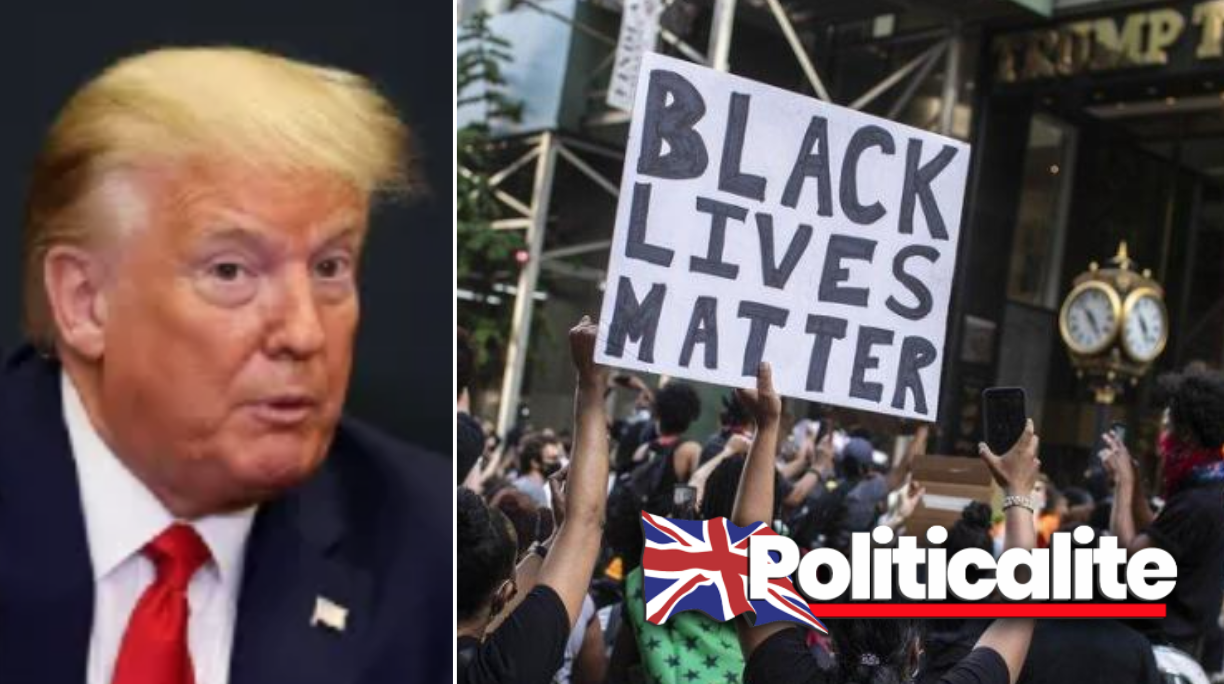 FOLLOWING the recent riots in the United States surrounding the killing of George Floyd by a police officer, which the far-left activist group have been involved with, President Donald Trump has declared them to be a terrorist organisation on his Twitter account.

In the tweet, he revealed that Antifa will be designated as a ‘terrorist organization’. This comes as he has previously criticised the group before for their involvement in the riots, as well as having condemned the violence of the alt-left in general, most notably after the 2017 Unite The Right rally, leading to much controversy.

Other Democrat run Cities and States should look at the total shutdown of Radical Left Anarchists in Minneapolis last night. The National Guard did a great job, and should be used in other States before it is too late!

This led to much support on social media, of who felt it was the correct decision. Classical liberal YouTuber Mahyar Tousi felt it was a ‘great move by the President’ and Scottish comedian Mark Meechan (best known as Count Dankula) also supported Trump, sarcastically mimicking those on the radical left who defend Antifa. Popular cartoonist Ben Garrison stated that it was ‘excellent’ and The National Pulse editor-in-chief Raheem Kassam supported the move, and hoped Trump would ‘ask other Western nations to do the same’.

Great move by the President. ? https://t.co/rYCjE5ZhkX

"ackchyually it's not an organization, it's a decentralized group of individuals who wear the same symbolism, believe the same ideology, use the same methods, use the same flag and use terrorist tactics". https://t.co/hP2F3n0BOH

Yes!!! Now ask other Western nations to do the same.

And make sure social media platforms are forced to remove associated content.

Terrorists shouldn’t get free speech while ordinary people are censored.

There were some who were more critical, however, most notably American comedian Rob Delaney (]who is a self-declared democratic socialist, and has backed Bernie Sanders and Jeremy Corbyn in the past) felt that Antifa was ‘cool and good’, basing his decision on not liking ‘fascists’. Scottish comedian Frankie Boyle, also of the left, retweeted Delaney, showing his solidarity.

A big part of why I feel this way is that I don’t like fascists?

Antifa have been controversial in the United States, among other countries, for their behaviour, of which has often included rioting and violence. Notable incidents involving Antifa include rioting against conservative commentator Milo Yiannopolus at Berkeley University in 2017, protesting Daily Wire founder Ben Shapiro with weapons, attempting to intimidate Fox News host Tucker Carlson outside of his home and becoming involved in the aforementioned Unite The Right rally, where they were accused of instigating the violence there. This had led to much criticism on the American right, and some on the American left, mainly that of famed scholar and linguist Noam Chomsky, of who called the group ‘a major gift’ to conservatives.