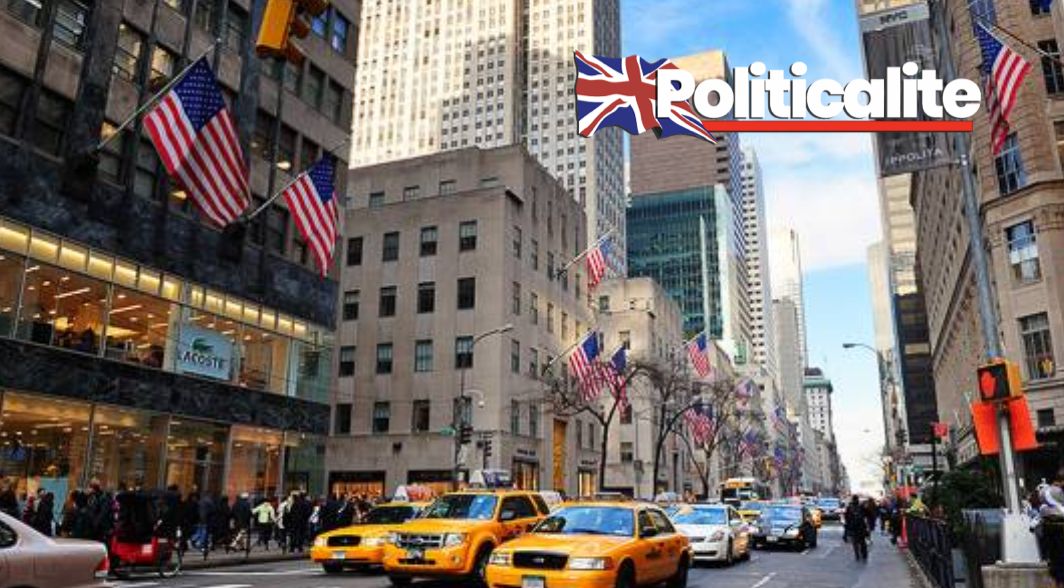 NEW York isn’t dead. Contrary to newscasters and bloggers who say the city is no more, the city is actually bouncing back. What happens to NYC is important because it’s the largest US city, and it produces 10% of GDP.

Every day more restaurants are opening back up after a hiatus caused by the pandemic. Some managers say that they’re optimistic going forward. Several weeks ago it was accurate to say the city was empty or disturbed by protestors. Some were peaceful but others looted (still ongoing in some areas.) The mayor has not solved the homeless problem. Today, however, the story is different. The energy and dynamic pulse of New York is returning. People in business attire are dining out in really nice places set up with festive outdoor seating, with umbrellas and potted palms.

Casa Lever Restaurant, which is in a prime business area, at Lever House on Park Avenue, has reopened. Host Taja says, “Our regulars are business people and they’re coming in two to three times per week.  A few blocks up off Park Avenue, the bartender at Aquavit said, “My regular bar customers are back now and mostly they come at night.”

Mark Kenyon host at The Winery outside at Rockefeller Center says, “We’re seeing more people each week but we used to be opened late and some nights we close early.” Mark continues, “The real estate agents at Solo who control office rentals nearby told me, “We’re at 8% office occupancy but some have said they’ll be back after Labor Day. Offices need to be reconfigured for social distancing.” Attorneys have been polled and only 8-10% percent like to work at home. For tech people, financial management consultants or brokers working at home presents no problems.

In residential neighborhoods, restauranteurs tell the same story. At the old restaurant Il Mulino, off Madison Avenue at 60th St, Chef Manuel says, “Even though it’s August and some are on vacation or have left town due to the virus, we have regulars coming back now. We’re pleased to be back.”

Even though more restaurants are reopening every day, many good hotels are still closed. The doorman at the Pierre says, “We plan to open after Labor Day.” The Park Lane Hotel at Central Park South has been open throughout the pandemic. The concierge says, “We’re at 15% which is good. We’ve been open all along and for a while practically no one was here. We have no dining facilities open. We haven’t seen many tourists but a few are starting to come in.”

As to department stores, Saks Fifth Avenue, which had been boarded up, is now open with a few security guards patrolling on the outside. The greeter said, “We’re open but don’t have that many customers.” Bloomingdale’s was a little busier, with customers starting to come back.

Small businesses were hard hit from the forced closures and many may not reopen. It’s too early to tell how this will play out.

Since the tourist business is key to a booming NYC, it will be helpful when live music and theater events start up again. Most music venues such as the Metropolitan Opera and various theater groups such as the Red Bull Theater have been offering virtual presentations or rebroadcasts over the internet.

Jupiter Symphony Chamber Players, which features prize winning musicians, has decided to hold a live concert. Manager Mei Ying explains, “I wanted to do a concert to give work to our musicians so I asked our board. Three were opposed and the other board member pushed for it who happens to be an epidemiologist. He knew a concert could be done safely with windows open, masks, social distancing, and leaving in an orderly way. So our scheduled concert is taking place this Monday August 24, (at a church near Lincoln Center.)

Another sign of the city coming to life is the increased use of private airlines. Private jets hired for business and private use are much in demand. Gary Gennari, charter sales representative for Solairus, says, “There’s a huge saving in time in transit with no wait at the airport but the flights are expensive – $26,000. to $46,000. and up.”

With all that has happened recently, New Yorkers who may pause to think if Trump or Biden and those running for Congress can make an impact on recovery.