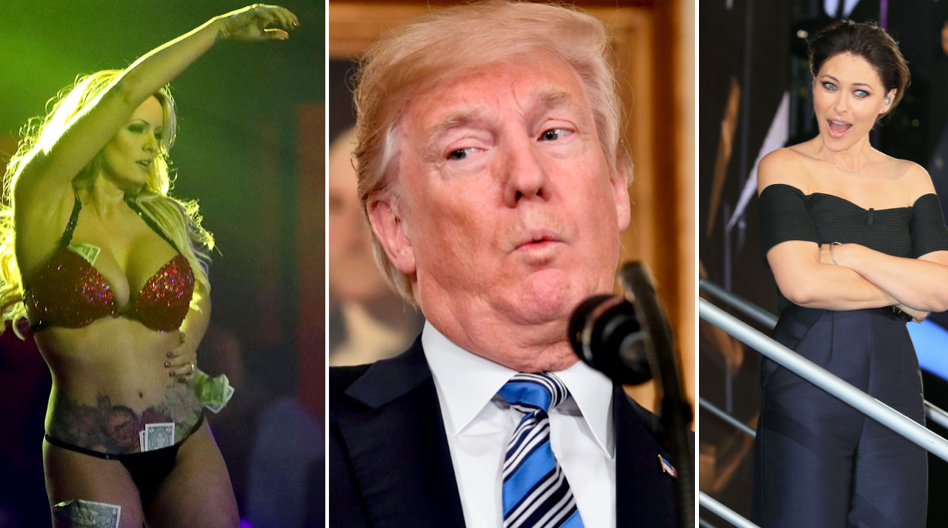 STORMY Daniels will reportedly earn a whopping £750k-a-week from her appearance on Celebrity Big Brother.

The figure has reportedly left co-stars furious with the star allegedly being the highest paid Celebrity Big Brother star in HISTORY.

Channel 5 has spent a whopping £2.5m on Celebrity contestants to boost the shows ratings after they collapsed during last year’s finale when numbers reached a record low of just 1.5million viewers.

A source told The Sun: “Other contestants are not happy about the rumoured figure”

“The cast has caught wind of the deal Stormy made for her stint on the show, and the number is mind-boggling.”

Stormy’s signing is bound to send shockwaves as fans are keen for her to spill the beans on her alleged affair with the president – leading to the eye-watering sum.

Amid the shocking news, the insider continued: ‘Stormy made a deal with Celebrity Big Brother for a whopping £750,00 and she apparently won’t be there for long, which makes no sense at all to the other contestants.

In March, Daniels broke the non-disclosure agreement she signed with Trump’s lawyers for which she was paid $130,000 hush money by giving an interview to a US chat show.

In the interview she claimed that she had sex with the US President in 2006, months after wife Melania gave birth to their son Barron, 12.

Since then a controversy has raged over whether Trump knew about the money.

In an interview on Air Force One in April, Trump denied that he knew about the payment to Daniels, which was done through his personal lawyer Michael Cohen.

But in March his own lawyer, Rudy Giuliani, said that he did. In a recent financial disclosure form Trump said that he did indeed reimburse Cohen for ‘expenses’ between $100,000 and $250,000.