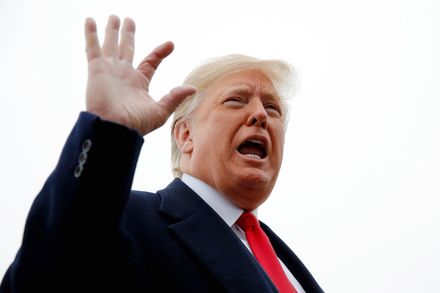 PRESIDENT Donald Trump hailed last nights midterm election results as a ‘tremendous success’ as his party was predicted to win the Senate, but lose the House of Representatives.

In an exciting midterm election night,  American voters used their check and balance making life a little bit harder for the POTUS.

Donald Trump will most likely have to cut more deals with Democrats now they control the lower house of the U.S. Congress and he could face an onslaught of investigations and gridlock.

Despite this, Markets were confident with Asian markets opening higher as the results of the vote came in.

The vote was seen as a ‘test’ of Mr Trumps presidency but with a win for Trump in the Senate and a loss in House, American voters mainly revealed that their country is still bitterly divided.

Mr Trump still has the balance of power as the GOP still hold the Senate and the White House, but now another party controls the House.

Many critics blame the GOP’s failure to put healthcare front and center of the campaign, focusing more on the Trump ‘Economic Boom’ and Illegal Immigration.