CALM BEFORE THE STORM: Could President Trump be about to use military action to solve the North Korean crisis?
Advertisement 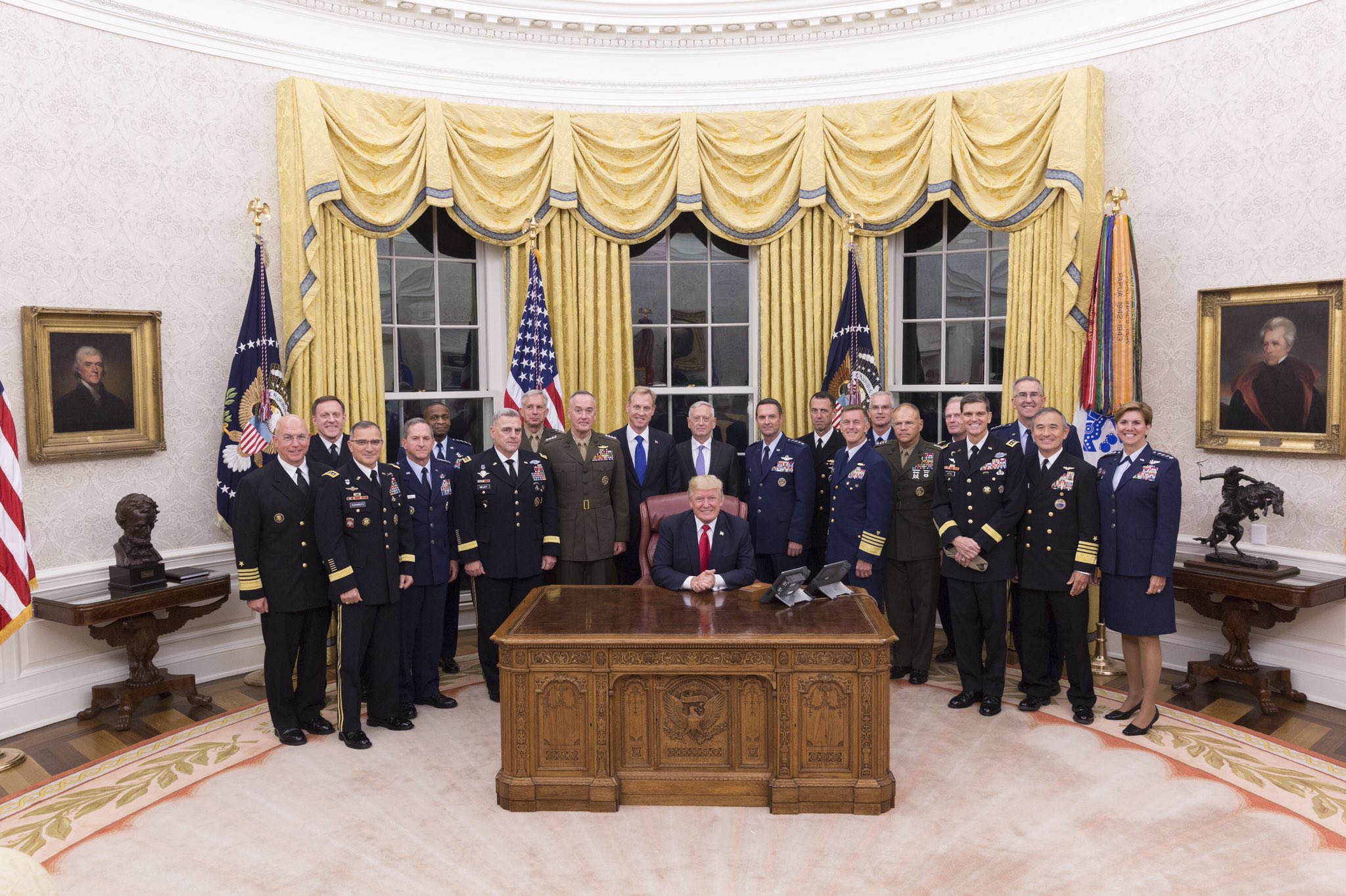 PRESIDENT TRUMP could be about to deal with North Korea using military action following a series of cryptic remarks and tweets.

On Thursday, President Trump made ‘cryptic’ remarks during a photocall for an official White House dinner with U.S. Military leaders. 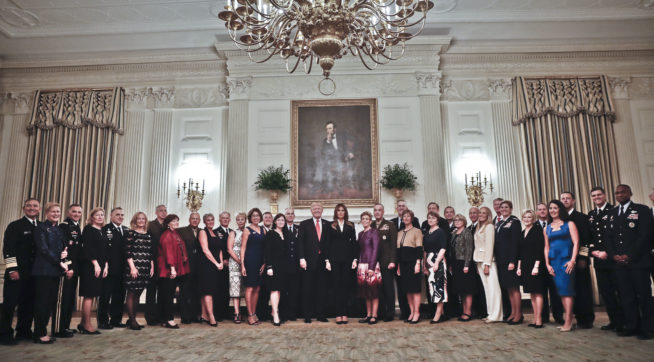 He asked reporters if they knew “what this represents,” and then made a hand gesture towards his Military leaders posing for photos.

“Maybe it’s the calm before the storm,” Trump said, answering his own question.

When Asked what “storm” he was talking about, Trump at first ignored the question and remarked that the “world’s great military leaders” were present in the room.

When he was asked again, he said: “You’ll find out.”

Many experts are guessing that this has something to do with North Korea after the President said in a separate meeting on Thursday that his senior military leaders needed to provide him with “a broad range of military options, when needed, at a much faster pace.”

And Tonight, Mr Trump added fuel to the fire of speculation and tweeted about North Korea on Twitter.

Some experts believe that Trumps ‘unpredictability’ is a key advantage when dealing with North Korea, as Kim Jong Un can no longer predict the way in which the USA will respond to his nations ever more provocative actions.

So far, the U.S. response to North Korea has been ‘sanctions.’ These sanctions have ultimately failed – and North Korea is now in its strongest position it has been in since the birth of the country almost 68 years ago with North Korea successfully developing the H-Bomb. (think Hiroshima x10) 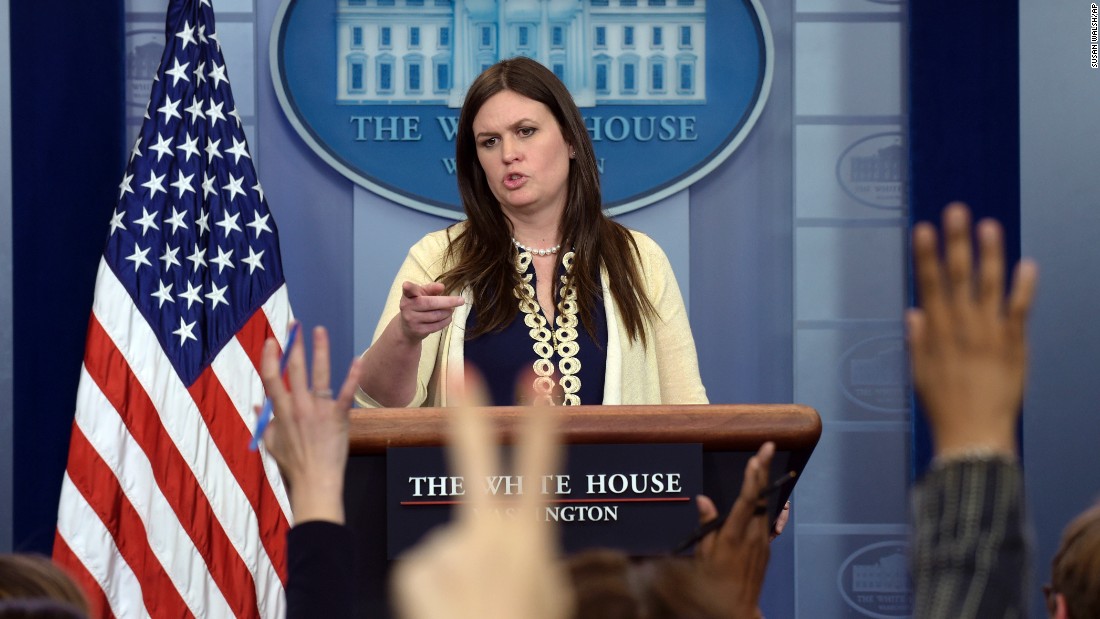 “We’re never going to say in advance what the President’s going to do and, as he said last night, in addition to those comments, you’ll have to wait and see.”

When she was grilled on the ‘Military Options’ comments, Sanders said “I don’t think you should read into anything beyond that as he wants options on the table so that he can make quick decisions,” she said.

When ‘Fake News’ CNN’s Jim Acosta asked if she found it “satisfying” that the President had the power to make people “hold their breath.” Sanders smiled and added “No, I just picture people in [Washington] actually holding their breath”

President Donald Trump certainly has the world is holding its breath on his cryptic remarks, the coming week will reveal what Mr Trump really meant when referring to a calm before the storm.