TWITTER has been accused of CENSORING the President of the United States Donald Trump after he hit out at Senator and Democratic Presidential candidate Joe Biden over alleged corruption.

The photo revealed the Democratic Senator, his son Hunter and a Ukrainian Gas Executive posing together during a ‘cosy’ round of golf.

LOOK AT THIS PHOTOGRAPH! pic.twitter.com/QQYTqG4KTt

Hunter was recruited to the board of Burisma, that’s a Ukrainian gas company, which in 2016 was the subject of a criminal investigation. 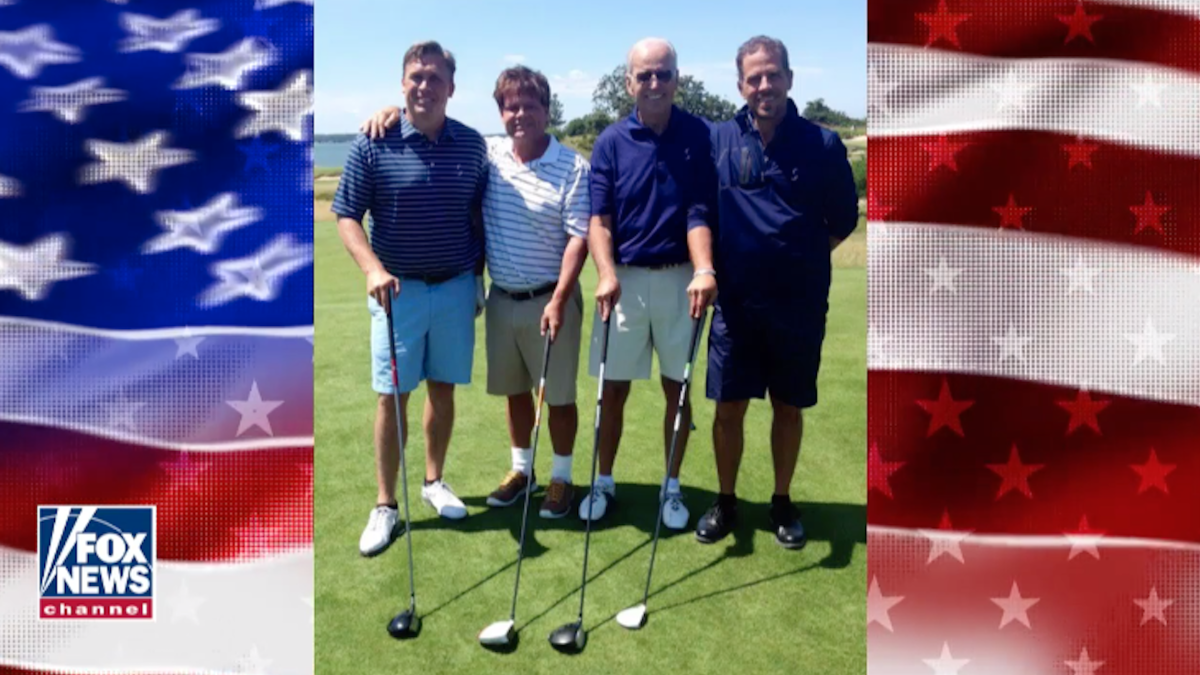 The new Ukrainian Chief Prosecutor is now set to carry out an “audit” of the investigation.

Senator Biden, who is one of the leading Democratic challengers for Donald Trump’s White House, has denied discussing any business dealings with his son – but the picture proved otherwise.

Fox News’ Tucker Carlson revealed the information and embarrassing photo exposing Joe, Hunter and a Ukranian Gas Executive – and Trump, in true Trumpian style, shared it on his Twitter profile of over 60 million followers.

Trump and his supporters claim that the criminal investigation was only dropped due to pressure from the then-Vice President Joe Biden.

A FULL ON DEMOCRATIC WITCH HUNT 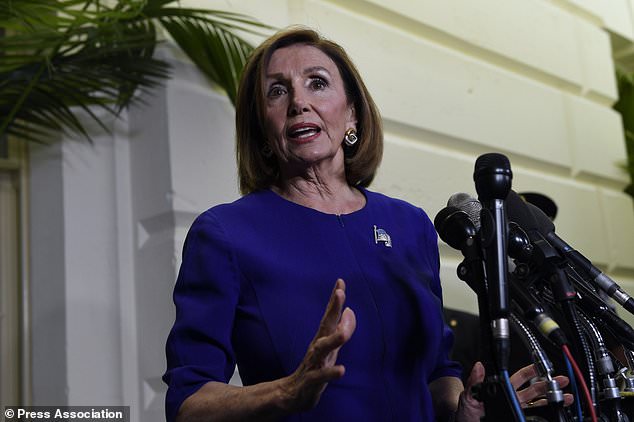 IT’S NOT just British left-behind voters facing political attacks from elitist lawmakers and judges… over in the United States, President Trump is facing a political attack from Democrats who are attempting to impeach the hugely popular president backed by millions of working-class voters.

Democratic House Speaker Nancy Pelosi launched a full-blown attack on The Don last week and called for the Presidents impeachment.

The reason behind the attack is because Dems claim that President Trump ‘abused’ his presidential powers to get dirt on Democratic Presidential frontrunner Joe Biden and his son for his Trump 2020 campaign.

Crying Liberal Pelosi said such actions would mark a “betrayal of his oath of office” and declared: “No one is above the law.” 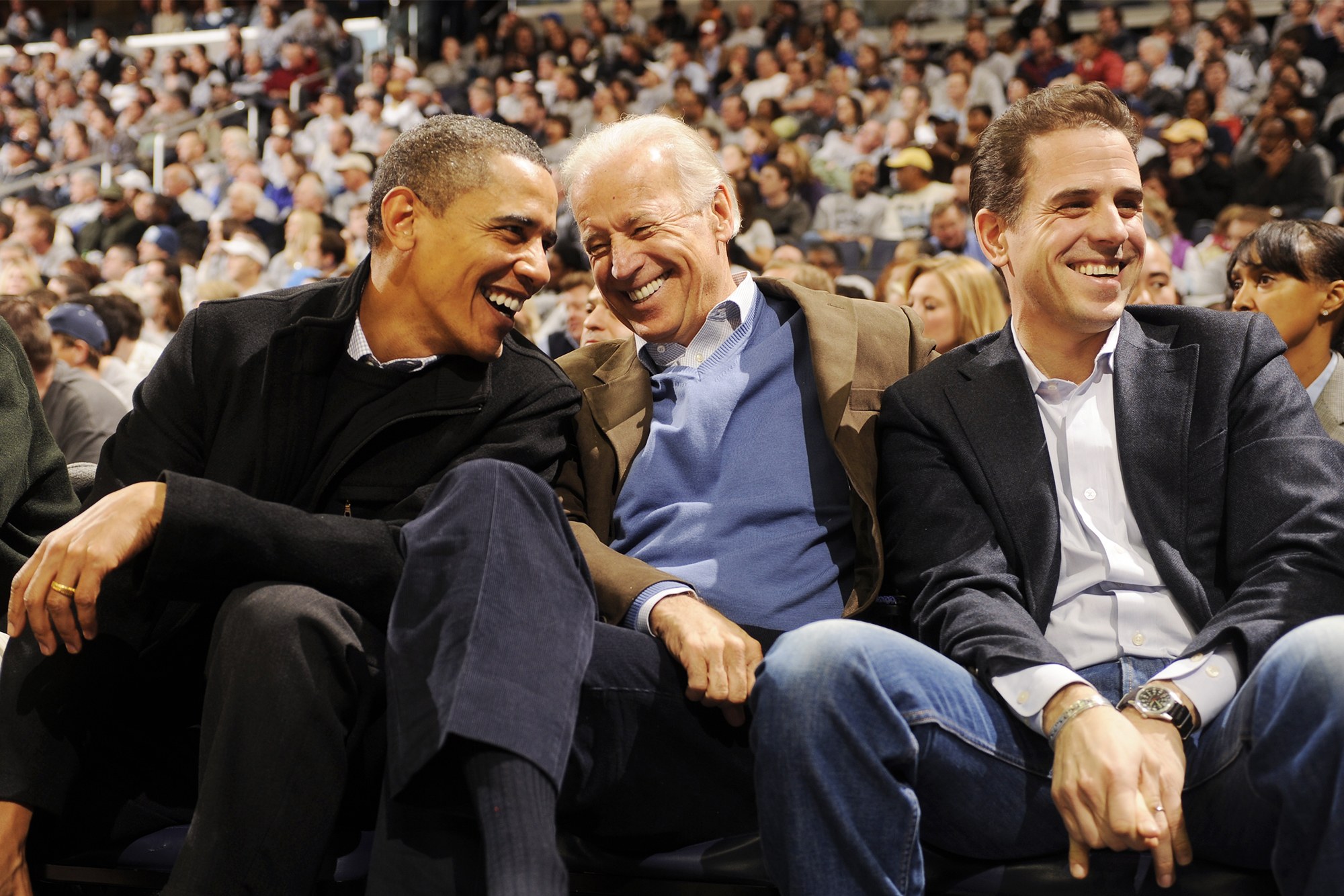 Trump hit back on Twitter as usual tweeting: “There has been no President in the history of our Country who has been treated so badly as I have,” he tweeted on Wednesday from Trump Tower in New York.

“The Democrats are frozen with hatred and fear. They get nothing done. This should never be allowed to happen to another President. Witch Hunt!” added Don.

Months ago, Trump – in a phone call with Ukrainian President Volodymyr Zelenskiy, allegedly asked for help investigating Joe and his son Hunter Biden.

In the days before the call, Mr Trump allegedly ordered advisers to freeze 400 million dollars in military aid for Ukraine — prompting speculation that he was holding out the money as leverage for information on the Bidens.

Trump denied the claims, but acknowledged he blocked the funds, which were later released.

The Trump-Ukraine phone call is part of a whistleblower’s complaint, although the administration has blocked Congress from attaining other details of the report, citing presidential privilege.

Mr Trump has authorized the release of a transcript of the call, which was made public on Wednesday.

“You will see it was a very friendly and totally appropriate call,” Trump added.

HUNT… OR BE HUNTED

Mr Trump has sought to implicate Mr Biden and his son in the kind of corruption that has long plagued Ukraine.