DOUGLAS High School in Parkland, Florida was the latest addition to the list of U.S. high schools that have endured the all too regular re-occurrence of mass-shootings.

Local media reports that “At least 14” people have been killed with the number expected to rise.

Footage showed dozens of officers and ambulances at the school as students ran or walked out with hands up. Some reported victims were seen being carried out of the school. 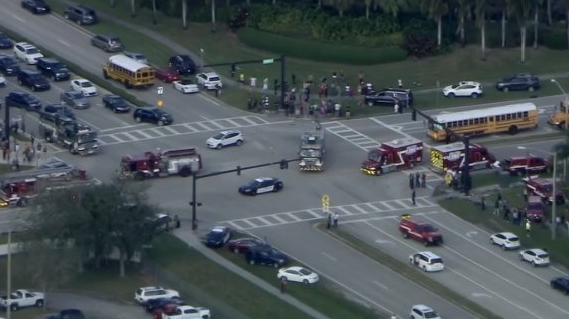 Footage posted on social media showed students cowering under desks in one classroom as gunshots rang out. 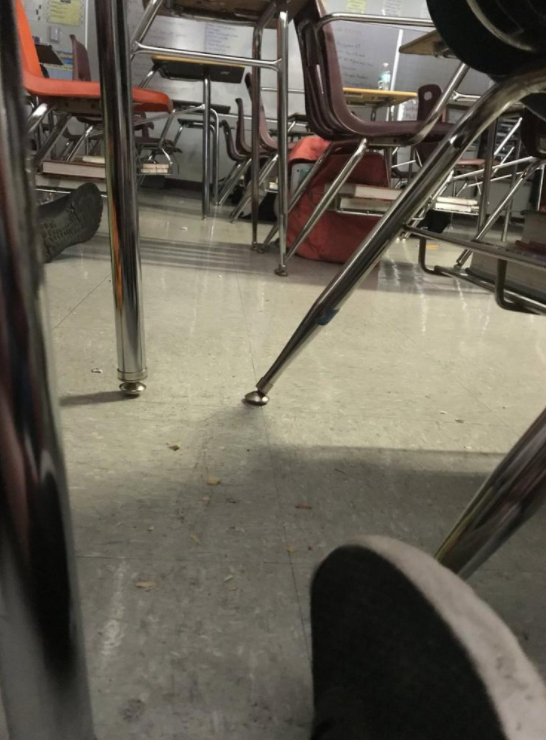 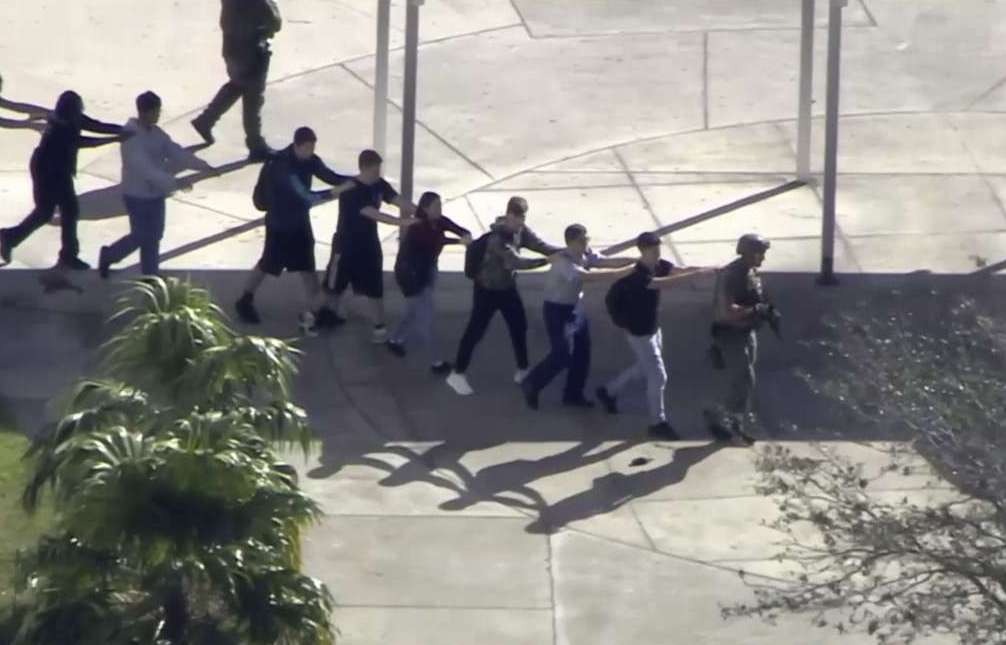 The alleged suspect is in custody in Hospital following the shooting at Marjory Stoneman Douglas High School that started around 2:30 p.m. local time on Wednesday afternoon.

Broward Schools Superintendent Robert Runcie said there were “numerous fatalities” but the exact number was unknown.

An eyewitness who was the older brother of one student, said his sister, was safe but “trembling in shock.”

“It’s just complete chaos out there,” he said a short distance from the school. “She was numb.”

School board officials said staff and students heard what sounded like gunfire shortly before dismissal, and the school went on an immediate lockdown.

U.S. Senator Bill Nelson said: “there were a number of fatalities,” citing Broward County officials, and that the shooter was not in custody, although authorities believed they knew who he was.

“This is a really bad day,” Nelson said.

President Trump said: “My prayers and condolences to the families of the victims of the terrible Florida shooting. No child, teacher or anyone else should ever feel unsafe in an American school.”