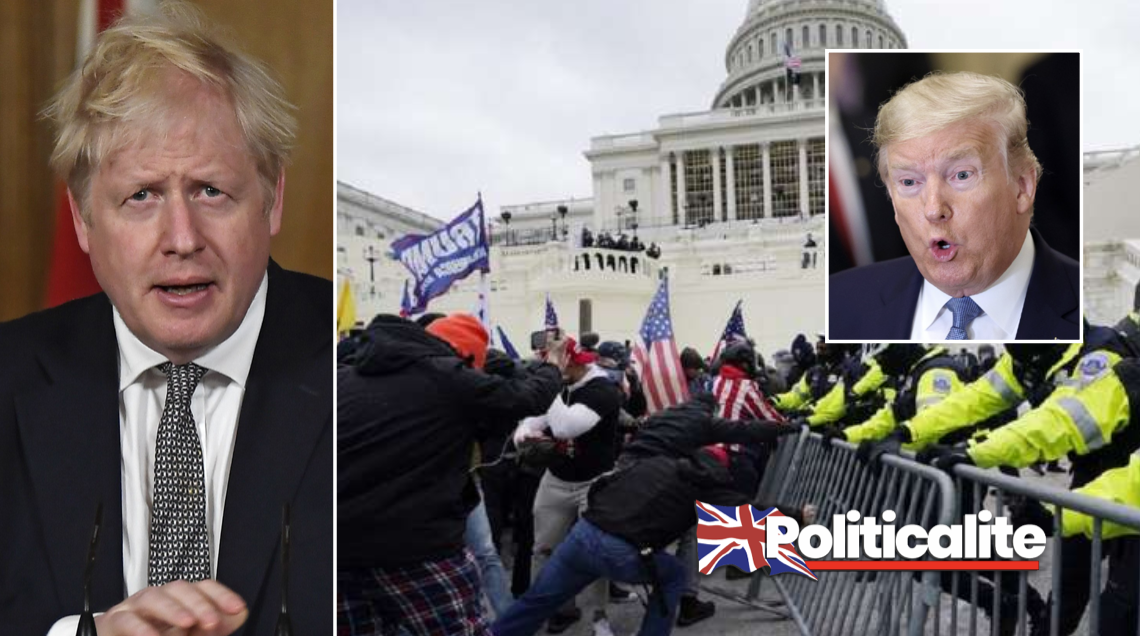 BORIS Johnson has called for a “peaceful and orderly transfer of power” in the United States after violent thugs stormed the Capitol and interrupted US lawmakers’ formal approval of Joe Biden’s presidential election win.

In chaotic scenes, supporters of President Donald Trump breached barricades and staged an occupation of the building in Washington DC on Wednesday.

Protesters clashed with police, tear gas was dispersed and one woman later died after being shot inside the US Capitol.

Demonstrators forced their way inside after a rally was held near the White House where Mr Trump encouraged them to march on Capitol Hill. His comments followed condemnation from a host of British politicians from all parties who described the scenes in Washington as “profoundly shocking” and “utterly horrifying”.

Foreign Secretary Dominic Raab tweeted: “The US rightly takes great pride in its democracy, and there can be no justification for these violent attempts to frustrate the lawful and proper transition of power.” 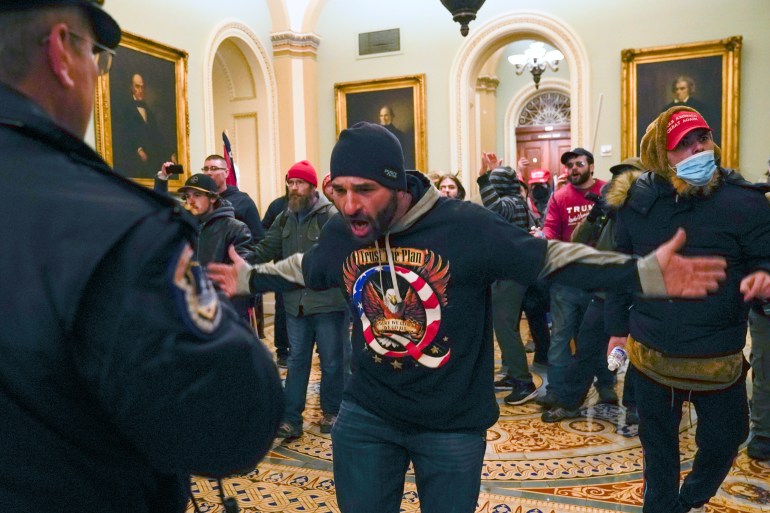 Scotland’s First Minister Nicola Sturgeon tweeted that the scenes were “utterly horrifying”, adding: “Solidarity with those in (the United States) on the side of democracy and the peaceful and constitutional transfer of power. Shame on those who have incited this attack on democracy.”

Meanwhile, the Twitter account of Archbishop of Canterbury, Justin Welby, asked that people “pray for the USA” and Nato Secretary General Jens Stoltenberg tweeted that “the outcome of this democratic election must be respected”.

As protesters attacked the Capitol, both chambers of Congress were forced into recess as they debated the Electoral College vote that handed Mr Biden the presidency.

Mr Trump initially tweeted to ask his supporters to “remain peaceful” before posting a video asking protesters to “go home”.

But he also used the video to claim that the election was “fraudulent” and that he feels supporters’ “pain”. 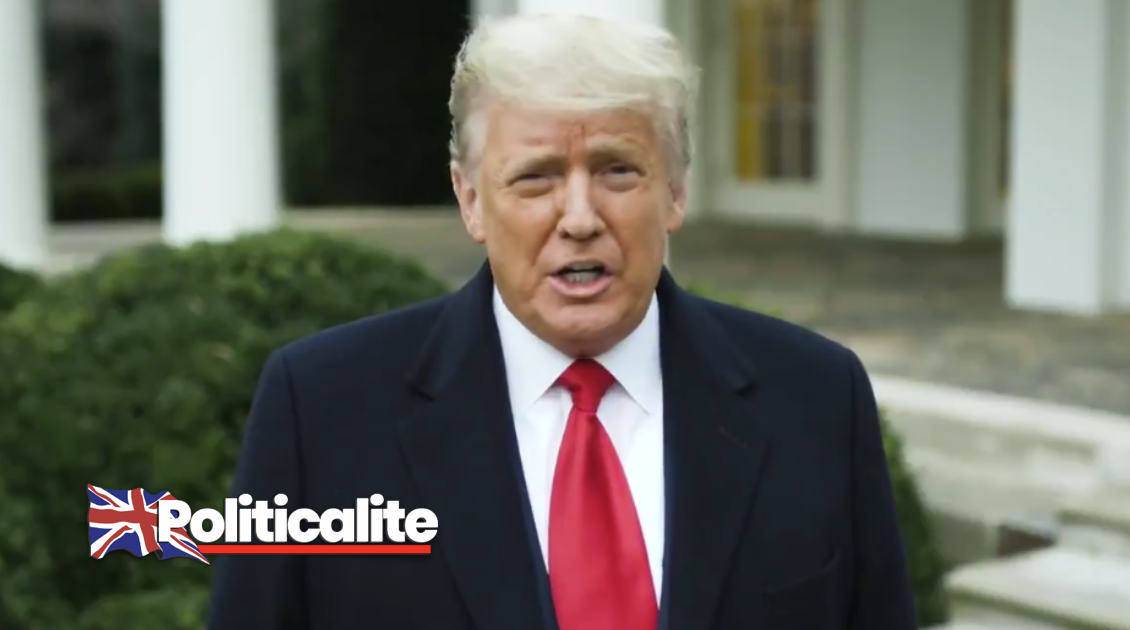 Politicians were told by police to put on gas masks after tear gas was released in the Capitol’s Rotunda amid skirmishes.

Senators were evacuated, with other politicians tweeting that they were taking shelter in their offices.

Law enforcement officials later said an explosive device found near the building was “no longer a threat”.

Washington DC police chief Robert Contee, calling the violence “a riot”, said at least five weapons were recovered and at least 13 people arrested over the protests.

A 6pm curfew was also declared.

A HANDFUL of violent Trump supporters lost control in America’s capital yesterday and tried to stop democracy in action, even if we don’t like the result of the Democratic vote in America, we have to accept it.

Mr Trump’s Election and Brexit have often been said to go hand in hand. The will of the people, getting democracy after decades of failed governance by Establishment politicians, the thing is, now Mr Trump is going against the will of the American people.

If Mr Trump holds on to power and the US Election result and democratic systems being sidelined, we will set a dangerous precedent for the future. Despite supporting Mr Trump and his populism, we must remember that America – the beacon of democracy and freedom in the west, and Britain have in the past gone to war with dictatorships.

We have been the worlds policemen and have ousted un-democratic leaders in foreign lands. Mr Trump is starting to act like a despot. His caravan of supporters are often compared to those in some parts of the ISIS controlled middle-east.

How can we call out dictators, whilst allowing Mr Trump to over-ride democracy with violence and intimidation to stay in power? Is his thirst for power really for the people? or is it for his own gain? Will the left-behind American people really benefit if Trump over-rides democracy?

Violence and fear must never prevail and for the sake of America, its time Mr Trump either stood down or conceded. We have supported Donald Trump since his incredible win in 2016, we have loved to cover his unique way of running the greatest country on earth, we even explored his claims of voter fraud, but he failed to deliver in court.

His claims turned out to be a big greasy “nothing burger” and despite making politics great again, the violence seen in America’s capital last night, the home of freedom, can never be promoted, or accepted as the norm. Enough is Enough.

The four-year Trump experiment has ended in disaster and instead of gracefully admitting defeat and allowing a peaceful transition of power, Mr Trump has made baseless claims of voter fraud that he has so far failed to back up in court.

We would have loved nothing more than for Mr Trump to have exposed the Democrats and proved his claims of voter fraud, but he came up short. How can anyone continue to support the President when he cannot provide proof of his claims?

With a heavy heart… Times up, Mr President.