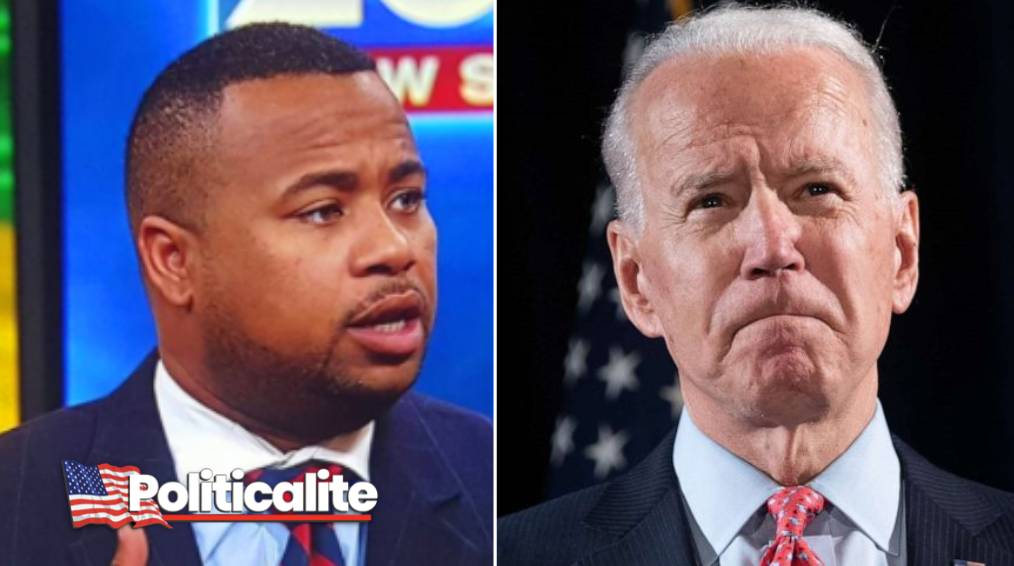 A DEMOCRAT Director of Texas state political strategy for the Joe Biden Presidential campaign has been accused for electoral fraud.

Democratic Party operative Dallas Jones was formally accused of helping run an illegal ballot harvesting operation in the state of Texas on behalf of the Joe Biden campaign during this contested Presidential election.

According to the National File two investigators, including a former FBI agent and former police officer, testified under oath they have Democratic Party internal documentation as well as video evidence and witnesses for their investigation. 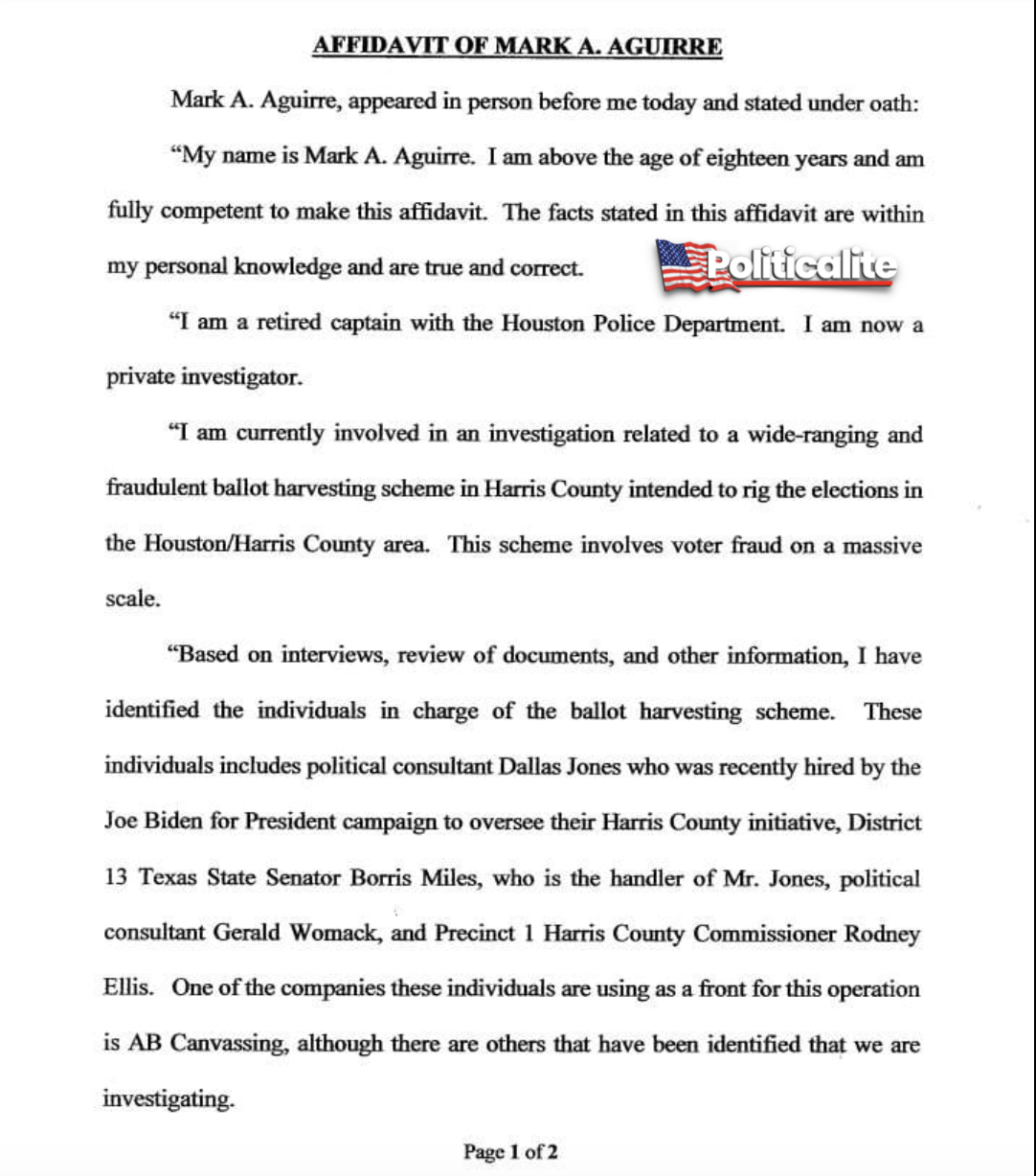 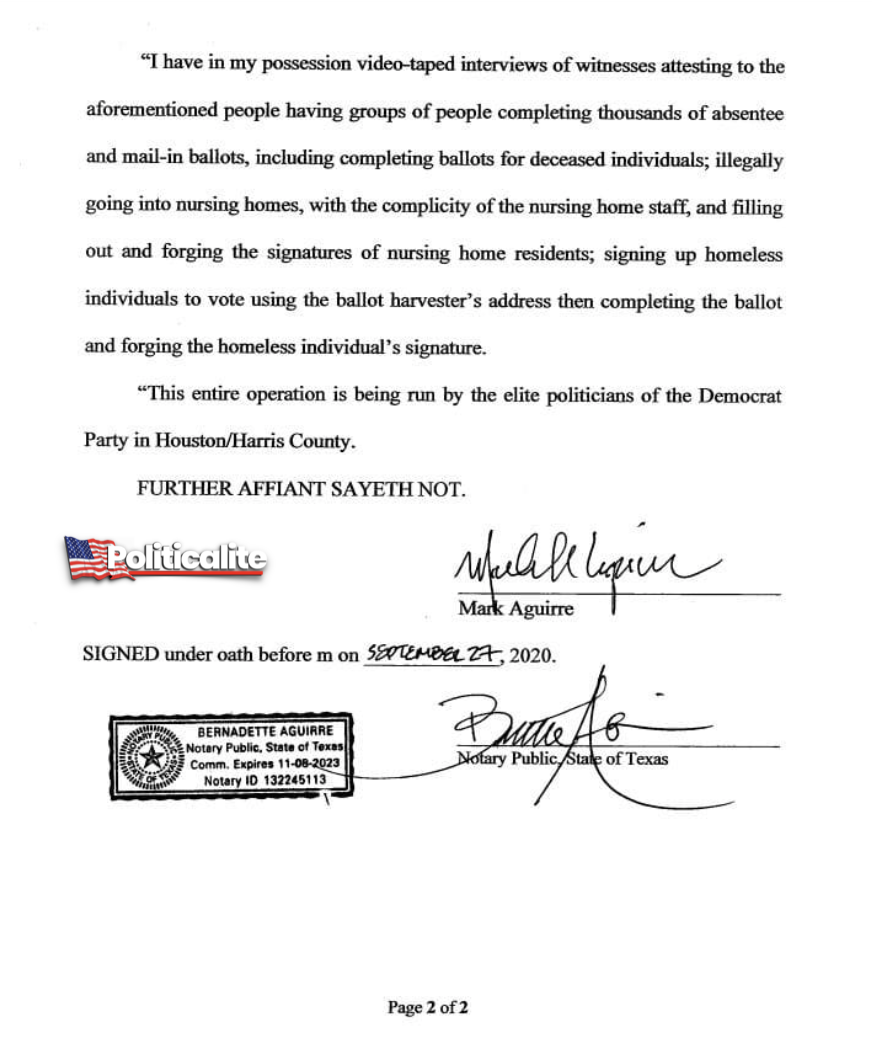 “I am above the age of eighteen years and am fully competent to make this affidavit. The facts stated in this affidavit are within my personal knowledge and are true and correct.”

“I am a retired captain with the Houston Police Department I am now a private investigator.

“I am currently involved in an investigation related to a wide-ranging and fraudulent ballot harvesting scheme in Harris County intended to rig the elections in the Houston/Harris County area. This scheme involves voter fraud on a massive scale.”

“Based on interviews, review of documents, and other information, I have identified the individuals in charge of the ballot harvesting scheme.”

“These individuals includes political consultant Dallas Jones who was recently hired by the Joe Biden for President campaign to oversee their Harris County initiative.”

“District 13 Texas State Senator Borris Miles, who is the handler of Mr. Jones, political consultant Gerald Womack, and Precinct 1 Harris County Commissioner Rodney Ellis. One of the companies these individuals are using as a front for this operation is AB Canvassing, although there are others that have been identified that we are investigating.”

“I have in my possession video-taped interviews of witnesses attesting to the aforementioned people having groups of people completing thousands of absentee and mail-in ballots, including completing ballots for deceased individuals; illegally going into nursing homes, with the complicity of the nursing home staff, and filling out and forging the signatures of nursing home residents; signing up homeless individuals to vote using the ballot harvester’s address then completing the ballot and forging the homeless individual’s signature.”

“This entire operation is being run by the elite politicians of the Democrat Party in Houston/Harris County.”

The accusations have added further weight to President Donald Trump’s claims of widespread voter fraud, that the mainstream media have claimed is “false” and have “no proof”, this arrest is sure proof enough.

Mr Trump has said the Election is “far from over” citing claims of fraudulent ballots and said he will continue to press ahead with legal action.

The US President has said “We all know why Joe Biden is rushing to falsely pose as the winner and why his media allies are trying so hard to help him: they don’t want the truth to be exposed. The simple fact is this election is far from over.”

“Joe Biden has not been certified as the winner of any states, let alone any of the highly contested states headed for mandatory recounts, or states where our campaign has valid and legitimate legal challenges that could determine the ultimate victor.”

“In Pennsylvania, for example, our legal observers were not permitted meaningful access to watch the counting process. Legal votes decide who is president, not the news media.”

Mr Trump added: “Beginning (on) Monday, our campaign will start prosecuting our case in court to ensure election laws are fully upheld and the rightful winner is seated.

“The American people are entitled to an honest election: that means counting all legal ballots and not counting any illegal ballots.”

“This is the only way to ensure the public has full confidence in our election.”

“It remains shocking that the Biden campaign refuses to agree with this basic principle and wants ballots counted even if they are fraudulent, manufactured or cast by ineligible or deceased voters.”

“Only a party engaged in wrongdoing would unlawfully keep observers out of the count room – and then fight in court to block their access.”

“So what is Biden hiding? I will not rest until the American people have the honest vote count they deserve and that democracy demands.”

OH ‘BOVVER’ BOY! Trump Brands Antifa ‘SCUM’, says They ‘Ran For The Hills’
FEDERAL PROSECUTOR: We have the evidence to charge the Biden campaign with Voter Fraud in multiple states
To Top