DRAINING THE SWAMP: President Trump 'preparing to shake corruption to its core'
Advertisement 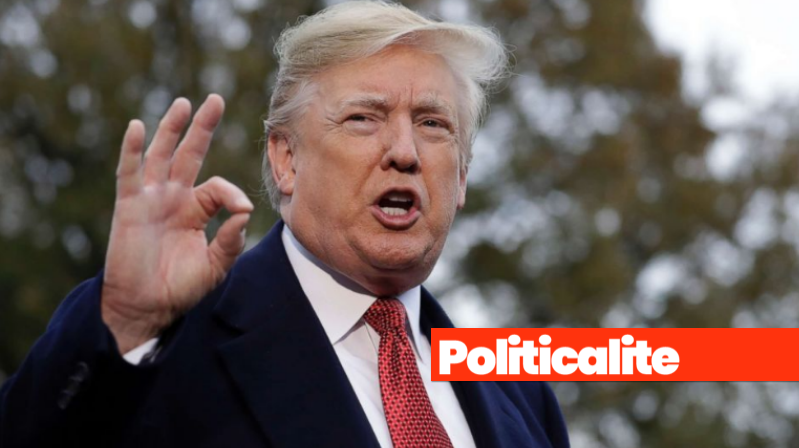 Last night Fox News host Sean Hannity, who is a keen constitutionalist and a close ally of President Trump appeared to give the clearest indication so far that justice is about to be served. 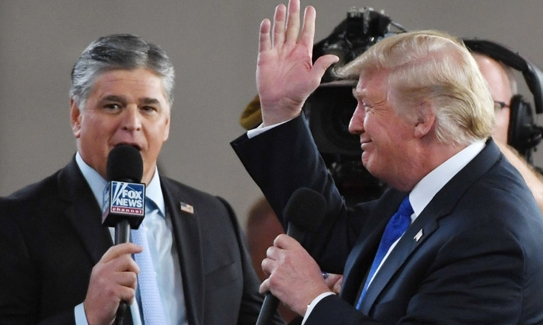 Many believe that his comments are directly linked to the findings of the Mueller report and the impending declassification of crucial FISA documents.

It is believed that there are as many as 82,000 sealed indictments potentially to be released, not all of them relating to the alleged Russian collusion in the 2016 US Presidential election which has recently been debunked in the US but has been given very little airtime in the UK and there is a reason for that which I will go into later.

In the coming weeks we are going to see the summary of Robert Mueller’ investigation into alleged collusion between Russia and the Trump campaign, the report is said to show that there was absolutely no collusion or collaboration between Russia and the Trump campaign during the elections of 2016, with some commentators and political analysts suggesting that it’s going to be a huge flop and anti-climax for the Democrats and those on the left who were harbouring ideas of impeaching President Donald J. Trump.

It is then suggested that we will see the declassification of the FISA documents which will bring the house down and shine a light on where the real collaboration came from, with the spotlight shining firmly on the United Kingdom Government and its security services.

This is going to open a real can of worms for the UK Government, Prime Minister Theresa May, former Prime Minister David Cameron and the British secret services when the FISA documents are declassified and it will confirm clear collusion with their counterparts in the US to derail Trump’ presidential campaign, effectively committing treason and an act of war against the US and her electorate.

The Australian Government is also implicated with the FISA documents.

You may recall Britain recently approaching the Americans begging and pleading with the United States not to release the documents as it will highlight their involvement in trying to prevent Trump from becoming the 45th President of America.

We reported back in December that former UK spy and secret service agent Christopher Steele was heavily involved in creating the phoney Russian dossier with Fusion GPS which was passed to now-deceased Republican Senator John McCain and gave former President Barack Obama authorisation to monitor and spy on the Trump campaign.

It was also later revealed that Hannigan had given a good reference and used GCHQ assets to protect a high ranking Australian paedophile priest, the priest, Cardinal George Pell, is believed to be a close family friend of Hannigan and has recently been charged with sexual offences against children.

It is no coincidence at all, given the involvement by the UK government and the British secret services during the real plot and collusion to prevent Trump taking the hot seat in the Oval Office, that Hannigan relinquished his post.

Is it any wonder that we have had almost a complete media blackout in the UK relating to no evidence of collusion being found between the Russian’s and the Trump campaign given what is due to be released in the FISA documents which will expose that our own government were the real collaborators?

The UK Government want to keep this quiet because they do not want the true extent of their acts of war and espionage in an attempt to take down the President being exposed for the world to see. Their reputation as the greatest democracy on the planet will be left in tatters and will serve to highlight the levels of corruption they instigate and are involved in.

Billionaire businessman and the 45th President of the United States Donald J. Trump is a genius and a renowned strategist, he is now tipped to serve justice to all of those who played a part in trying to take him down and effectively robbing the American electorate of what they voted for.

Hillary Clinton was never meant to lose the election but now they will all lose. The fake Russian dossier was created as an insurance policy just in case Trump was elected.

The OIG (Office Of Inspector General) in the US has been ramping up its work behind the scenes and gearing up for criminal proceedings in America against all of those involved in the biggest scandal to unfold in US history. There are currently around 470 investigators collating information and evidence across all of the US states with two special prosecutors also working alongside Michael Horowitz investigating the corruption that is embedded in the US and global politics.

President Trump has vowed to return power to the people, not just in America but across the globe, he has stated on several occasions that he will take power away from the corrupt officials and overreaching governments and will restore it to the people in an action that is expected to be a revolutionary period in world history.

Trump has always stated that it would be America first before settling the conflicts in the Korean Peninsula which he’s almost completed. He is going to tackle the regime in Iran before focusing the attention of the greatest superpower on earth to Europe, the EU and the UK, returning power to the people.

This is the reason why he is attacked on a daily basis, rogue governments and mainstream media outlets are in the tank for the globalists like George Soros and Trump stands against everything they are seeking to achieve.

This is the reason why they dislike him so much and want him to fail because he is taking their power away from them and returning it to the people.

Nobody had a bad word to say about Donald J. Trump until he announced he was running for President and standing against the globalist agenda.

FART OF THE DEAL: Trump SLAMS May and says he’s “surprised at how badly” Brexit has been handled