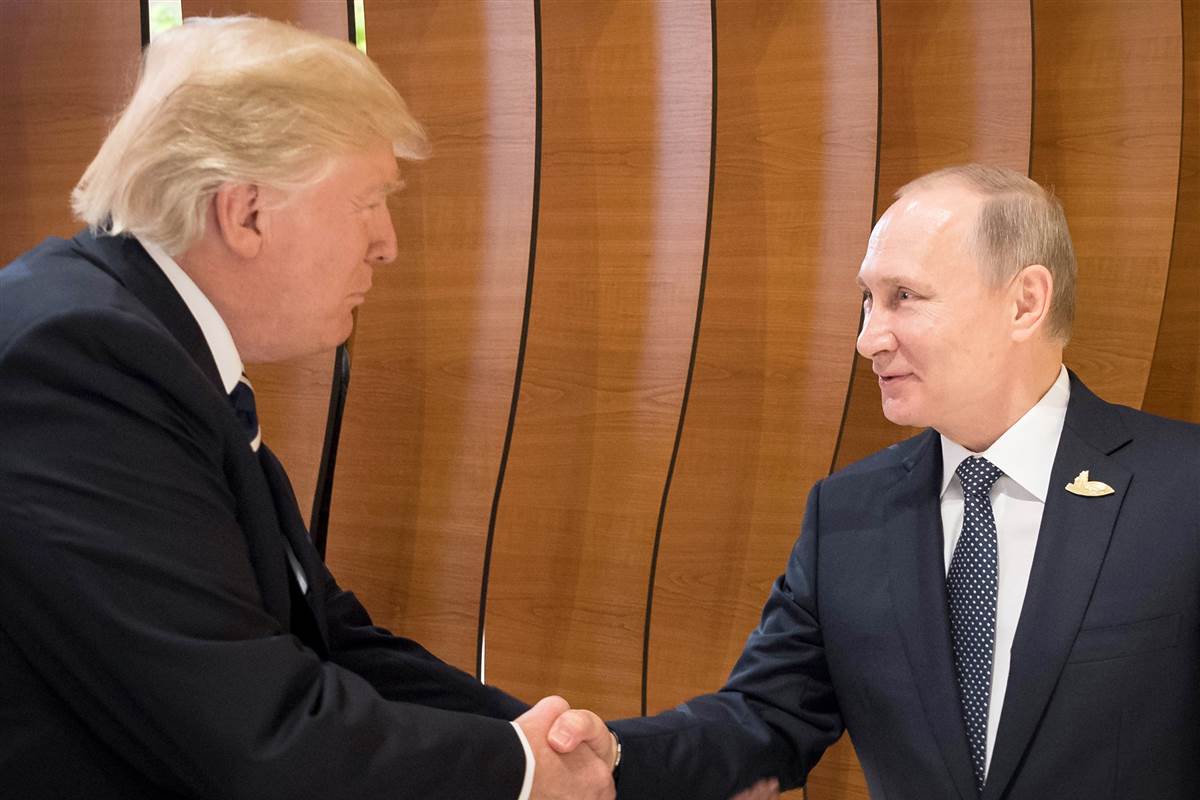 With broad grins and a warm handshake, Trump and Putin warmed up for their historic encounter on Friday under the shadow of U.S. Democratic outrage regarding alleged ‘Russian election-meddling’.

Trump offered his hand to Putin and patted Putin’s elbow as both men smiled. In another clip posted on Facebook, Trump patted Putin on the back as they stood side by side.

The two powerhouse leaders planned later Friday to hold longer talks on Syria and other issues on the sidelines of the Group of 20 economic summit, The White House said it has scheduled 35 minutes for the Trump-Putin meeting.

“Much to discuss,” Trump tweeted in advance of the encounter.

But much of the focus — both in Washington and Moscow — will be on whether Trump broaches the issue of Russia’s meddling in the election. Putin, a former Russian intelligence agent, is known to come to high-profile meetings like this well-prepared.

The Putin meeting comes midway through a hectic, four-day European visit for Trump, who addressed thousands of Poles in Warsaw, Poland.