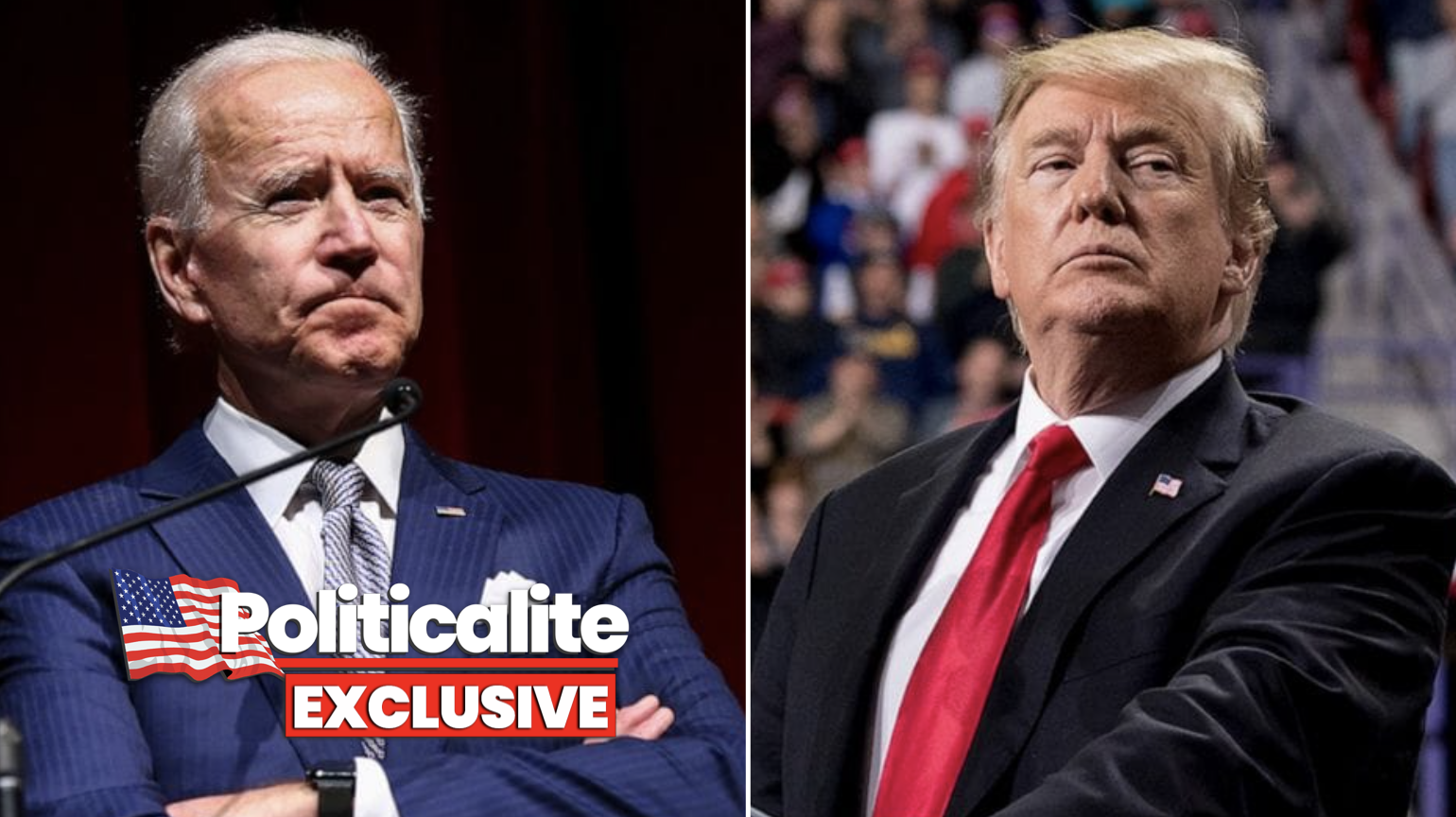 CONGRESS has officially informed Democratic presidential candidate Joe Biden that he is not yet President-Elect, despite the Democratic Party and mainstream media claims, Politicalite can exclusively reveal.

A letter leaked to Politicalite, the administrator of the General Services Administration Emily W. Murphy, who is responsible for recognizing a President-Elect for a potential transfer of power to begin told Biden’s team he was not President Elect. 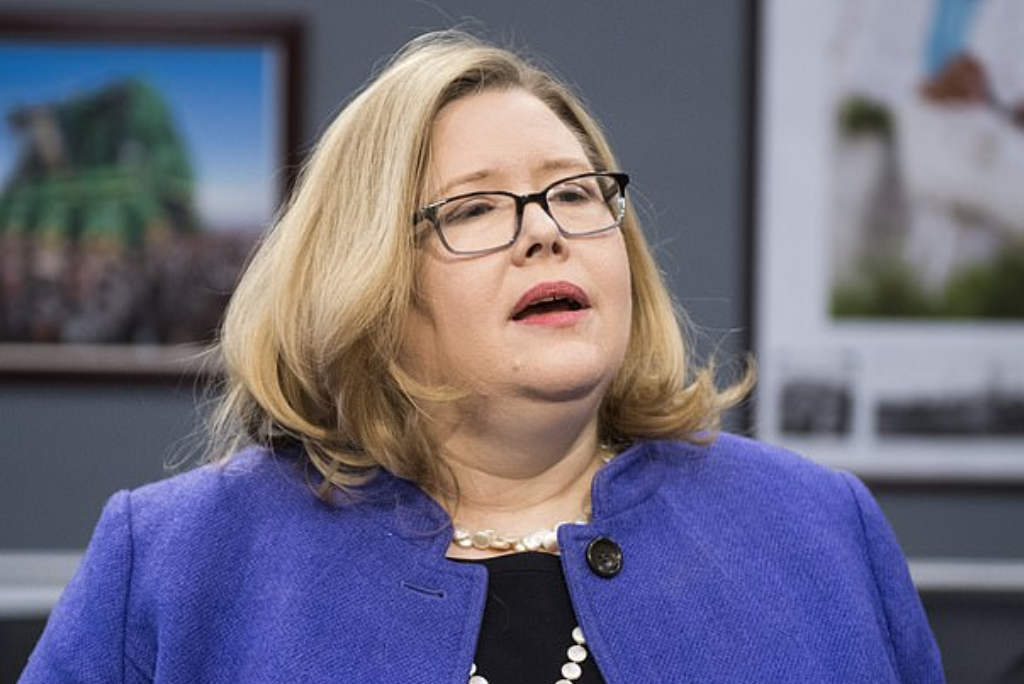 Murphy claimed: “There are enough state contests in question, such that there is not yet an apparent President or Vice President- Elect.”

“On November 9th 2020, Democratic House Members sent you a letter that misrepresented the facts surrounding your responsibilities under the Presidential Transition Act of 1963 (Act). I write to correct the record.” the letter read.

“There are enough state contests in question, such that there is not yet an apparent President or Vice President- Elect.”

“The drafters of the Act anticipated three electoral situations where there would be an un-apparent President-Elect m: (1) a tie, (2) a plurality winner, or (3) the presence of extensive voter fraud or intimidation. The third being applicable to the 2020 since the Trump campaign has raised questions and filed legal challenges in several states.”

“The drafters concluded that “if there is any doubt in the Administrator’s mind” the Administrator does not have to release transition assistance. Since States have not yet been certified an electoral winner and some states are still tabulating legal ballots, there remains doubt as to the winner.”

“According to Congressional intent and past precedent set by President Clinton, as of today, there is no apparent President-Elect.”

“A GSA spokesman recently stated that “the GSA Administrator ascertains the apparent successful candidate once a winner is clear based on the process laid out in the Constitution” I strongly encourage you to do just that: follow the Constitution and past precedent, not the media, when making your determination of the President-Elect. This democracy relies on a rule of law and the law must be followed.” 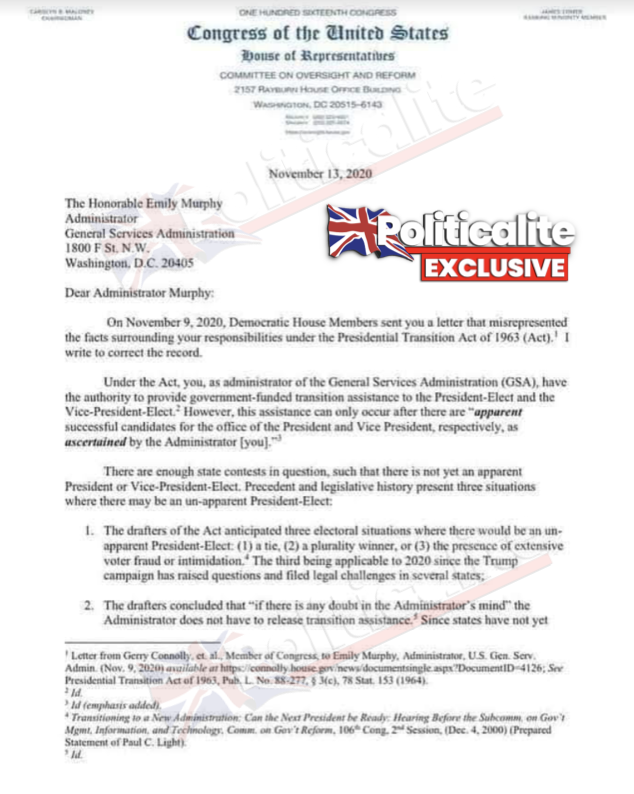 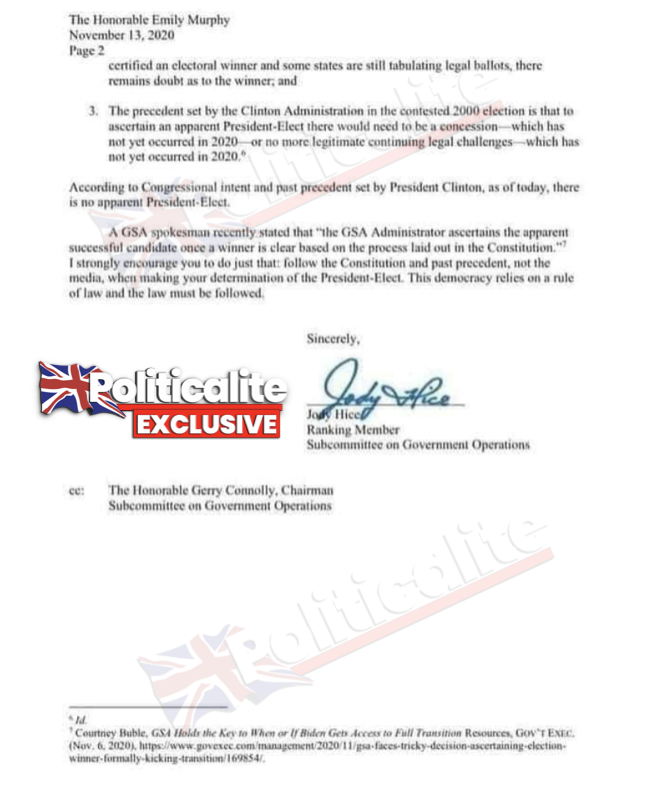 The letter followed a tweet by President Donald Trump who told his more than 84 million followers on Twitter that the media should not “assume” Mr Biden will ascend to the Presidency.