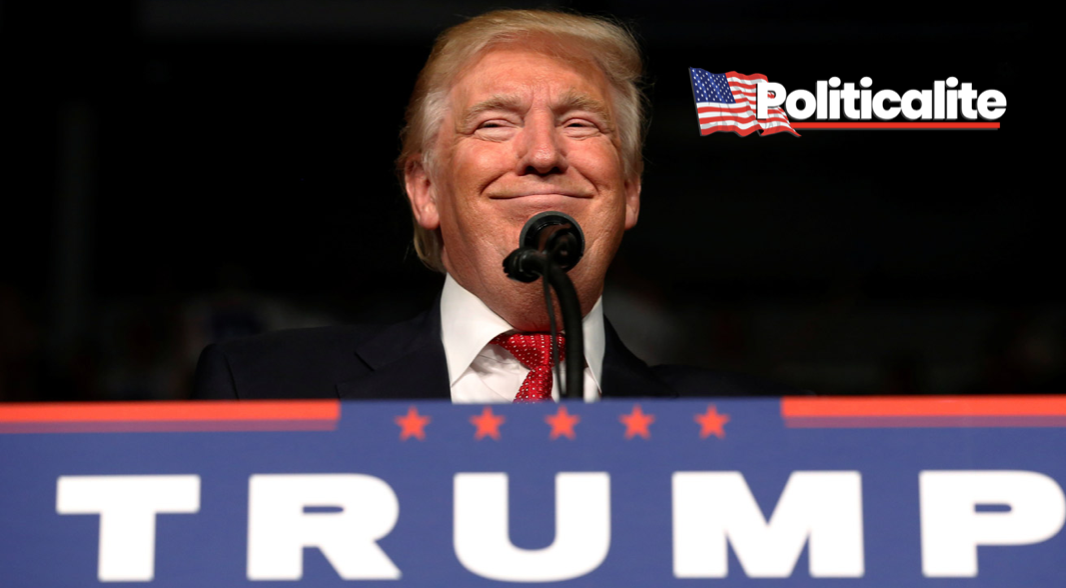 REBEL in Chief, President Donald J. Trump has vowed that he “Concedes Nothing!” and called for a RE-RUN of the US General Election as Joe Biden is given the green light to begin a transition after alleged threats from ‘Bidens Brownshirts.”

According to reports, Emily Murphy, the chief General Services Administrator (GSA) for the US Federal Government was ‘forced’ into letting Biden’s team start a transition process. 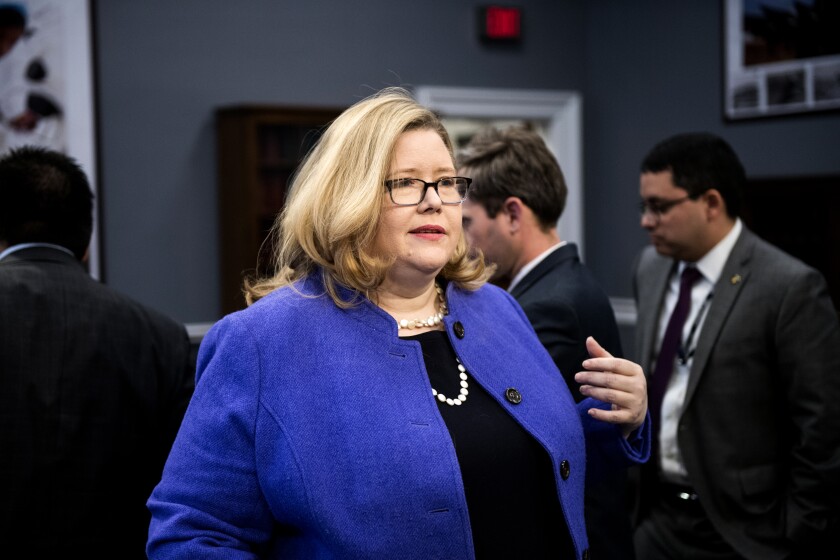 Murphy had refused to do so due to multiple states are still being contested.

Today Mr Trump denied ‘Fake News’ reports of him conceding and retweeted a message that said “I concede nothing!” to troll Liberals.

The President also attacked Fox News and demanded the election be rerun.

‘I concede NOTHING!!!!!,’ the president said in one retweet that featured a photo of himself standing in the Oval Office next to the resolute desk. 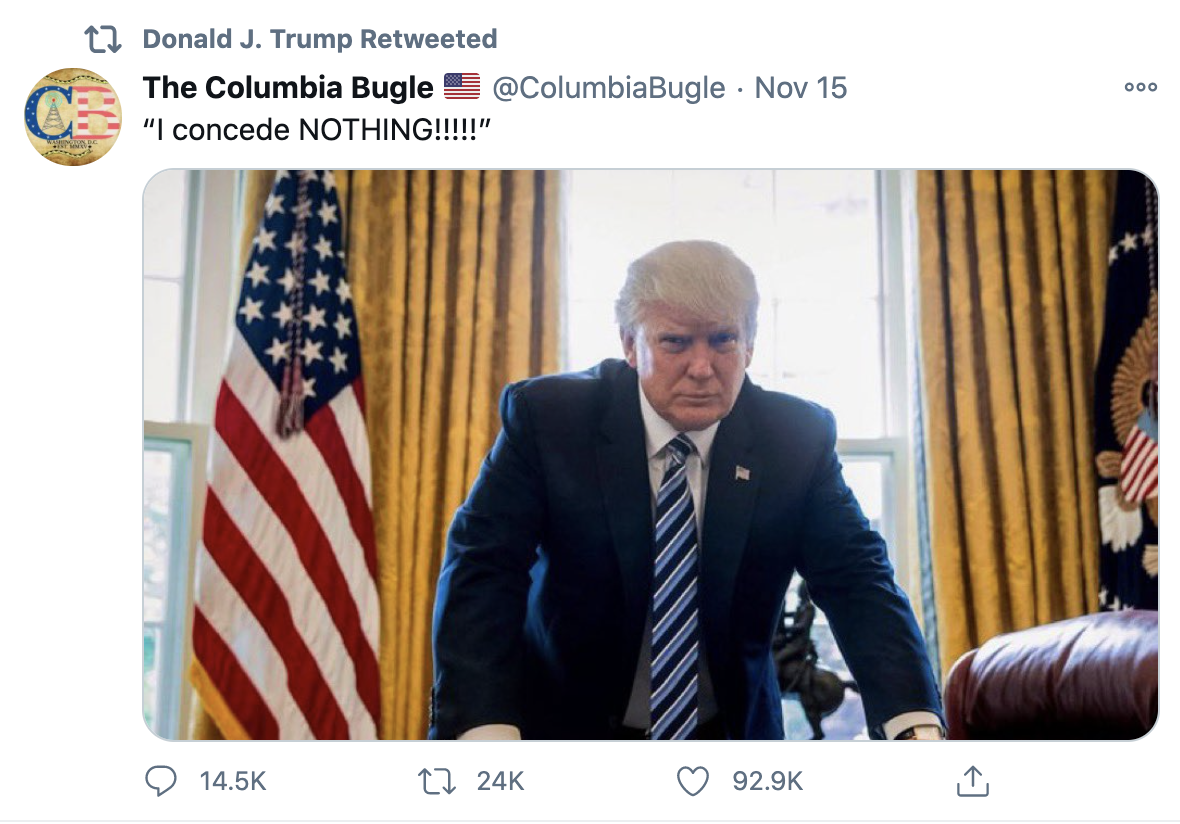 And he came into the White House briefing room to make a short statement on the stock market after the Dow hit 30,000 points for the first time in its 125-year history.

The president made no mention of the election when he spoke, which was for less than a minute.

“That’s the ninth time since the beginning of 2020 and it’s the 48th time that we’ve broken records during the Trump administration and I just want to congratulate all the people within the administration that worked so hard.”

“And most importantly I want to congratulate the people of our country, because there are no people like you. Thank you very much everybody,” added Trump.