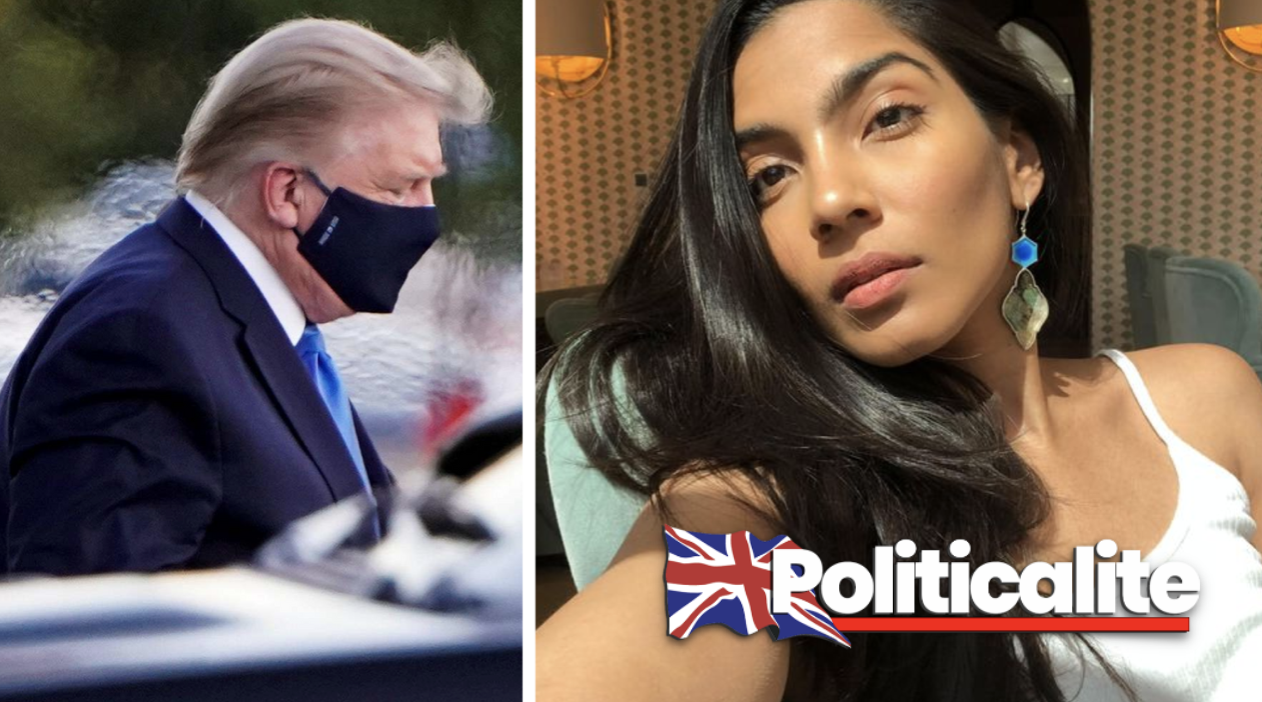 NASTY Democrats and Leftists wished death on US President Donald Trump and First Lady Melania Trump after it was announced the pair had Coronavirus.

The response from the left ranged from those who wanted him simply dead, to those who celebrated in general and those who felt that he deserved it, for a alleged lack of seriousness concerning the coronavirus epidemic, of which has so far killed over 200,000 people in the United States, and is one of the major issues in the upcoming Presidential Election, set to take place on the 3rd of November.

There were those that simply wished the President dead.

Former Hillary Clinton spokeswoman Zara Rahim stated that she hoped ‘he dies’ , while far-left Young Turks contributor Hasan Piker felt it was cool, both in since deleted tweets. 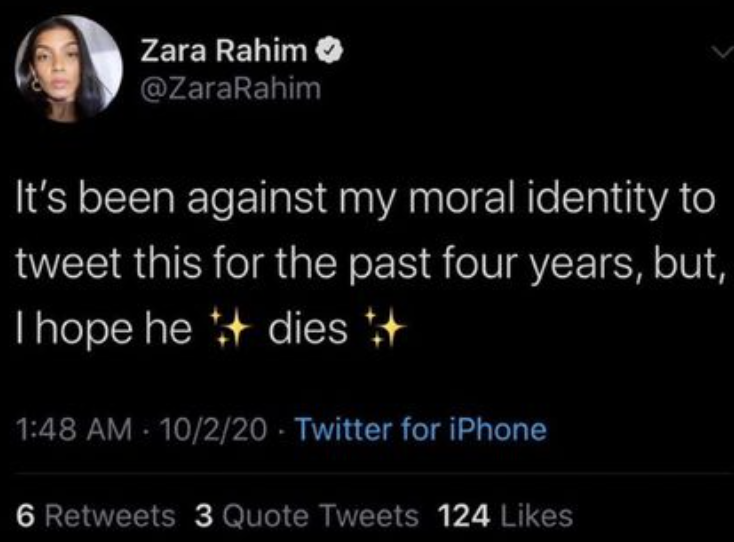 Comedienne Lisa Curry took a similar line, noting that she hoped that ‘he suffers through this’ and ‘dies as he’s losing on election night’, and then doubled down on that stating that his death ‘could save lives’, while noting that she didn’t care if any ‘white supremacist dies’, despite Trump’s repeated denunciations of such types, like of former KKK Grand Wizard David Duke.

I hope he suffers through this and dies as he’s losing on election night.

Honestly if he dies from this, it could save lives. If he survives, anyone with a trace of doubt about Covid will stop taking any precautions and we will live in hell forever.

To be clear, I don’t care if *any* white supremacist dies. They can all go.

Others simply celebrated the news. For example, controversial feminist activist Linda Sarsour in a since deleted tweet claimed it was a conspiracy, stating that it seemed that ‘someone don’t wanna go back to the debate stage’.

Comedy Central writer Alex Blagg expressed his ‘support’ for both Trump and his Communications Director Hope Hicks – of who allegedly spread the virus to Trump and Melania – by hoping ‘they both die’, and former Obama advert maker Greg Pinelo felt it was an opportunity to install the Democratic House Of Representatives speaker Nancy Pelosi as the President through invoking the ’25th amendment’.

Meanwhile, others felt it was a good thing, due to Trump’s alleged lack of care over handling the coronavirus in the United States, or for other reasons. Former Elizabeth Warren campaign staffer Max Berger stated that ‘Trump did this to himself’ as he had ‘inflicted this same misfortune upon millions of others’, citing his alleged white supremacy and having been ‘responsible for more American deaths than 9/11 and the wars in Vietnam, Korea, Iraq and WWI combined’ referring to the coronavirus death toll, while finishing that ‘no should feel bad for him’.

Trump did this to himself. He inflicted this same misfortune upon millions of others.

He’s a corrupt, white supremacist criminal who’s responsible for more American deaths than 9/11 and the wars in Vietnam, Korea, Iraq and WWI combined.

No one should feel bad for him.

Others took the same line. Most notably Chloe Bennet, best known for her starring role in the hit Marvel TV show Agents Of S.H.I.E.L.D., tweeted that ‘turns out wearing a mask does make a difference’, referring to the President’s liberal views on the matter. Several faces behind the anti-Trump neoconservative attack group The Lincoln Project also criticised Trump on this front, most notably attorney George Conway – of who was once considered by Trump to be Solicitor General of the United States, before Noel Francisco was appointed in March 2017 – who stated that ‘he failed to protect the country’ and therefore ‘couldn’t even protect himself’. Washington Post columnist Max Boot took a similar line, claiming that Trump had been reminded ‘in the most awful way possible’ about the coronavirus.

Wow so turns out wearing a mask does make a difference…

He failed to protect the country.

He couldn't even protect himself.

Trump seemed to base his whole reelection campaign on the pretense that the coronavirus was magically going to disappear.

Now he has been reminded, in the most awful way possible, that the threat is not going away anytime soon. @PostOpinions https://t.co/pFqOKXDOUL

There has been no updates as of yet as to how this will affect the campaign, including the Presidential debates with his Democratic challenger Joe Biden, the second of which is set to take place in Miami, Florida on the 15th of October, and the final of which is set to happen on the 22nd of October in Nashville, Tennessee.

During this time, a debate between current Vice President Mike Pence and his challenger Kamala Harris is set to take place in Salt Lake City, Utah on the 7th of October, with the main Presidential Election falling on the 3rd of November, 2020.