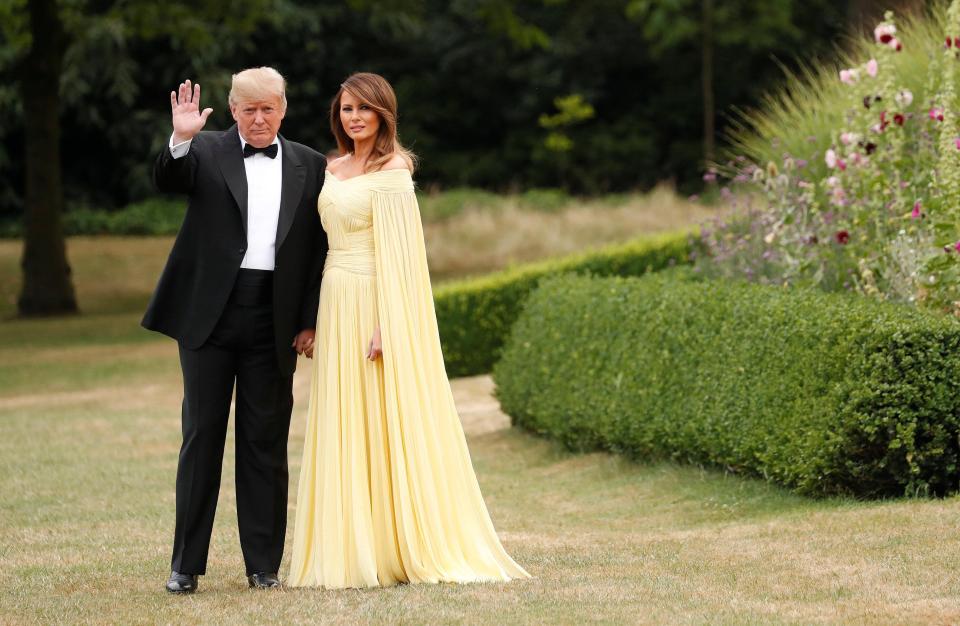 DONALD Trump has told The Sun that despite being made to feel “unwelcome” by the antics of Mayor Of London Sadiq Khan and a handful of protestors that he “loves the UK” and he gets “thousands of notifications from people in the UK” saying they love the President of the United States.

Mr Trump could barely contain his disdain when it comes to Mayor Khan who approved the flying of a 20ft Trump Baby Blimp above Parliament Square to mark the Presidents arrival: “I guess when they put out blimps to make me feel unwelcome, no reason for me to go to London.

I used to love London as a city.” said Trump. “I haven’t been there in a long time. But when they make you feel unwelcome, why would I stay there, and when I say that I am talking about government because the ­people of the UK agree with me.”

He added: “You know, a poll just came out that I am the most popular person in the history of the Republican Party — 92 per cent. Beating Lincoln. I beat our Honest Abe, but the people of the UK, and I’ll bet if you had an honest poll, I’d be very strong. They want the same thing I want. I love the UK.” 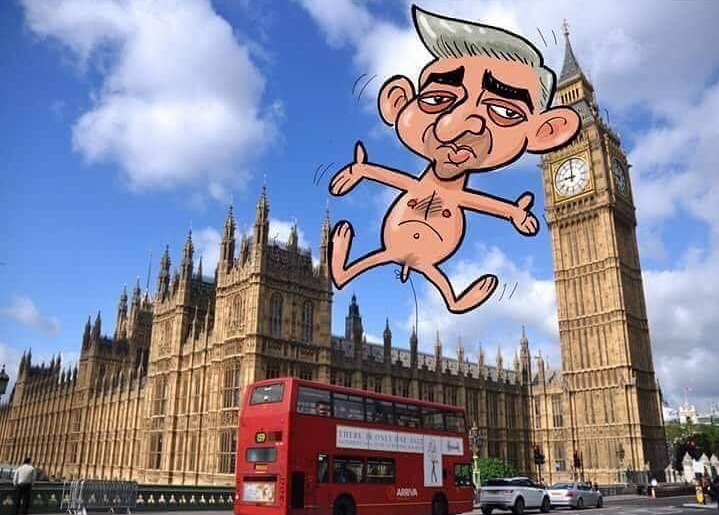 Turning to Mayor Khan’s policy failures he said: “Take a look at the terrorism that is taking place. Look at what is going on in London. I think he has done a very bad job on terrorism.

His comments formed part of a wider critique of a migration policy which he said is leading to the whole of Europe “losing its culture”. It is a culture that the President clearly greatly admires, when presented by the paper with an England football shirt he describes England as a “beautiful word” that we “don’t hear often enough”. Also, it is a culture he himself is a product of with a German father and Scottish mother.

Mr Trump clearly is the peoples President, not afraid to speak on their behalf against out of touch elites. No wonder he remains so popular in the face of a vicious assault by the fake stream media and establishment politicians like Mayor Khan.