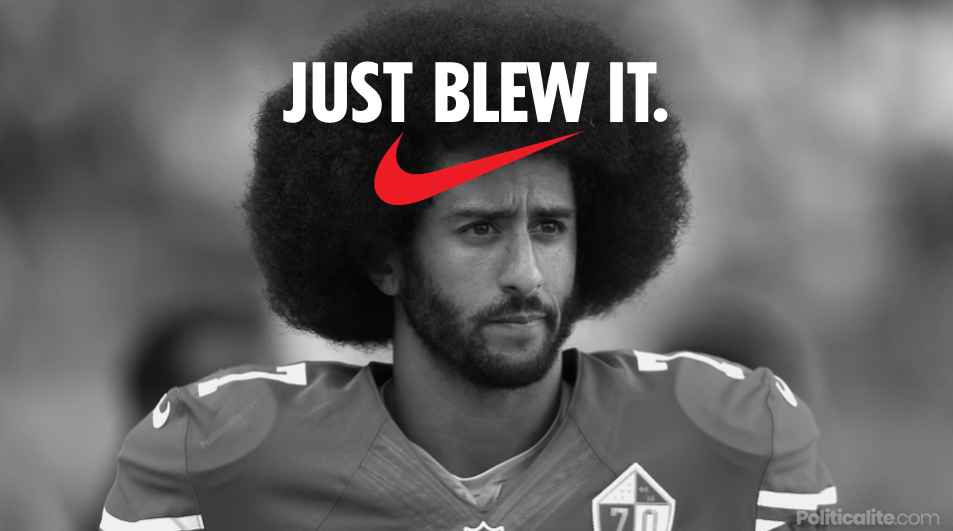 NIKES Shares have taken a knee after the company used former NFL Quarterback Colin Kaepernick in an advert.

American sportswear company Nike was celebrating 30 years of the slogan ‘Just Do It’, but it seems the company misjudged the mood of Trump’s America as a boycott was soon launched after the company unveiled Kaepernick.

Tens of thousands of people used the hashtag #NikeBoycott on Twitter and following this, shares in the sportswear brand fell sharply reported CNBC.

Kaepernick who played for the San Francisco 49ers was the first National Football League (NFL) player to kneel during the national anthem as a protest against Trump.

The kneeling attracted wide-ranging criticism, especially from proud patriotic US President Donald Trump, who said it was disrespectful to the American flag.

Nike originally called him “one of the inspirational athletes of his generation.”

Sadly, Nike has not responded to requests for comment on the boycott hashtag on social media.