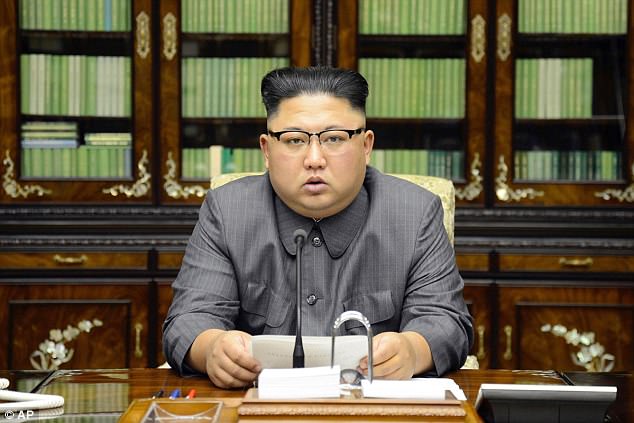 NORTH KOREA has sensationally claimed that Donald Trump has DECLARED WAR on Kim Jong Un’s rogue state following his provocative tweets and has threatened to shoot American bombers out the sky – even if they fly OUTSIDE North Korean airspace.

Ri Yong-ho, North Korea’s foreign minister, insisted all options were on the table for Pyongyang and that his nation now reserves the right to shoot down US planes even if they are not in Korea’s airspace. 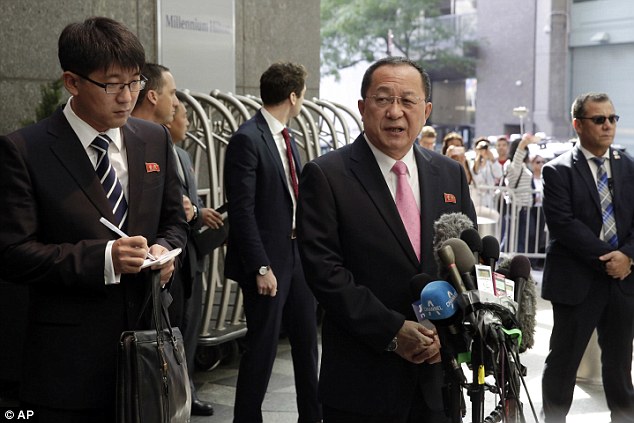 The official, talking to reporters in New York, said: ‘The whole world should clearly remember it was the US who first declared war on our country.

‘Since the United States declared war on our country, we will have every right to make countermeasures, including the right to shoot down United States strategic bombers even when they are not inside the airspace border of our country.’

The North Korean diplomat responded to Trump’s provocative tweets and said: “The question of who will be around much longer will be answered then.”

In his first address to the General Assembly, Trump last week threatened to “totally destroy” North Korea if it challenged America or its allies and derided leader Kim Jong-un as a “rocket man” who was “on a suicide mission.”

In his brief address to reporters before heading to the airport, Ri said that the international community had hoped that the “war of words between the DPRK and the United States not turn into real actions.”

North Korea in recent weeks detonated its sixth nuclear bomb and has test-fired intercontinental missiles – saying it needs to defend itself against hostility from the United States and its allies.

During his address to the General Assembly on Saturday, Ri launched a personal attack on Trump, calling him a “mentally deranged.”

US bombers flew off the east coast of North Korea, over the weekend, the furthest north of the demilitarised zone that any US aircraft has flown this century.

The Pentagon said the mission was a “demonstration of US resolve and a clear message that the president has many military options to defeat any threat.”

Trump’s threat to destroy North Korea made “our rockets’ visit to the entire US mainland all the more inevitable,” Ri said on Saturday.

The Pentagon has responded to the claims and warned North Korea that it is prepared to give Donald Trump options to deal with the regime if its provocations continue.

“If North Korea does not stop their provocative actions, you know, we will make sure that we provide options to the President to deal with North Korea,” Pentagon spokesman Colonel Robert Manning told the worlds media.

ON FRIDAY, Kim described Trump as a ‘mentally deranged US dotard’ and said he would tame him with fire.

Kim said North Korea would consider the ‘highest level of hard-line countermeasure in history’ against the United States and that Trump’s comments had confirmed his nuclear programme was ‘the correct path’.

STANDING SIDE BY SIDE: Pro-Trump rally invites Black Lives Matter on stage