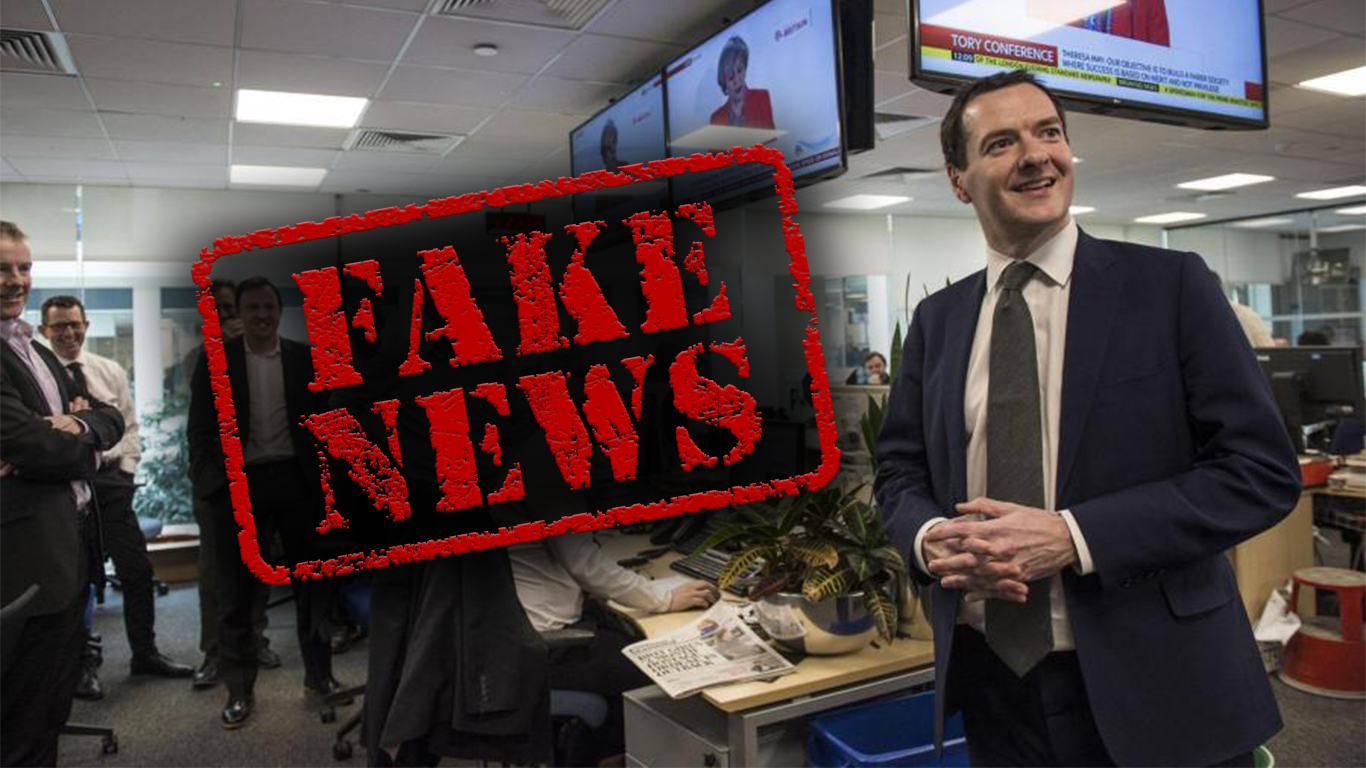 GEORGE OSBORNE has been exposed for peddling fake news after The London Evening Standard claimed in an “exclusive” story that Donald Trump’s state visit had been downgraded to a “Working visit.”

The Standard, that is now edited by ex-chancellor Osborne – claimed that Mr Trump would no longer have the pleasure of staying at Buckingham Palace or taking tea with the Queen, and would not receive any of the pomp and circumstance that is often accredited to foreign dictators.

According to new reports, Downing Street has denied this confirming the story in The Standard was pure CNN-Style Fake News.

Number 10 said they were not aware of any plans for a working visit, and said the offer extended to President Trump for a full state visit remains in place, a date has not yet been set. 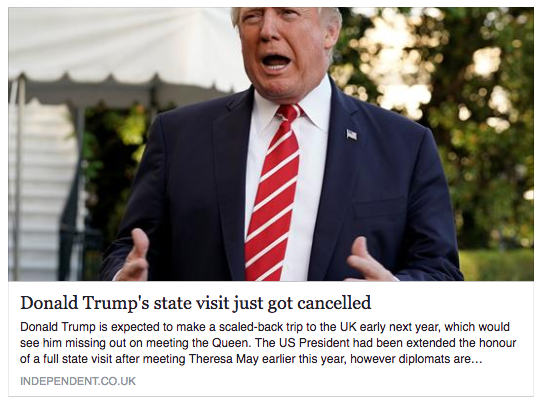 The news will also wipe the smirk of Jeremy Corbyn’s face, who has called for Mr Trump to be refused a state visit – even though Mr Corbyn supports communist dictators in Venezuela.