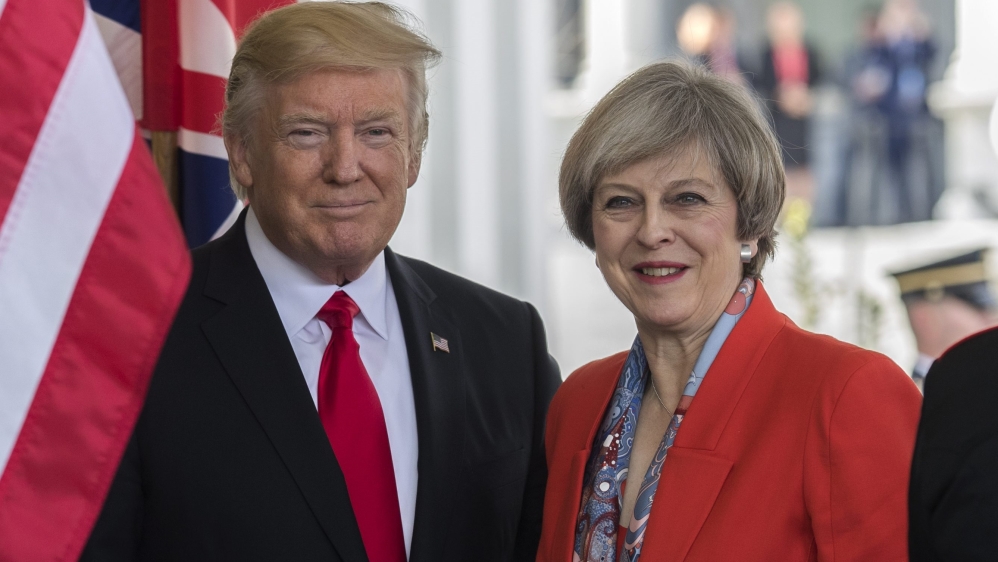 A POLL has revealed that the majority of Britons support a Presidential state visit by President Donald J. Trump.

Despite calls for a visit to be banned by failing London Mayor Sadiq Kahn, YouGov reports that there has been a significant increase in Brits favouring an official Trump state visit with 45% in favour and 39% opposed. 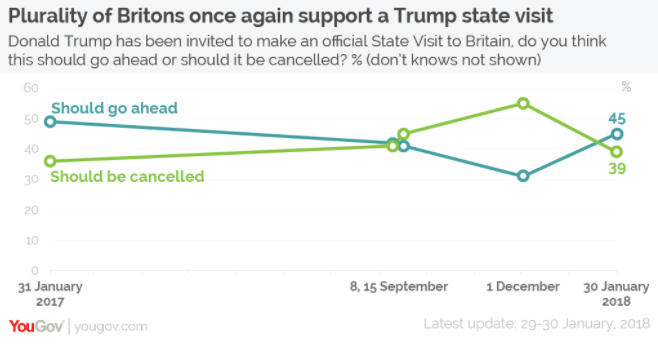 Support for the visit was at its lowest levels in early December 2017 where 31% of Brits were in favour, and 55% were opposed.

YouGov said: “It would seem that many Brits take a practical view of Donald Trump.”

“When forming an opinion of whether to invite the President, many weigh up the approach they think it is best for the government to take, and not just considering their own personal views towards him.”

Prime Minister May and President Trump asked their officials to work together on finalising the details of a visit.

Trump also re-enforced the special relationship and added that the UK and the USA were “joined at the hip” on military matters, and May said the two countries stood “shoulder to shoulder” in facing shared threats.