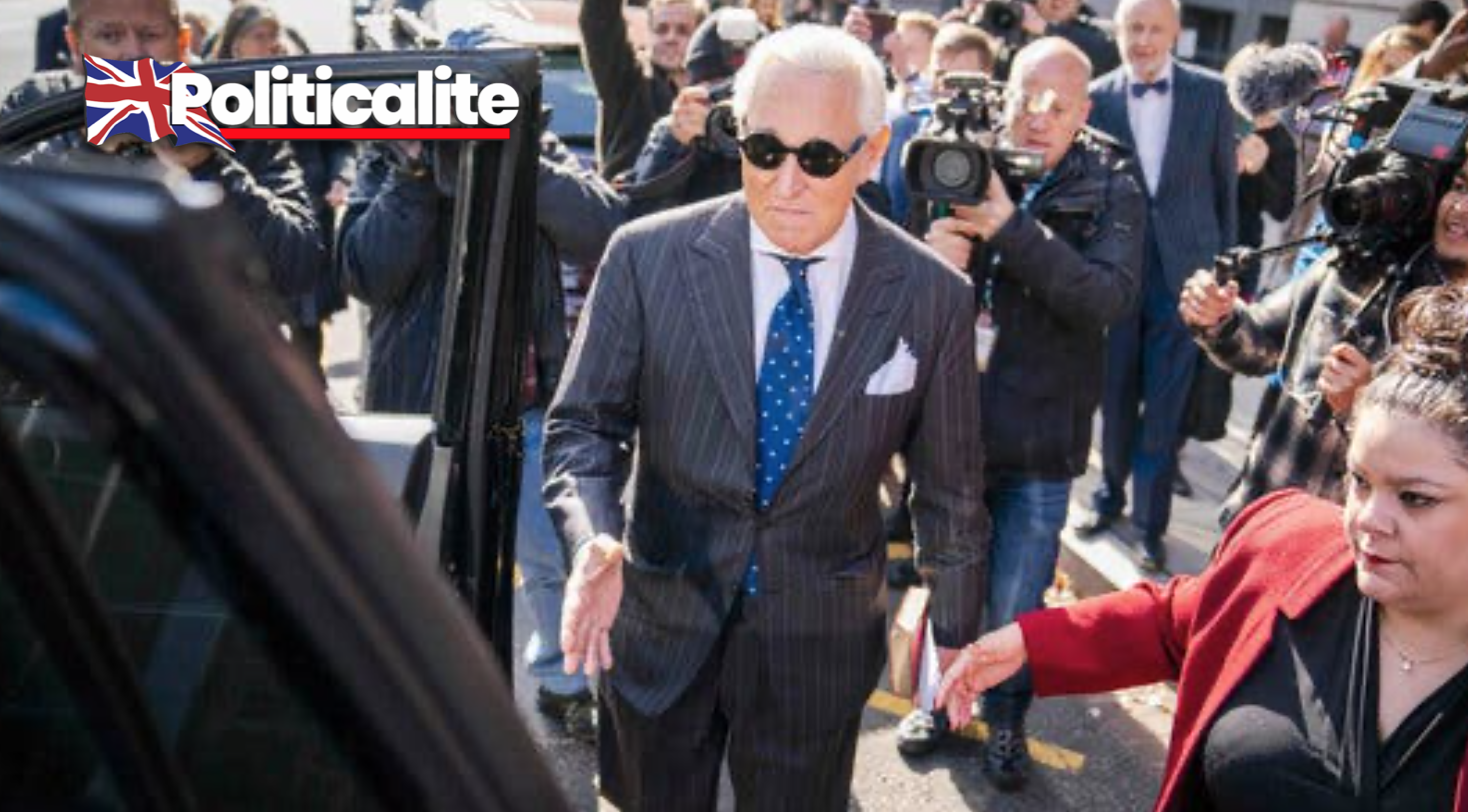 THERE are times in politics where everything seems to go against you. The worst possible thing happens at the worst possible time, and it colors the whole scenario you find yourself in. That’s exactly what’s just happened to President Donald Trump.

As the world tunes in to the impeachment hearings currently happening in the House of Representatives, his longtime ally and supporter Roger Stone has been found guilty of all charged put to him off the back of Robert Mueller’s long-running Russia investigation.

The left-wing press – along with the Democrats – will jump on this news quickly, and point to the fact that yet another Trump ally has been found guilty of a criminal offense, following in the footsteps of Paul Manafort, Mike Flynn, Michael Cohen, and George Papadopoulos. The latter four are old news. Stone is not. The conviction of a man so closely connected with Trump and the Trump campaign will only intensity left-wing suggestions that Trump is simply surrounded with too many criminals not to be a criminal himself, but in doing so, they’ll (deliberately) overlook an important distinction.

Stone has not been convicted of meddling in foreign affairs. He’s guilty of obstructing official proceedings, making false statements, and tampering with witnesses by way of making threats. To put it another way, he’s been found guilty of lying, bullying, and attempting to coerce people into lying to Congress. None of these convictions should be relevant to the case against Trump in any way, and none of them are connected to the impeachment hearings. That doesn’t change the fact that public perception is everything, and the headlines that will come as a result of this won’t help the President.

Even though there isn’t a solid connection between Stone’s conviction and the Trump-Ukraine matter, we can be assured that Adam Schiff will attempt to build one. The impeachment hearings, in their irregular format, are a naked attempt to prevent Trump from running in 2020 by any mean necessary. Anything that Trump or his allies say or do between now and the day this matter comes to a close will be entered into the hearings, and used as ammunition. It doesn’t matter to Schiff or the Democrats whether they can convince Republicans that Trump acted improperly with the President of Ukraine or not. If he has any political nous whatsoever, he’ll already know that he won’t be able to do that – or at least he won’t be able to persuade enough of them to remove Trump from office. It’s more likely that he’s playing a different game.

The Democratic movement against Trump is all about playing the odds, and right now, the odds aren’t in favor of Trump losing a trial in the Senate. You don’t have to have forensic knowledge of American politics to understand how this is going to play out. It’s the House that gets to decide whether or not to impeach Trump and refer the matter to the Senate for trial. Since the mid-term elections, the House has been controlled by Democrats. All they need is a simple majority to vote for impeachment, and they already have one. Trump will be impeached. That’s a foregone conclusion. The ongoing hearings and media circus are just a sideshow. You can place a bet right now on Trump being impeached, and it would be as close to a 100% certainty as anything you’ve ever bet on in your life.

As of right now, you could also place a near-certain bet that the Senate will not find Trump guilty. The GOP is loyal to the President and controls the Senate. Even if three or four Republicans were moved to vote ‘guilty’ in light of what comes out of the hearings, it wouldn’t be enough to convict Trump. A two-thirds majority is required for that, and the Democrats stand next to no chance of getting one. If they’re smart – which is sometimes debatable – they know this, and they’ve planned for it.

What the Democrats almost certainly intend to do is throw so much public dirt at Trump during the process that he becomes toxic. The Republicans may not abandon Trump over Ukraine, but they might do so if they believe he’s no longer likely to deliver victory in 2020. If the dirt that comes out of the hearings damages the Trump brand to the point where polls move decisively in favor of the Democrats, senior figures within the party might just begin to feel that Mike Pence – who has largely stayed controversy-free during his time as Vice President – represents a better bet.

Once again, it’s all a game of odds. Right now, the odds heavily favor Trump remaining in power. If the polls slip, it turns into a 50/50 bet. If something hugely damaging for Trump comes out during the next two to three months, all bets are off. You’d be looking at a situation where nobody knows what’s going to happen, like putting money into a mobile slots game and spinning the reels on website like Rose Slots. That would probably be a sore point for Trump – we imagine he’s not a fan of mobile slots, having seen his Atlantic City casinos go bankrupt in the past. That’s the thing about mobile slots, though; they’re unpredictable. What looks likes a safe bet can quickly turn into a loser. You never know what might happen when you spin. We have no way of knowing what might come out when this whole sorry saga moves to the trial stage.

Roger Stone’s conviction alone might not be a bullet to Trump’s 2020 ambitions, but it’s fuel to the fire. If the President’s tax returns are finally made public – which is a matter that’s currently with the Supreme Court – that could be more fuel. Should John Bolton or another high-profile figure come forth with damaging testimony about Trump at the trial stage, it’s yet more fuel again. Eventually, the fire will burn so bright that nobody will ignore it, and that’s the point where Republicans may feel like they have a better bet available to them than sticking with their man.

None of us want to see Donald Trump deposed, but it’s a possibility we may all have to face in the weeks and months to come. The Republican Party may love him, but we should never lose sight of the fact that they love being in power even in more. The moment that they start to believe Trump is holed below the waterline by the court of public opinion, they’ll protect that power at all costs – even if it means sacrificing the man who gave it to them in the first place.