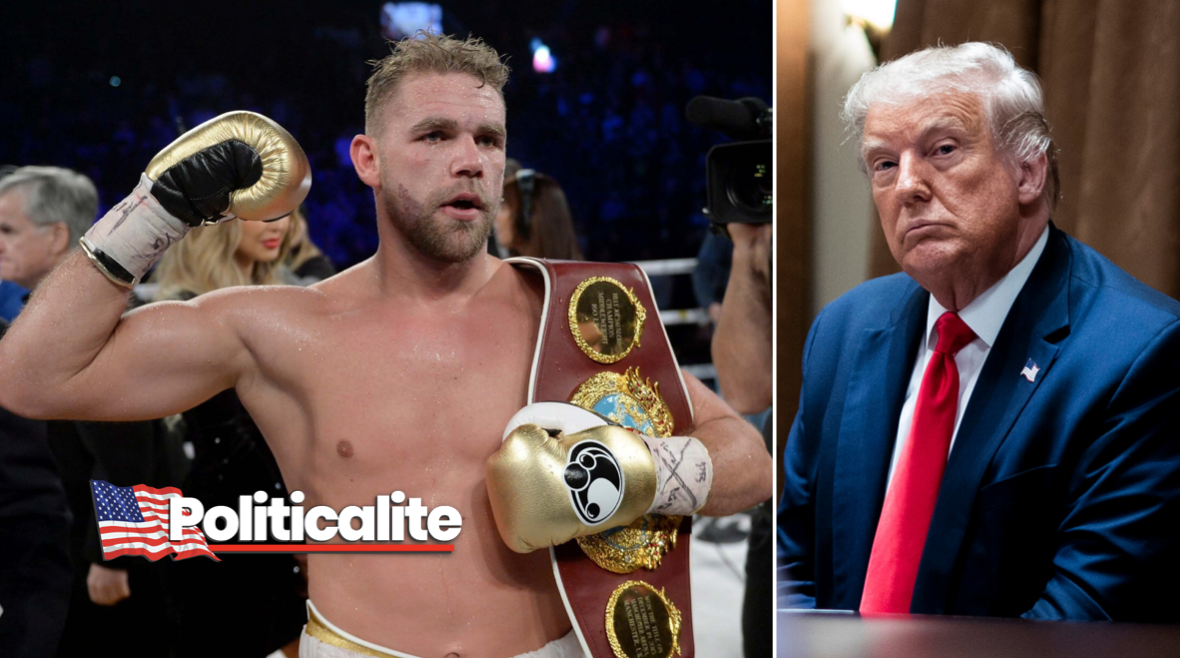 WORLD Champion Boxer Billy Joe Saunders tweeted his support for President Donald Trump as the Dirty Democrats attempted to steal the Election from the man of the people.

Mr Saunders, 31 who has held world championships in two weight classes, including the WBO super-middleweight title since 2019, and previously the WBO middleweight title from 2015 to 2018 said that Trump shouldn’t be “cheated” out of his job. 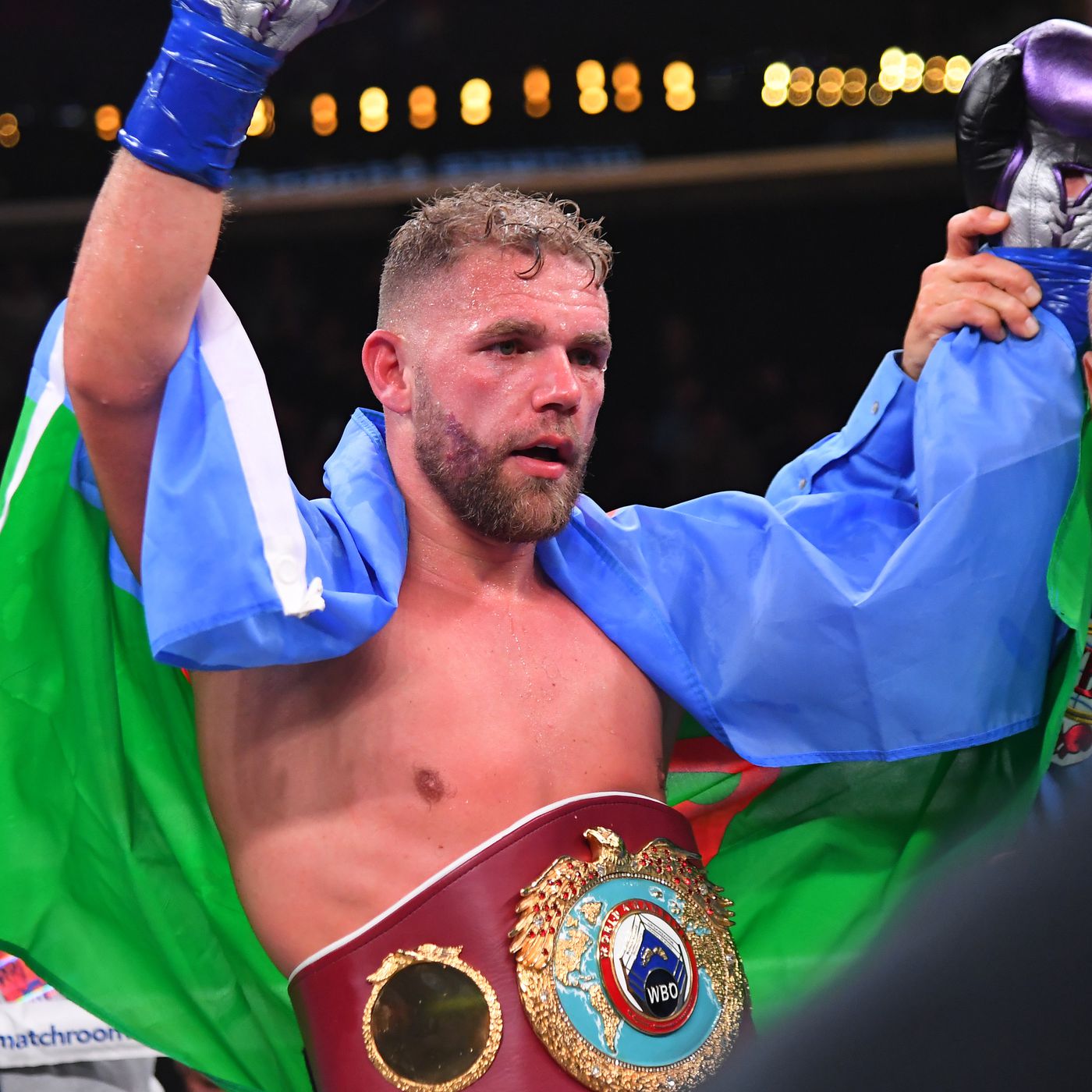 “Come on trump @POTUS is the man don’t cheat this man out of his job team trump.”

Six states that are leaning towards Trump stopped counting last night as his lead became clear. They intend to steal the election with mail in votes. 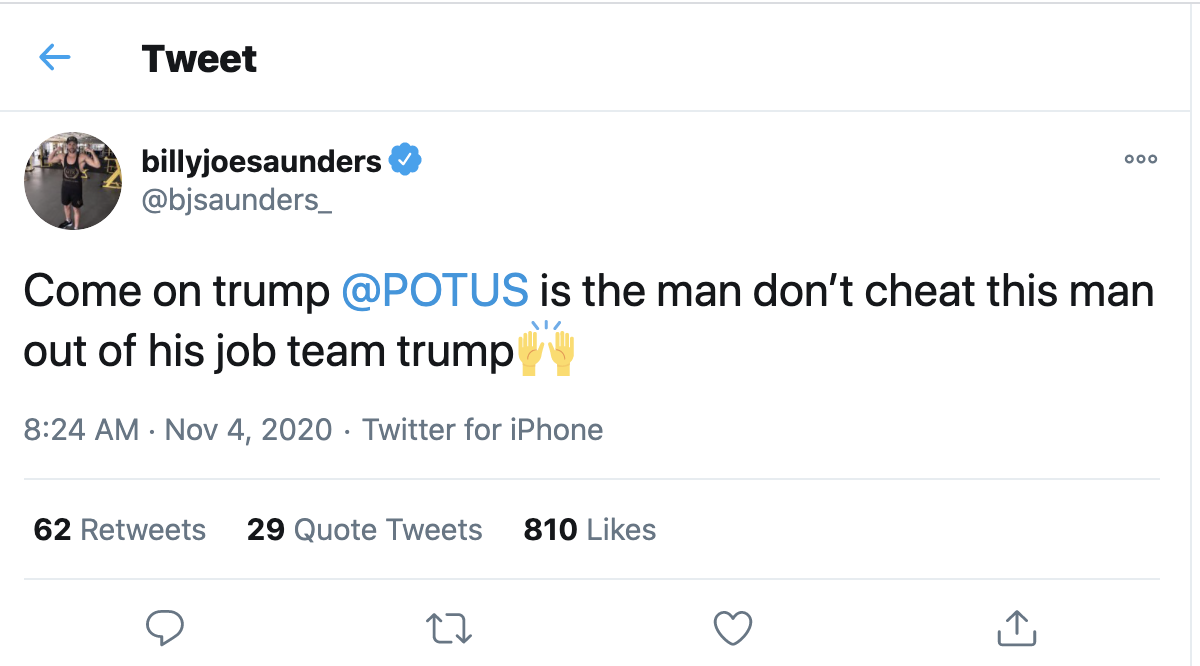 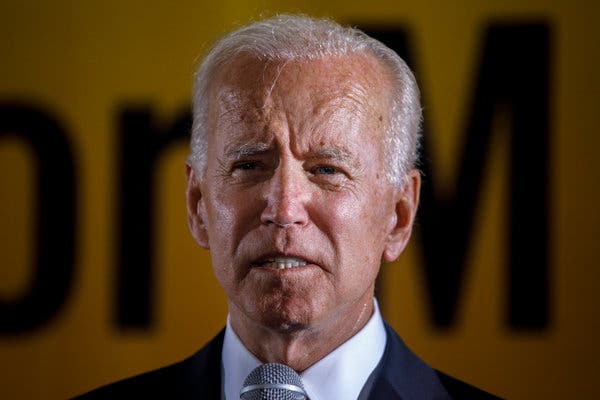 Trump was defiant last night as he accused the Democrats of trying to ‘steal’ the Election after a night of tight results and drama.

Mr Trump tweeted: “We are up BIG, but they are trying to STEAL the Election.”

Races are too early to call in some of other fiercely contested and critical states on the map, including North Carolina, Georgia and Pennsylvania. The president, by early on Wednesday, had retained many states he won in 2016 and, as long predicted, the race in part seemed to rest on the three northern industrial states where Mr Trump most surprised the Democrats four year ago – Michigan, Wisconsin and Pennsylvania.