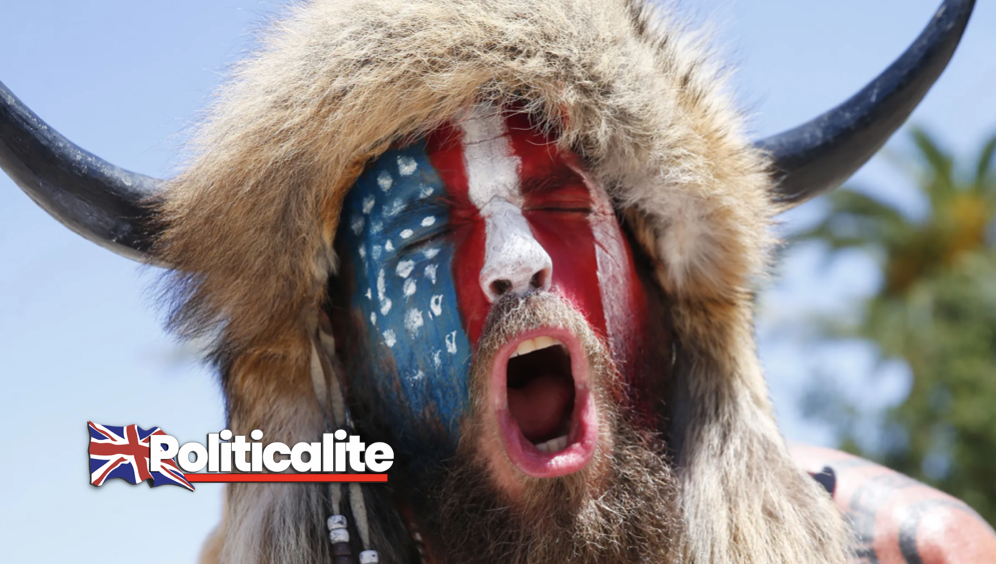 A FAKE Shaman protester who stormed the US Capitol building in Washington DC on Wednesday is an actor named Jake Angeli, it has been reported.

Angeli, 32 is from Phoneix, Arizona and had a profile on the Backstage website, which is an entertainment-industry brand aimed at people working in film and the performing arts, with a special focus on casting, job opportunities, and career advice. 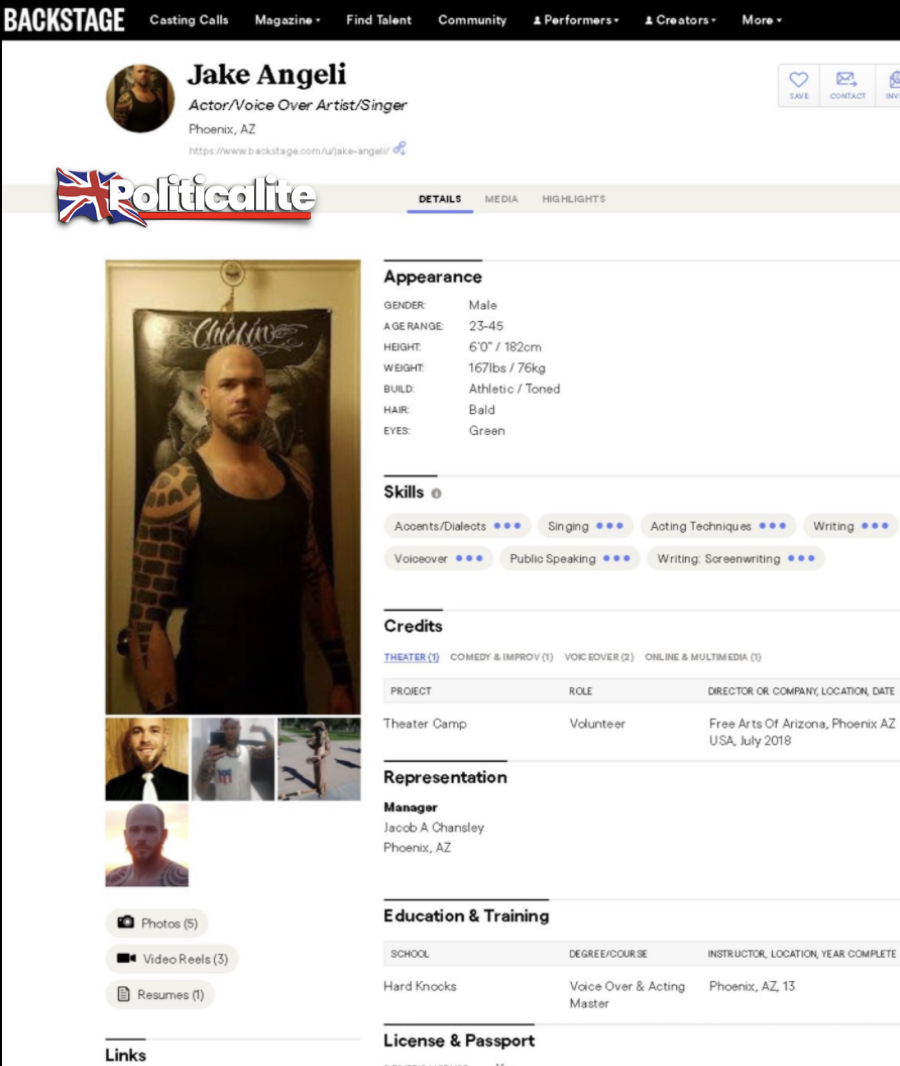 The man was dubbed “Jamiroquai” by many on social media after the UK singer who often wears elaborate hats after he appeared in horns at the Stop The Steal/Save America protest in Washington, DC on Wednesday that ended with one person shot. 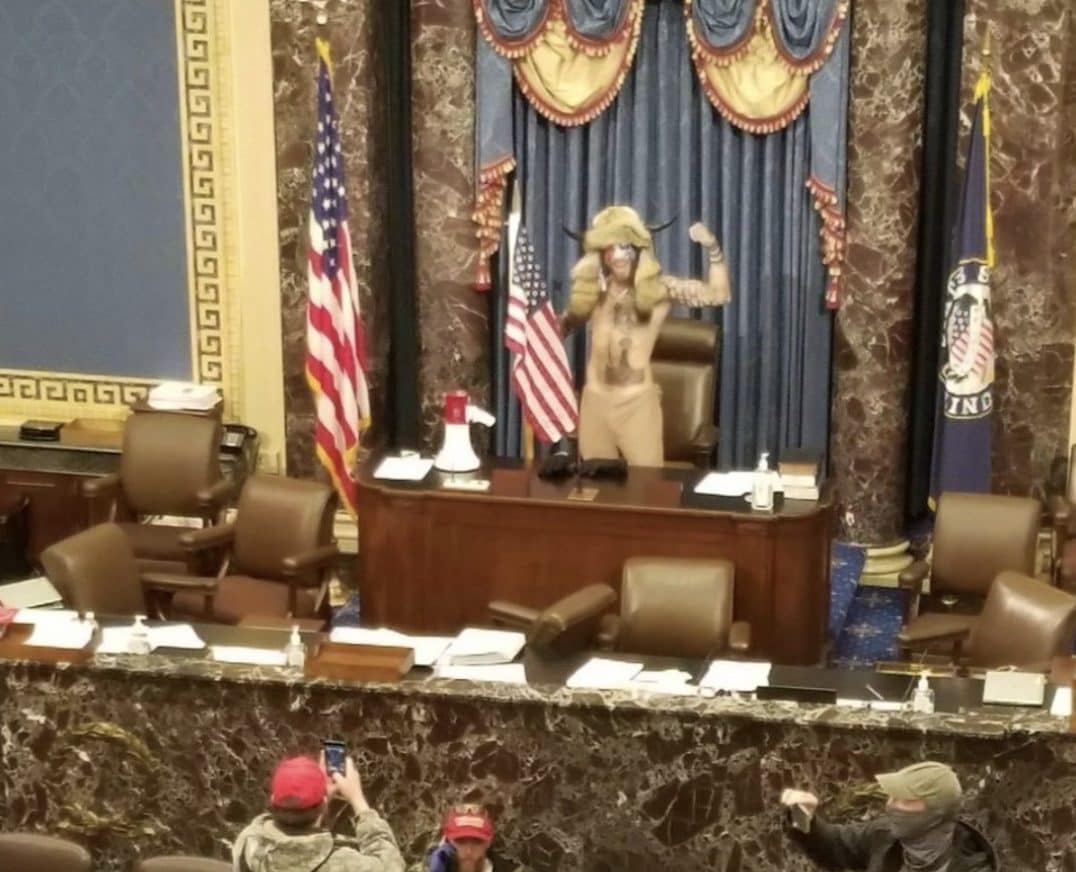 On his now-deleted Backstage profile the Fake Shaman is listed as having a degree in ‘Voice-Over & Acting Master’ and has a fiverr profile for bookings, he also claims to be a professional in singing, screenwriting, public speaking and accents. 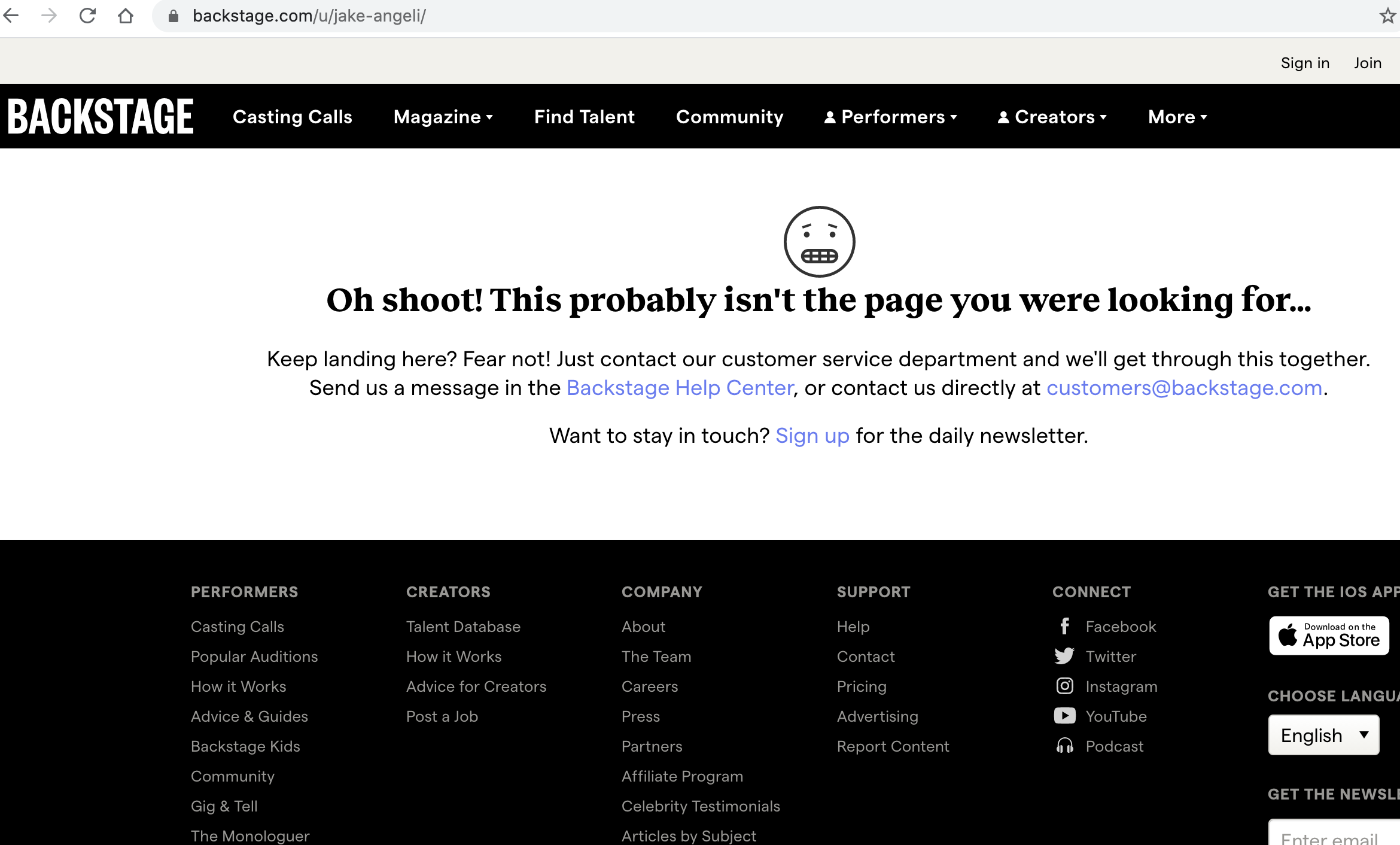 The donned the Native American-style horn hat the and has appeared at dozens of both left and right-wing rallies.

Many are now claiming that Jake is a member of Antifa, the far-left organisation and Trump supporters are using his Backstage profile as evidence of a “conspiracy” that Mr Trump is being ousted by “Satan-Worshiping Paedophiles”. The theory is also backed up by the right-wing group called ‘QAnon’ and Mr Ageli goes by the nickname of the ‘QAnon Shaman’ according to Australian media. Some republican lawmakers have now made baseless claims that most of the protesters who participated in violence in the US capitol are members of the far left group Antifa.

On one of Angeli’s Facebook pages, he is pictured shaking hands with former New York City mayor Rudy Giuliani, during a visit by the President’s personal lawyer to Arizona.

Angeli has captioned the image. “Got to shake Rudy’s hand … what an honour it is to be present.
“Hold the line patriots! USA will prevail, we will stop the steal! Cuz as always God wins!”