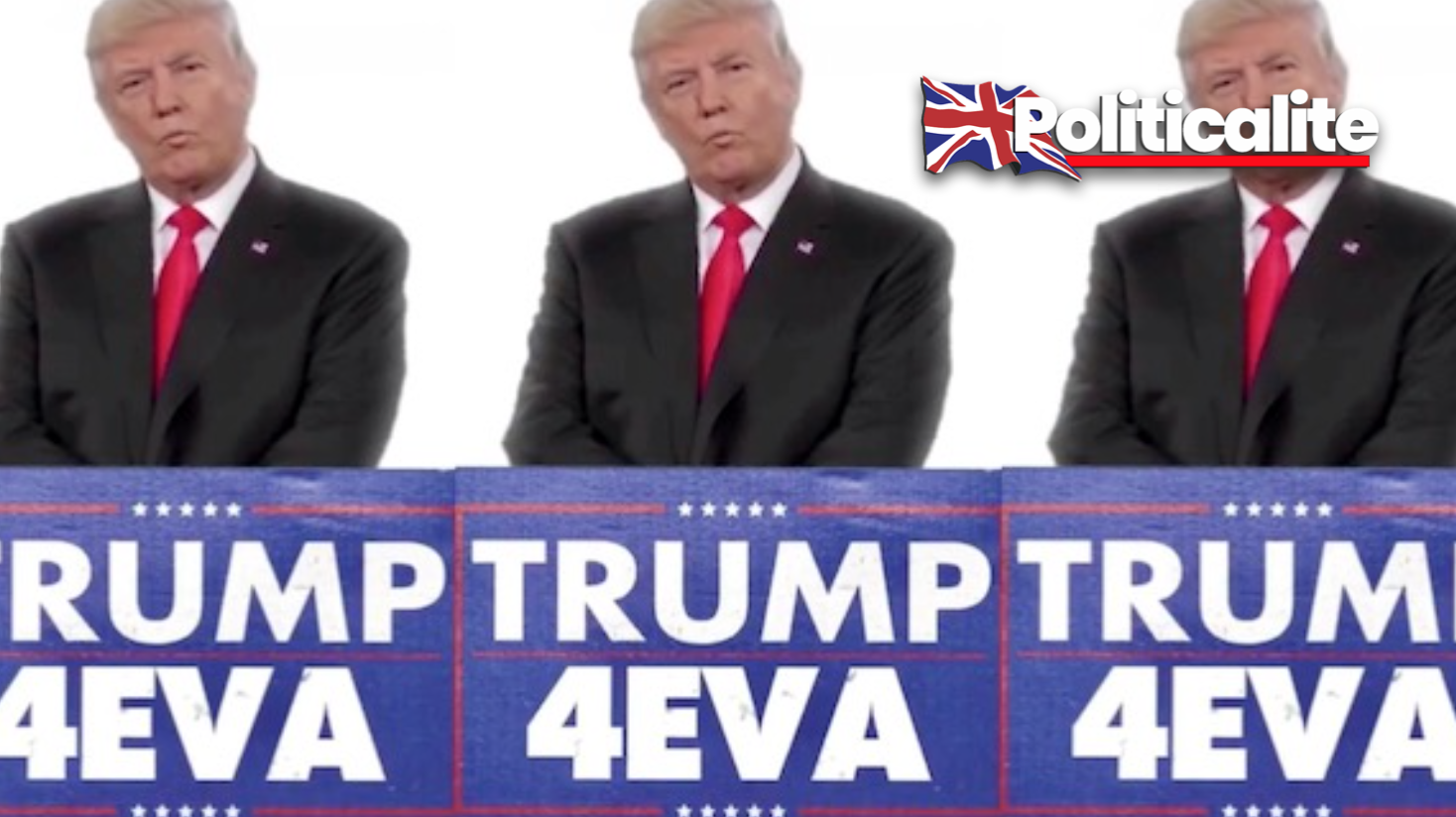 PRESIDENT Donald Trump trolled his liberal opponents after clearing his name in a Democrat-supported Impeachment trial that bored the U.S.A and sparked no major debate with regards to his removal from office.

In a clear smackdown win the President cleared his name with 52-48 with only one Republican senator – Mitt Romney voting with unanimous Democratic senators to Impeach the President of the United States.

He later tweeted a video response to his witch-hunt that suggested he would remain in office ‘4eva’.

The meme that saw over 30 million views within hours of his historic acquittal reveals a never-ending line of Trump campaign signs stretching into the future. H previously shared the post in June 2019.

According to experts it’s an edited version of a Time animation, the magazine said, used to illustrate an October article suggesting Trumpism would prevail long after the 45th president leaves office.