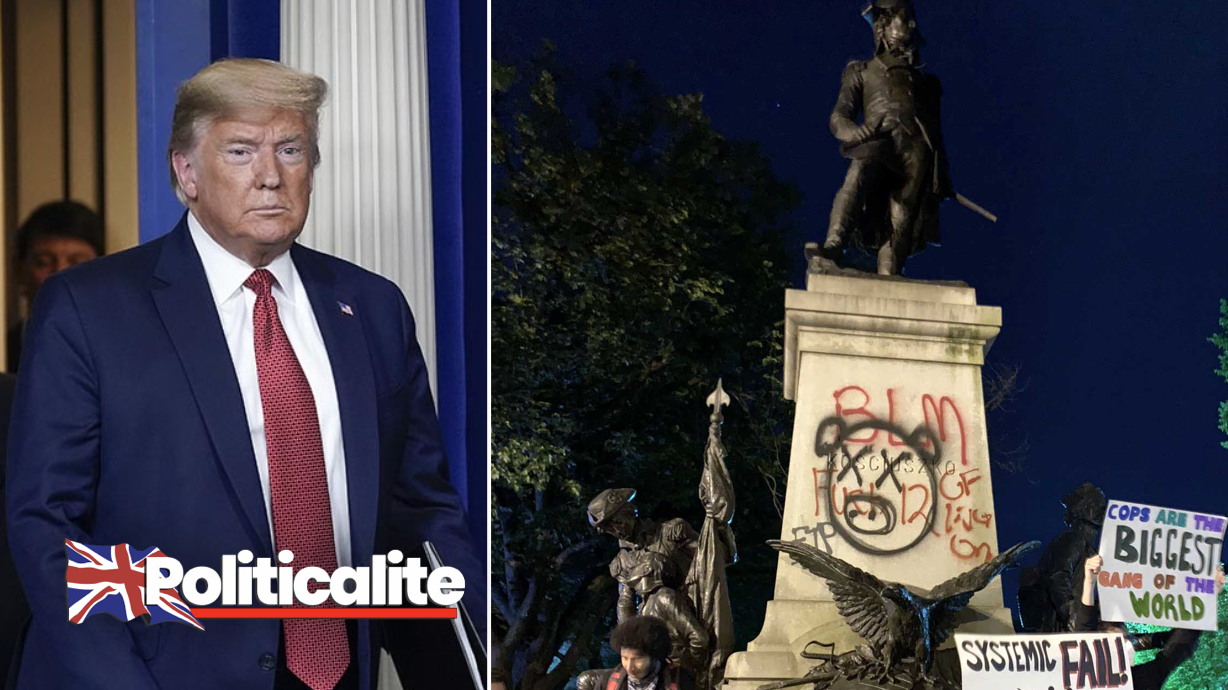 PRESIDENT Donald Trump has weighed in further on the US racism debate, arguing the pendulum has swung too far in favour of removing statues and other symbols of flawed history, and saying mistakes will be repeated if not learned from and understood.

President Trump’s campaign also sees the divide over this latest cultural flash point as a way to boost the president’s standing, which has suffered during his handling of the coronavirus outbreak and the protests over racial injustice that followed George Floyd’s death in Minneapolis.

After weeks spent demanding “law and order” in response to the protests sparked by Mr Floyd’s death by police, President Trump began to draw a line in the sand.

He promised executive action to protect monuments after some statues of Confederates and other historical figures with chequered life stories were angrily brought down from parks and other places of public prominence.

President Trump said he wants the maximum punishment available under federal law — up to a decade in prison — for those who destroy or tamper with statues on public property that commemorate anyone who served in the US military.

He said the executive order would “reinforce” existing law.

“We are looking at long-term jail sentences for these vandals and these hoodlums and these anarchists and agitators,” President Trump said, referring to protesters who have vented their anger over racial injustice by toppling statues of figures tied to America’s racist history.

He spoke out after an attempt on Monday night to bring down a Lafayette Park statue of Andrew Jackson, one of Mr Trump’s favourite presidents, was foiled by police in the park across from the White House.

President Trump called it a “sneak attack” on the statue of Jackson, who owned slaves and was ruthless in his treatment of Native Americans.

“We should learn from the history,” he told Fox News in a taped interview broadcast on Tuesday. “And if you don’t understand your history, you will go back to it again.”

The campaign argues that liberals are dramatically overreaching by embracing calls to “defund the police” and remove statues of American icons taught in history books.

President Trump’s prior defence of Confederate statues and military bases named after such figures amounted to a political risk in the current climate.