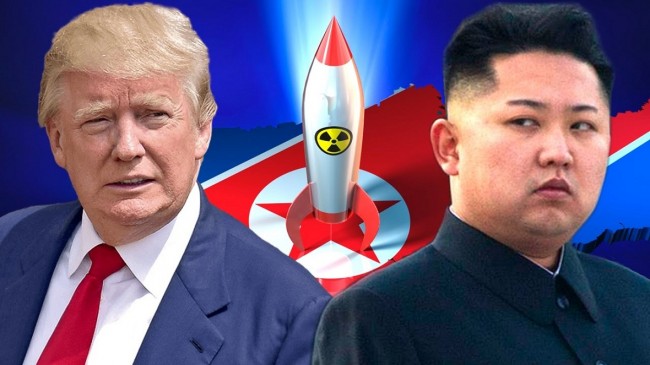 Earlier this week North Korea launched an ICBM (Inter-Continental Ballistic Missile) that could reach as far as the U.S. state of Alaska. 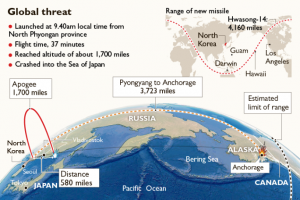 North Korea’s leader Kim Jong Un said that the missile test was a ‘gift’ for the ‘American bastards’ on Independence Day.

Nikki Hayey the U.S. Ambassador to the United Nations said the U.S. will use it’s “considerable” military forces if necessary.

Hayley added that the U.S. wanted to use other options first but would be left with no other option unless China and Russia acted.

Trump is seemingly angry with China’s president, Xi Jinping because they have abandoned the agreement to halt Trade with North Korea.

In the first quarter of 2017, Trade between China and North Korea grew almost 40 percent Trump claimed. he also added

“So much for China working with us — but we had to give it a try!”

Trade between China and North Korea grew almost 40% in the first quarter. So much for China working with us – but we had to give it a try!

Russia and China have condemned the actions of North Korea’s supreme leader, Kim Jong Un but urged the U.S. to abandon the Missile Defence Shield in South Korea – something Trump is unlikely to do.

Mr Trump landed in Europe last night and this is set to be one of the biggest diplomatic crisis’ of his early administration.

The situation will be discussed by world leaders including President Trump, Prime Minister May and Russia’s Vladimir Putin to name a few.