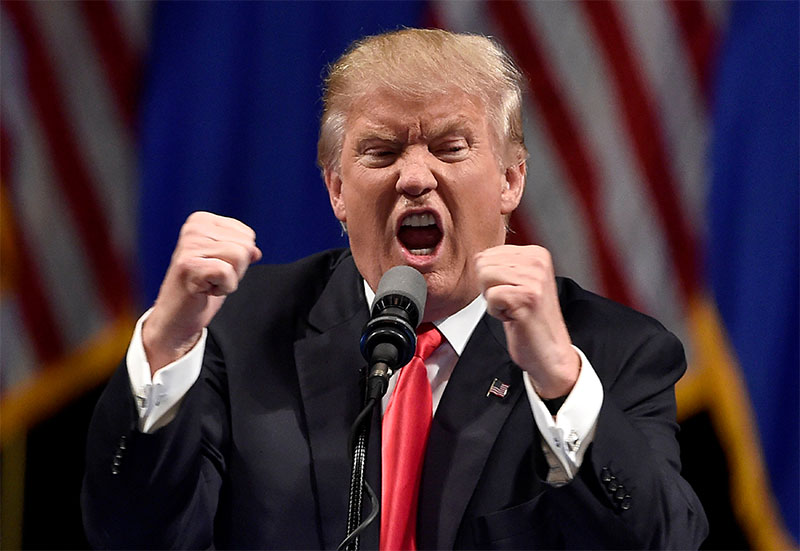 In a surreal turn of events, the President of the United States just tweeted a video of himself attacking CNN.

In the bizarre tweet, the 45th President is seen KO’ing a man with a CNN logo superimposed on his face, he then retweeted it on the official POTUS account so it will be preserved for all eternity.

The video was posted on Reddit 4 days ago, and it’s clear that it has been a hit with Trump.

His snowflake critics, including GQ’s Keith Olbermann, have been triggered and were quick to respond, calling for the resignation of Donald Trump, who dramatically beat Hillary Clinton in November’s presidential Election.

The @vp and the cabinet of @realDonaldTrump need to invoke Article 4 of the 25th Amendment and remove him from office, today, or resign.

The liberals seem to have lost their sense of humor, Donald Trump is the first President to use social media to communicate with the masses, rather than having filtered statements written by advisors.

To his supporters, they will see it as more reason to love Trump and will most likely argue that the fake news media attacks POTUS on a daily basis, so it can be seen as fair game.

Trump set to visit UK in next fortnight