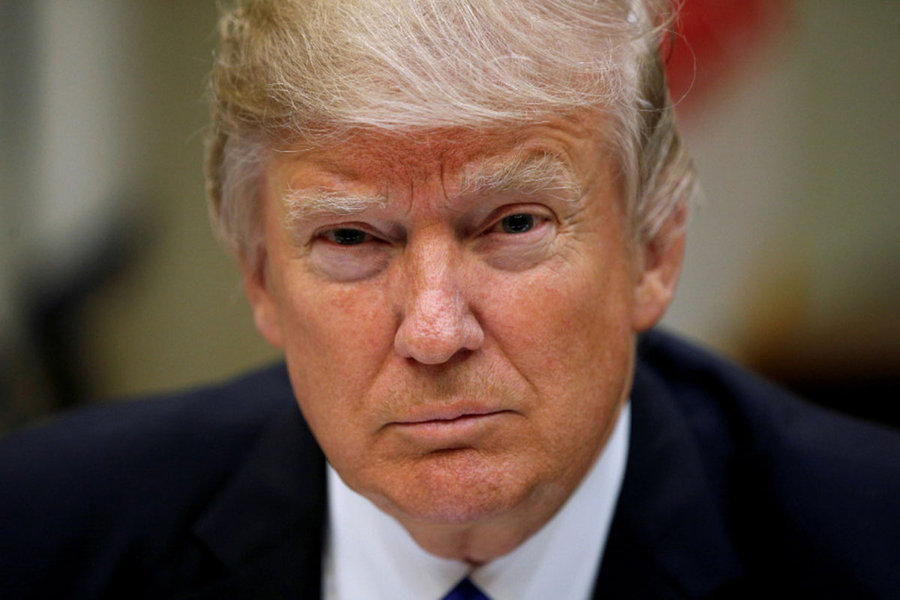 “So I think that Google, and Twitter and Facebook, they are really treading on very, very troubled territory and they have to be careful. It’s not fair to large portions of the population.”

In other words, they have it RIGGED, for me & others, so that almost all stories & news is BAD.

Fake CNN is prominent. Republican/Conservative & Fair Media is shut out. Illegal? 96% of results on “Trump News” are from National Left-Wing Media, very dangerous.

Google & others are suppressing voices of Conservatives and hiding information and news that is good. They are controlling what we can & cannot see. This is a very serious situation-will be addressed!” 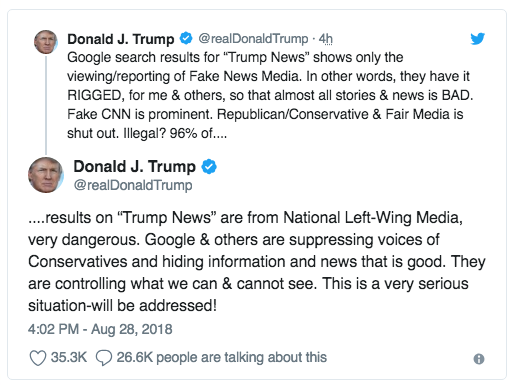 Google denied that it uses its search results to set a political agenda after Trump claimed results were “rigged” against him.

In response, Google said in a statement that its algorithms worked to promote “high-quality content” in search results, and were not motivated by any political agenda.

“When users type queries into the Google Search bar, our goal is to make sure they receive the most relevant answers in a matter of seconds. Search is not used to set a political agenda and we don’t bias our results toward any political ideology,” a spokeswoman for the firm said.

“Every year, we issue hundreds of improvements to our algorithms to ensure they surface high-quality content in response to users’ queries. We continually work to improve Google Search and we never rank search results to manipulate political sentiment.”

The exact formula of Google’s algorithms is not public knowledge, but factors such as a user’s previous search habits and location can have an impact on results, as well as other factors such as such as outlet reputation and keywords to measure and rank the order of results.

It is the latest in a string of attacks on social media firms by President Trump over claims of censoring right-wing voices, Politicalite was even partially censored by Facebook earlier this week, but normal service has now resumed.

Earlier this month, Mr Trump said that “social media giants are silencing millions of people”, and in July the president accused Twitter of shadow banning conservative accounts on the social network, something the platform denied, but later admitted.

Parts of this article courtesy of Reuters/Press Association

NEVER MIND FAKE NEWS… GIVE THEM A RED CARD! Fifa gives Trump RED CARD to use on the Very Fake U.S. Lugenpresse