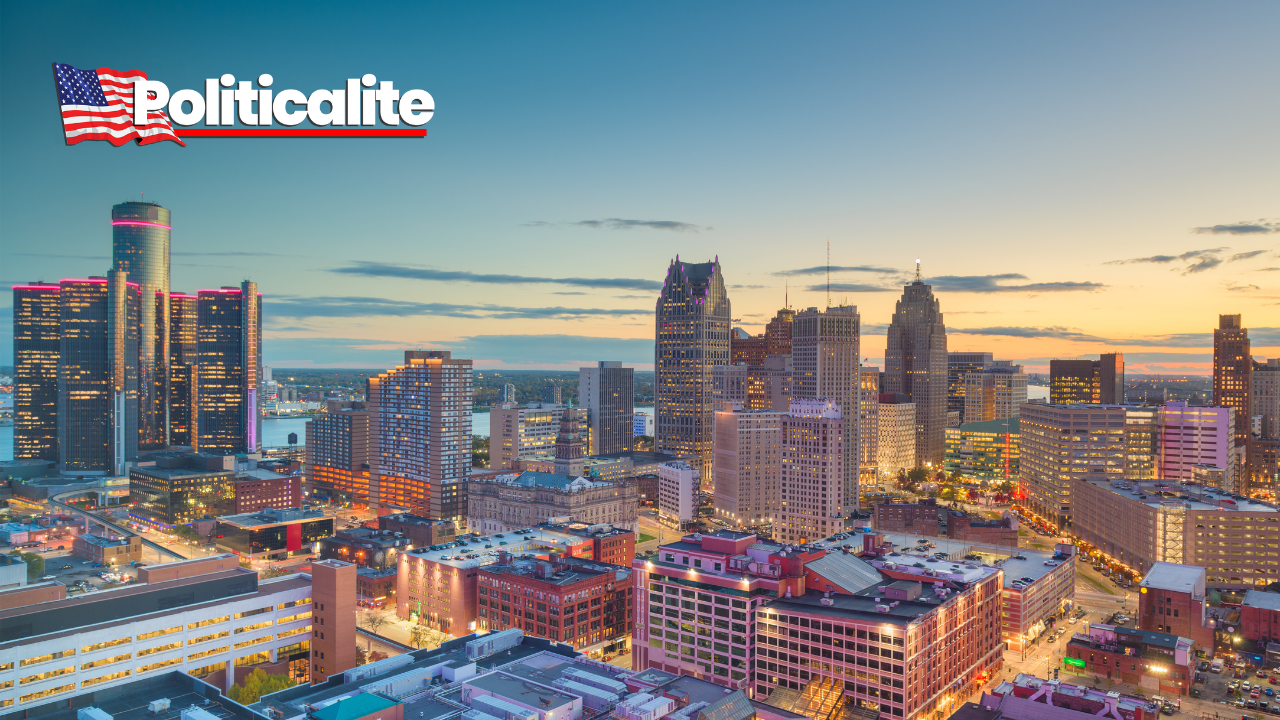 A 118-YEAR-OLD voter in Wayne County, Michigan was sent an Absentee ballot to vote in the 2020 Presidential Election, only the voter died in 1984, official social security records reveal.

William Bradley was registered to vote by absentee ballot and Trump supporters say he voted in the 2020 Election – yet data from the US Social Security administration confirms Bradley died in 1984. 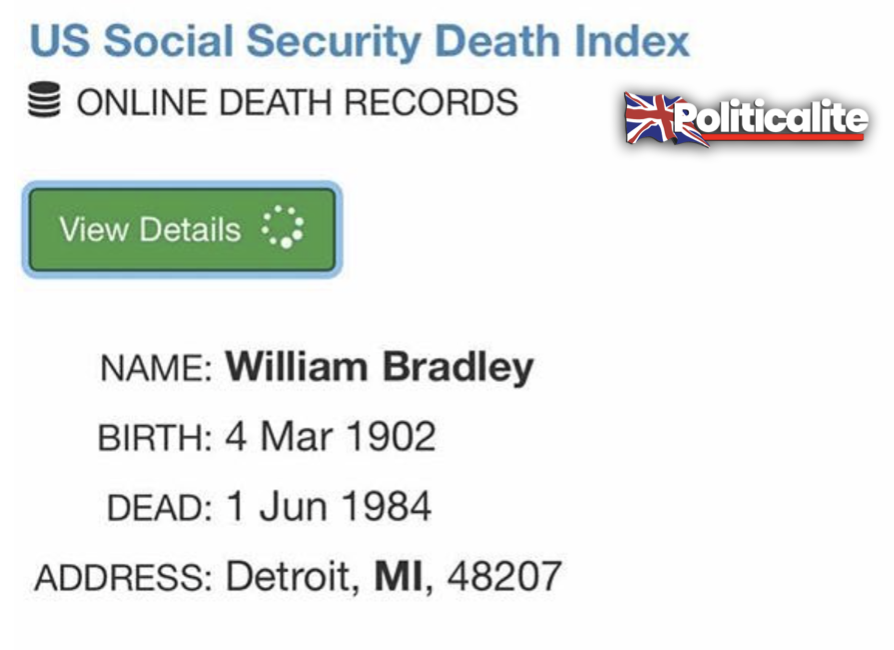 PolitiFact claimed that the story is false, but Politicalite searched the Michigan Voter Information Center ourselves and found that he is indeed registered to vote by Absentee ballot.

Snopes admitted that “more evidence was needed before this claim can be rated in a traditional Snopes fact check”.

The Michigan Resident Database also reveals that William Bradley is still listed as being alive. 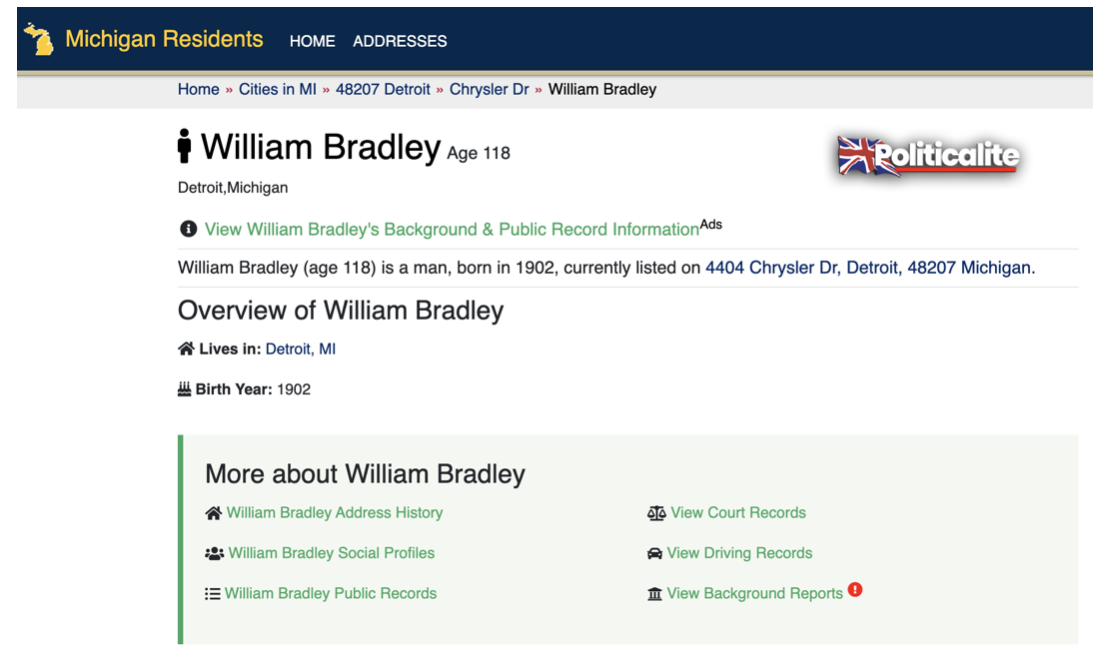 The findings add further fuel to President Donald Trump’s claims of mass voter fraud by the Democrats who have been accused of trying to ‘steal’ the election.

Mr Trump said in a defiant presser in the White House last night: “If you count the legal votes, I easily win, if illegal votes are counted, they can try to steal the election from us”.

A city elections official has said that a ballot was not cast on behalf of William Bradley, but when the alive Bradley voted officials made a clerical error in recording the ballot. 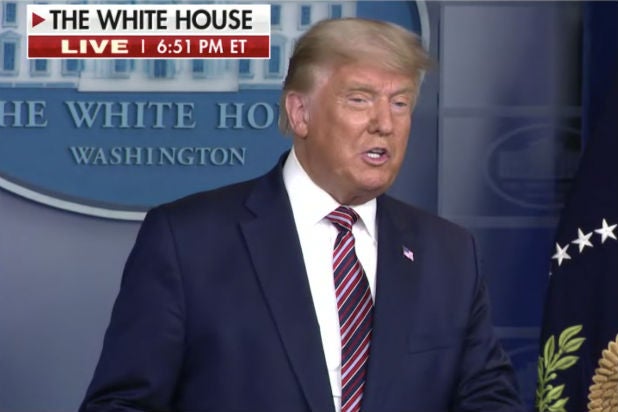 US Networks ABC, NBC and CBS were accused of being part of a ‘Digital Coup-D’etat’ as they cut away from a speech by President Trump at the White House. Fox News and CNN all aired his speech.

Mr Trump was addressing the nation via the White House Press Briefing Room, the networks cut away from Mr Trump making claims of voter fraud.

“We have to interrupt here, because the president has made a number of false statements, including the notion that there has been fraudulent voting,” NBC’s Nightly News anchor Lester Holt told viewers.

“There has been no evidence of that,” said CBS Evening News anchor Norah O’Donnell as the network cut away from his speech.

The Washington Post reported that CBS’ Norah O’Donnell broke in to ask correspondent Nancy Cordes to fact-check Trump’s assertion that if “legal votes” were counted, he would easily win the election.

Cordes said there is no indication of a substantive number of illegal votes cast, and said Trump’s reference to votes arriving late was “another falsehood.”

On ABC – the most-watched news network in the US the networks White House correspondent said “there was no evidence of illegal votes.”

Breitbart reporter Alum Bohkari said that the decision to cut away from the speech had all the hallmarks of a coup.

“Mainstream networks are cutting away from the Trump speech Preventing the POTUS from talking to the people.”

“Cutting off communications is one of the hallmarks of a coup.”