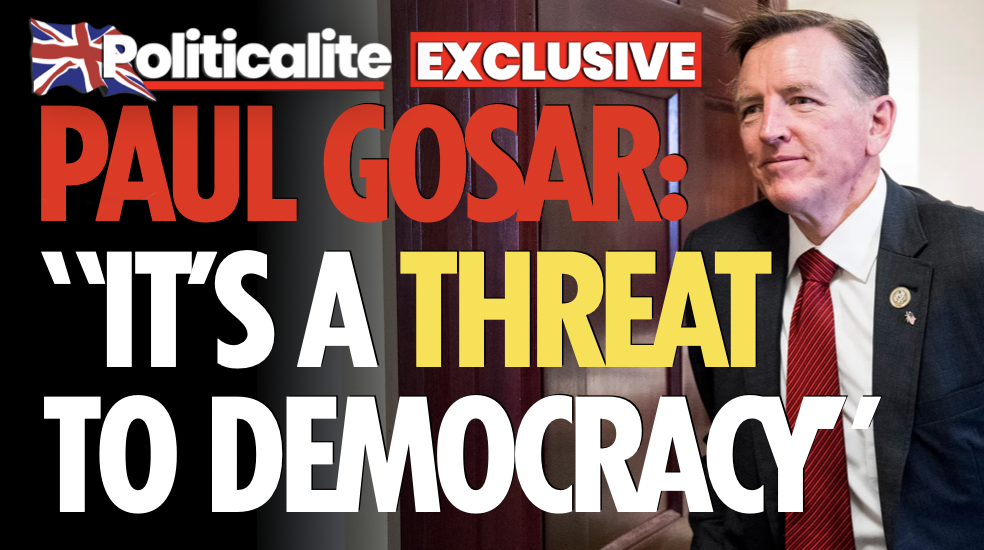 Twitter, Facebook and Google all banned a video by the President in which a number of Yale PhD’s supported the controversial hydroxychloroquine anti-Malaria drug that is tipped to be a ‘cure’ for COVID-19.

Google has also been accused of censoring conservative-leaning news outlets in fabour of Biden-supporting liberal websites.

Speaking exclusively to Politicalite, Gosar said: “The censorship of conservatives by social media sites and main stream media is a serious threat to democracy.”

“Half the population is being denied a voice. People who speak the truth are being shouted down using the most defamatory terms possible in an effort to intimidate and threaten.”

The Trump-supporting Arizona congressman told us: ” I have a bill pending that will end Big Tech’s legal protections.”

“The Democrat run House will likely kill it as they are benefitting immensely from this one way propaganda machine.” “The rampant deplatforming, cancellations and defamation of conservatives has to be remedied soon.”

“The alternative to speech is action. It is no small matter to block free speech.”

US Congressman Gosar also told Politicalite in May that Tech firms such as Twitter and Facebook were ‘actively working to undermine conservative voices’ and ‘unfairly interfering in elections’, speaking exclusively to Politicalite following President Trump’s executive order on Big Tech censorship.

Gosar, who represents Arizona in the United States Congress, has been leading the fight against Big Tech’s censorship of conservative voices.

“The executive order is a start and long overdue.” Congressman Gosar told Politicalite.

TICKED OFF: Prez Trump To BAN Chinese TikTok By Executive Order ‘Within Days’