COADY'S WORLD CUP REPORT: We know from the nuclear discussions that Iran are not easy to break down
Advertisement 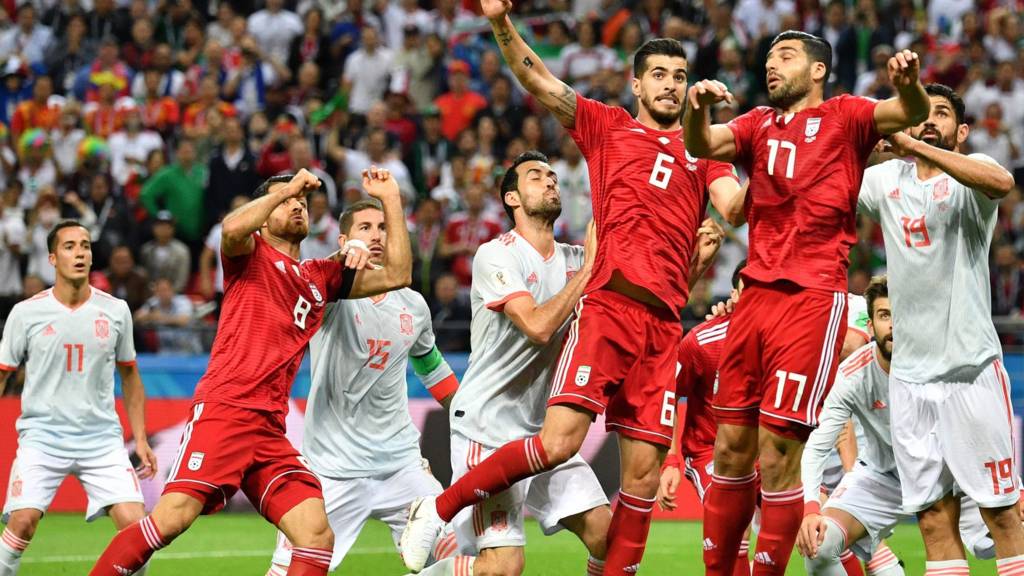 Iran 0 1 SpainWe all know from the nuclear arms discussions that Iran are not easy to break down, and that was Spain’s biggest problems when they faced the Islamic republic in Kazan.With Iran using a 4-5-1 formation the Spanish side were kept at bay despite having 81% of first half possession and many chances were missed. However, Costa finally managed to burst through and score on the 54th minute after a deflected effort.But what everyone is talking about is Milad Mohammadi’s bizarre throw in deep into stoppage time. He kissed the ball and then went to summersault himself, but changed his mind, causing hysterics in the commentary box. Under pressure nor not, there’s no excuse for a fully-grown man to lose his mind in public like that. The lack of alcohol must finally have caught up with him. After this result, Spain top group B with Iran coming in third.Portugal 1 0 MoroccoAndroid pleasurebot Cristiano Ronaldo was on form again, scoring the winner against the African nation.This result knocked Morocco out of the competition altogether, but they went down fighting. However, out of the 15 shots only 4 were on target despite their best efforts. Ronaldo found the net in the 4th minute after a Moutinho cross and the Moroccans had to gather themselves quickly or be annihilated further and in fairness they showed a lot of heart. Just not enough to fend off the Portugese men o’ war. Morocco play a superfluous game against Spain next, and Portugal will top the group if they beat Iran in Saransk. Here’s hoping Ronaldo fails to score any more goals because I’m not sure if there’s such a thing as death by self-entitlement but if it could happen to anyone…