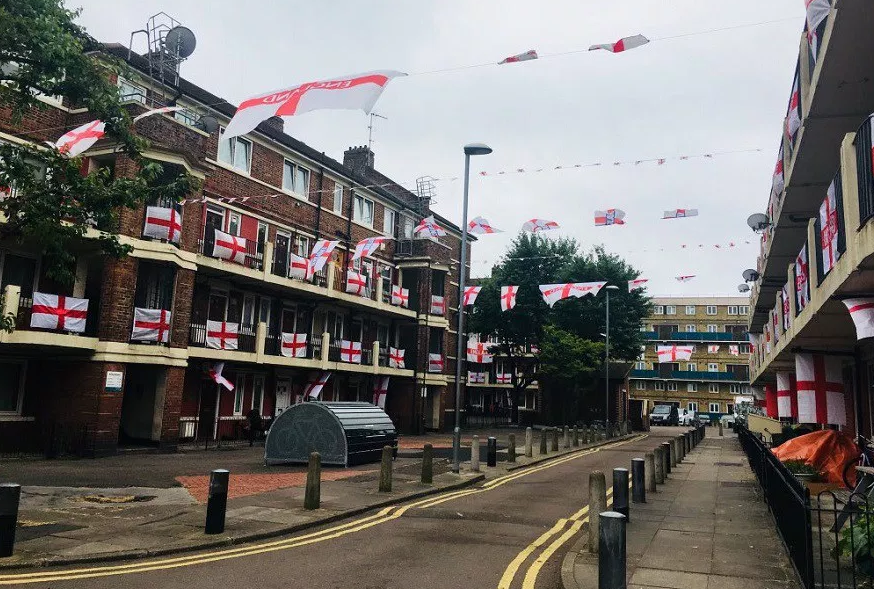 BERMONDSEY locals in South East London have won the hearts of England after decking out their ENTIRE estate in England flags, triggering the PC-mad Labour-run council.

The Kirby Estate, off Southwark Park Road, has been covered in the giant red and white flags to celebrate the World Cup. 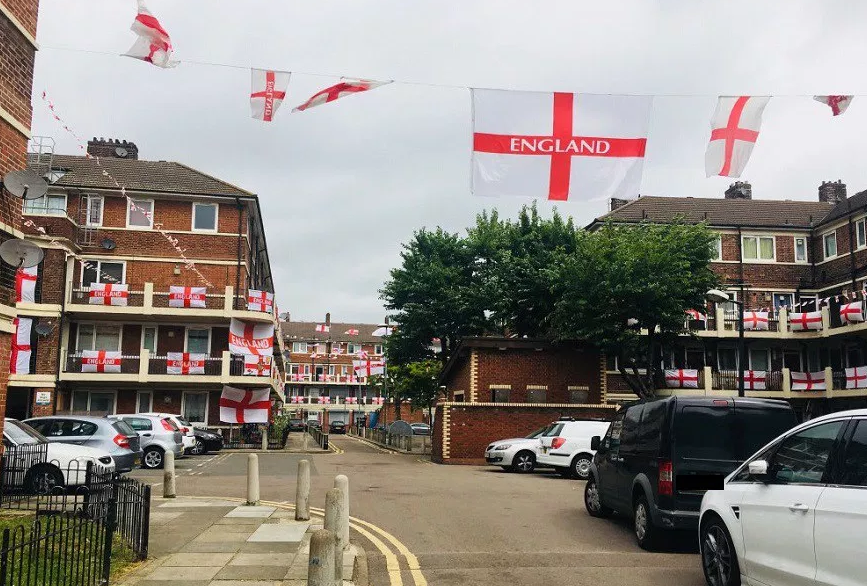 The Facebook video shared by Dave Arnold has been viewed over 1 million times with oppressed Brits across England going wild for the patriotic stunt.

More praise came from Karsten Waller who added: “Great to see ….gives everyone a lift and smile on their faces” and Dan Cooper hit at out at the MSM and joked: “According to The Sun they’ll all be racist”.

What do YOU think of the patriotic show of pride?