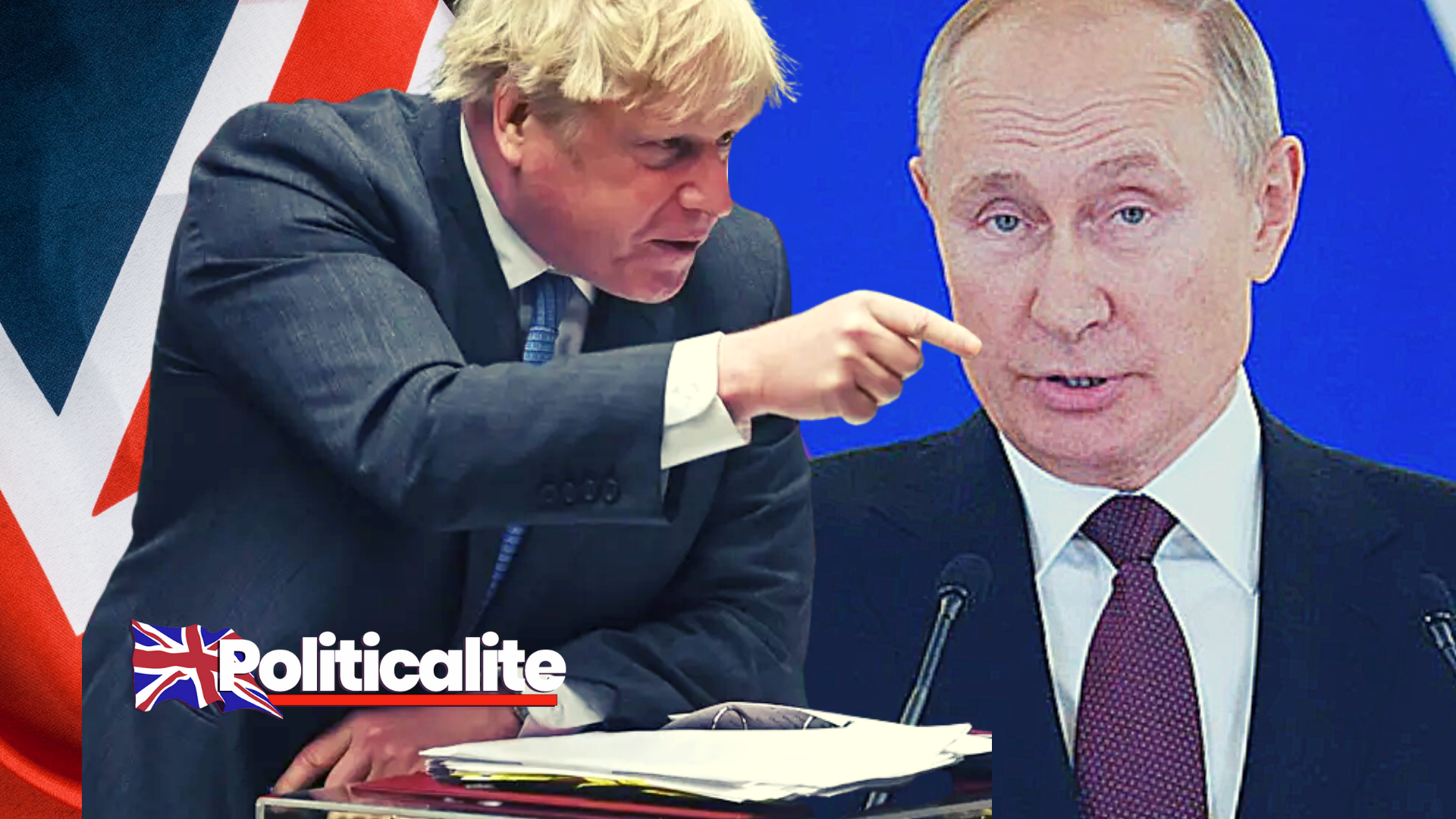 As tensions rise, bruiser Boris doubled-down on his earlier warning that his plans to invade would be “painful, violent and bloody business”.

Mr Johnson said the UK and its allies stand ready to impose “heavy economic sanctions” on Russia and voiced fears that any invasion would result in “bloodshed comparable to the first war in Chechnya or Bosnia”.

Speaking in the House of Commons he said: “If Russia pursues this path, many Russian mothers’ sons will not be coming home.”

“The response in the international community would be the same and the pain that would be inflicted on the Russian economy will be the same.”

He made an appeal for diplomacy to resolve the tensions and avoid a war that would “earn and would deserve the condemnation of history”.

Earlier, Foreign Secretary Liz Truss failed to rule out UK combat troops being sent to help defend Ukraine – but told MPs such a scenario is “unlikely”.

Putin’s aggression threatens peace in Europe and runs counter to Labour’s core values of internationalism and the rule of law.

Mr Johnson, making a statement to the Commons, went on to say: “The British Army leads the Nato battle group in Estonia and if Russia invades Ukraine, we would look to contribute to any new Nato deployments to protect our allies in Europe.”

He also told MPs the UK could not “bargain away” the vision of a free Europe which emerged between 1989 and 1991, adding: “We will not reopen that divide by agreeing to overturn the European Security Order because Russia has placed a gun to Ukraine’s head, nor can we accept the doctrine implicit in Russian proposals that all states are sovereign, but some are more sovereign than others.

“The draft treaty published by Russia in December would divide our continent once again between free nations and countries whose foreign and defence policies are explicitly constrained by the Kremlin in ways that Russia would never accept for herself.”

He went on: “There is nothing new about large and powerful nations using the threat of brute force to terrify reasonable people into giving way to otherwise completely unacceptable demands.

“But if President Putin was to choose the path of bloodshed and destruction, he must realise that it’d be both tragic and futile, and nor should we allow him to believe that he could easily take some smaller portion of Ukraine – to salami-slice – because the resistance would be ferocious.”

Russian troops have massed at the border with Ukraine and intense diplomatic activity has so far failed to ease tensions.

US-led talks to replace Russian gas supplies are being held so that Europe can take on Vladimir Putin without the threat of the Russian Dictator halting gas supplies in revenge.

The Biden administration held meetings with some of the major energy-producing countries and companies around the world over a potential diversion of supplies to Europe, the White House said on Tuesday.