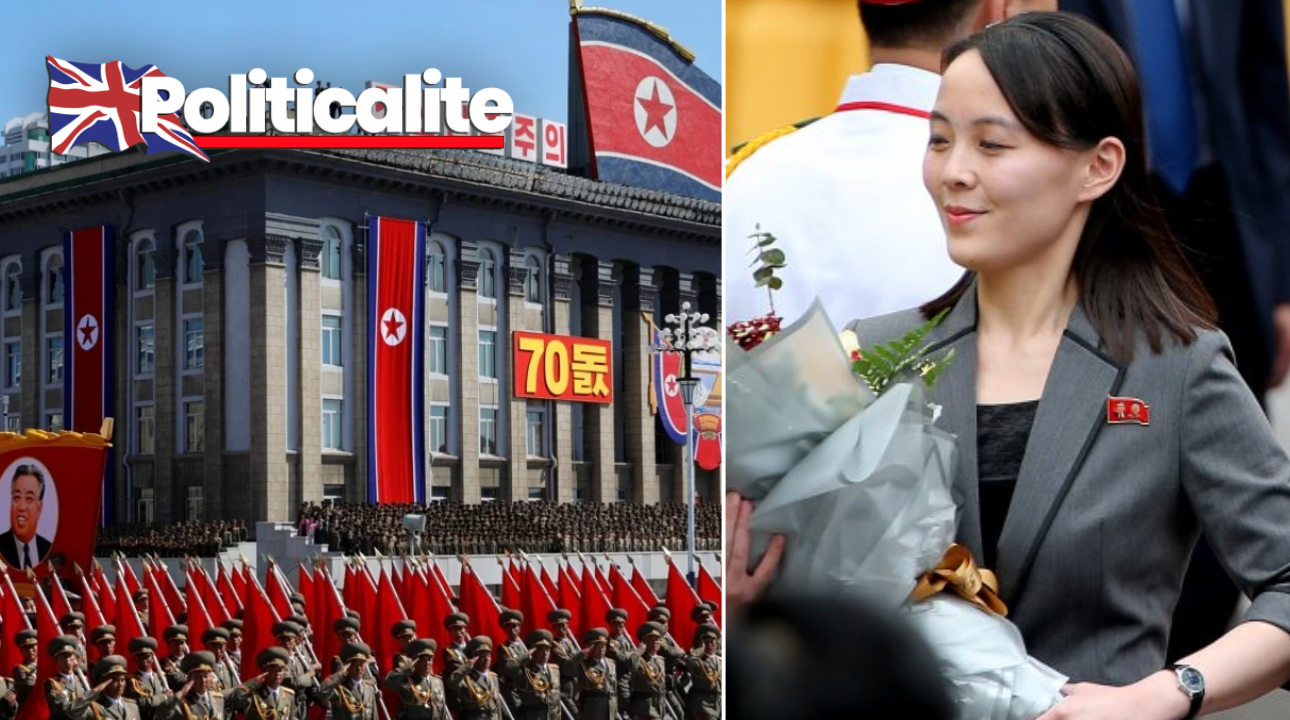 WITH North Korean leader Kim Jong-Un’s health rumoured to be in dire straits, one question lingers: who will replace Rocket Man?

As a team of Chinese medical experts rushes to North Korea to allegedly tend to Un’s mysterious illness, only one credible successor stands out from a family line riddled with murder and secrecy.

Kim Yo-jong (33), the devoted sister of the North Korea dictator, is generally understood to be ready to seize power if Un dies – with experts already predicting that Yo-jong could prove to be even more brutal and ruthless a leader than her sibling.

Following the death of their father, the infamous Kim Jong-il, from a heart attack in 2011, both Kims were left to carry on with the brutal and oppressive regime – tightening the family’s undemocratic grip on the unpredictable, often unstable nation.

By the time of their father’s passing, the line of succession had already been dramatically diverted; with ‘undesirable’ family members such as ‘playboy’ uncles and step brothers either stepped-over or executed.

With former generals said to have been fed to dogs or executed through various other degrading and horrific methods, the new leadership pressed on with their inherited reign of terror.

In February 2017, Kim Jong-nam, the exiled half-brother of Kim Jong-un, was assassinated with the nerve agent VX while walking through Terminal 2 at Kuala Lumpur International Airport[. Jong-un is widely believed to have ordered the assassination.

Kim Yo-jong stood by her brothers side throughout the controversies and power grabs – taking a leading role in the Workers Party of Korea (WPK) and helping to control the nationwide propaganda machine that sees North Korean citizens brainwashed into revering the leaders of the regime as being borderline divine.

Said to have a close personal relationship with her sibling, Kim Yo-jong spent her early years at her mother’s residence in central Pyongyang before being sent to Switzerland in 1996 to continue her education.

Joining her was Kim Jong-Un himself; and the duo’s bond strengthened during their stay with an aunt and uncle – a stay that consisted of being waited on by private chefs, housekeepers and bodyguards.

Originally appointed a junior cadre to the WKP in 2007, Kim Yo-jong was reportedly involved in succession plans after Kim Jong-il suffered a pair of strokes the following year.

Said to have been groomed for public service by her aunt Kim Kyong-hui, Kim replaced her aunt as one of the leading female figures of the ruling party following the execution of Kim Kyong-hui’s husband, Jang Song-thaek, in late 2013.

Under her brother’s rule, Kim became acting director of the National Defense Commission before earning her appointment to the Propaganda and Agitation Department in late 2014. She became an alternate member of the WPK’s political bureau three years later.

Underscoring her prominence in the WPK, Kim issued her first orders to the all-female units of the Korean People’s Army in late 2019. The following March, she released her first public statement in defense of policy, chastising South Korea for their complaints about North Korea’s military exercises.

Kim Yo-jong accompanied her brother to his high-profile denuclearisation talks with President Trump. Yet after the two sides abruptly ended negotiations during the latter summit, Kim Jong-un reportedly blamed his sister for the failure and had her removed from the politburo, before reinstating her in April 2020.

For her leadership role in the Propaganda and Agitation Department, Kim was among the seven North Koreans sanctioned by the U.S. Treasury in early 2017 for “serious human rights abuses and censorship activities.”

With a passion for weaponry, the married mother of at least two children is set to continue to support, or perhaps even increase, North Korea’s worrying nuclear program – a program that has been used by the regime to provoke the US and its ally South Korea through numerous threats and intentionally intimidating missile tests.

Although it has been argued that the male-dominated WPK would prefer either a male successor or collective leadership, given her ties to the “Paektu” bloodline that the family claims for divine ruling rights and the fact that Jong-Un’s children are too young to step into their father’s shoes, it is almost a guarantee that Kim Yo-jung will take over as Supreme Leader of North Korea.

And there are already growing fears that Rocket Man’s sister may prove herself to be even more fierce and brutal than her brother – with incoming leaders having to ‘prove themselves’; often through suppressing and destroying rivals and threatening other countries with nuclear force.

The new Supreme leader will rule over an impoverished, oppressed communist nation – a dictatorship where elections are not free and fair, where government critics are persecuted, aspects of daily life such as media and internet access is strictly controlled by the regime, and where there is no freedom of religion..

Yo-jung will also rule over an extensive network of prisons and labour camps that have imprisoned and killed millions of people; with the regime frequently convicting citizens for ‘political crimes’ and using collective punishment whereby members of a family are indefinitely imprisoned and punished for the crimes of one person.

Daily NK, an online newspaper based in South Korea, has reported that current leader, Kim Jong-un reportedly received a cardiovascular system procedure on April 12th in response to his “excessive smoking, obesity, and overwork,” according to the news site, and is now allegedly receiving treatment in a villa in Hyangsan County.

Recent reports from Japan have since claimed that the dictator is in a ‘vegetative state’.

In a country surrounded by mystery and fear, only one thing is certain: if Kim Jong-Un does not pull-through, or (as some sources have suggested) is already dead, not only will the nation’s current relatively peaceful status quo be placed in serious jeopardy, but the entire west could soon face a threat not seen in decades.

The world now awaits an update of Jong-Un’s condition with baited breath.