Erdogan, Trump Agree No 'Cover-Up' Of Khashoggi Murder Should Be Allowed

AN AUSTRALIAN MP pulled off an extraordinary stunt in Parliament to get the message across about a ban on the Burka.

The controversial MP, who leads the One Nation party was criticised for the stunt and received gasps of shock from fellow MPs.

As she removed the Burqa, she said “This is not what should belong in this Parliament”. 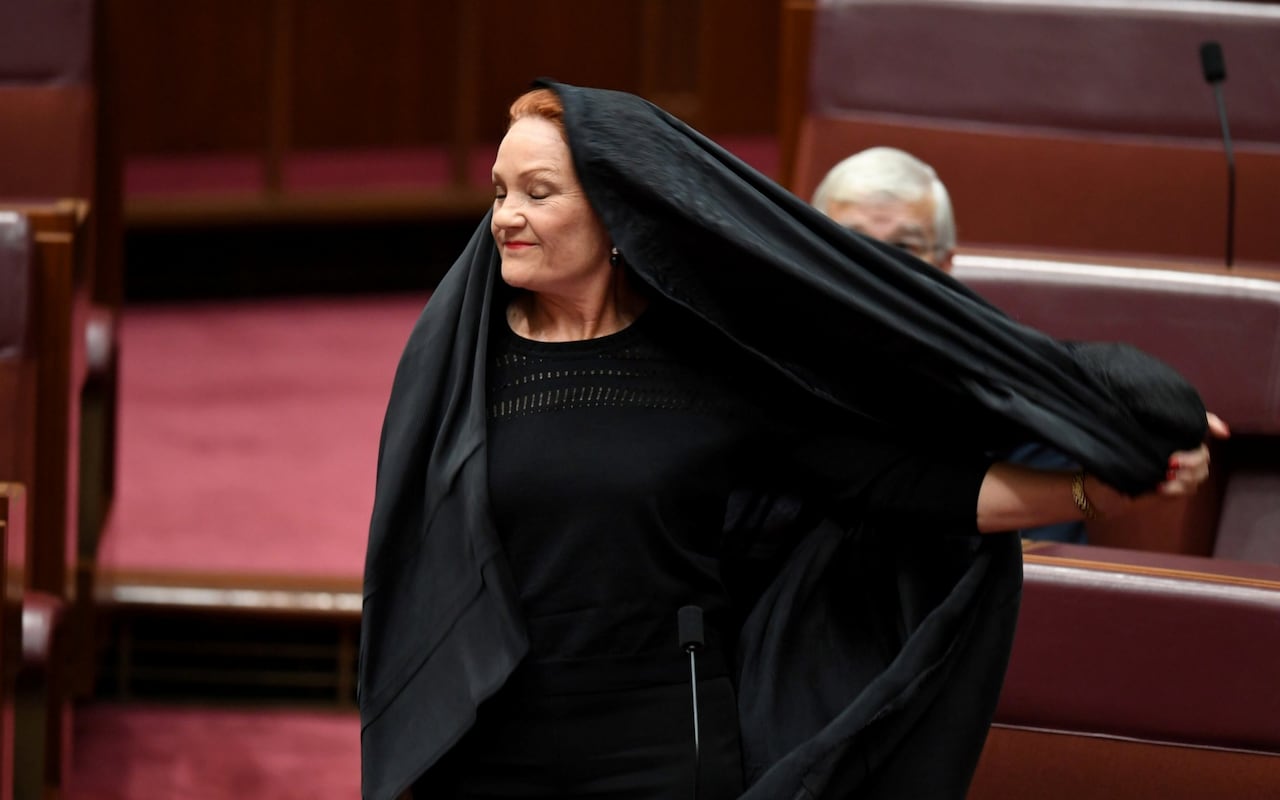 Following the stunt, Mrs Hanson released a statement and said”

“This is a debate that is happening across the world and Australia cannot not hide from a difficult conversation out of fear and causing offence.”

The Australian coalition government and opposition parties have rejected her calls for a ban on the Burka.