A BRIDE-TO-BE was shot and killed by a Police officer – Mohammed Noor, in Minneapolis, Minnesota after she called 911 to report a disturbance.

Mohammed Noor was already under investigation for ‘assault and battery’ of another woman. 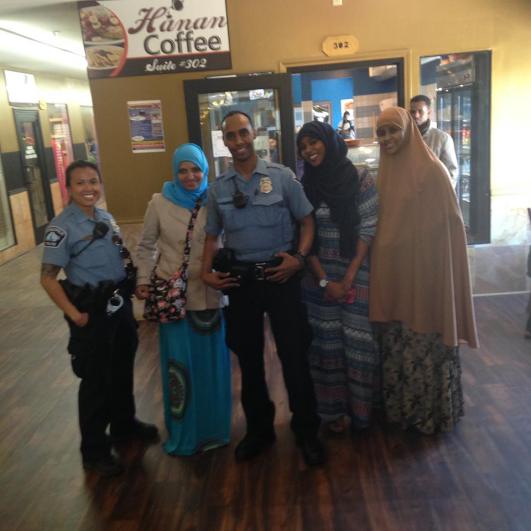 The grieving father of the Australian bride-to-be paid tribute to her Tuesday as “a beacon to all of us.”

John Ruszczyk said his daughter, spiritual healer Justine Damond, “was so special to us and to so many others.”

The 40-year-old’s killing has left her grieving family and protesters demanding answers in a city that has just been at the centre of another high-profile police shooting.

“Justine was a beacon to all of us,” Ruszczyk told reporters in her hometown of Sydney, Australia. “We only ask that the light of justice shine down on the circumstances of her death.”

Damond died of a single gunshot wound to the abdomen shortly before midnight Saturday after calling 911 to report a possible assault, officials have said.

The officer who fired the shot has been identified by his lawyer as Mohammed Noor, who joined the force in 2015 — and was celebrated as the Fifth Precinct’s first Somali officer. He was recognised in May 2016 by Mayor Betsy Hodges, who called his assignment a “wonderful sign of building trust and community policing at work.” He has two open complaints, from 2017 and 2016.

The Bureau of Criminal Apprehension (BCA) of the Minnesota Department of Public Safety said it was investigating, although there appeared to be no video because the officers’ body cameras were switched off.

Both officers have been placed on standard administrative leave, according to the Minnesota Department of Public Safety, but police are not confirming the identity of either officer while the investigation continues.

PHOTOS: Victory for the World as ISIS is destroyed in Mosul