NOTHING COMPARES TO MUHAMMAD: Sinead O'Connor Says She's Now Muslim and her name is Shuhada
Advertisement 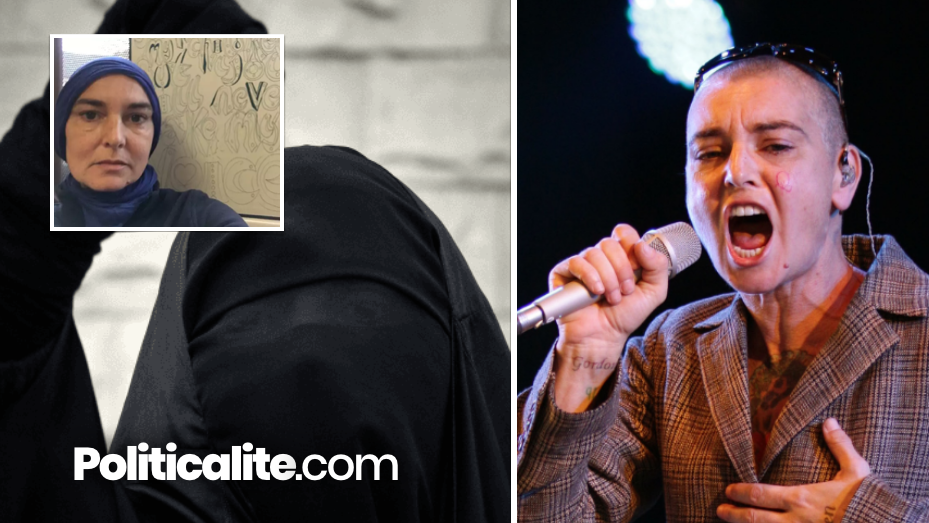 IT’S BEEN 28 years, 9 months, and 18 days (at the time of publication) since Sinead O’Connor released ‘Nothing Compares To You’ and now the Irish star thinks nothing compares to… Mohammad.

Sinead, 51 has revealed she has turned to Islam and her name is now Shuhada…. yes, really.

The one hit wonder announced her conversion to Islam, changing her name to Shuhada’ Davitt on Twitter.

The name means “martyrs” in Arabic.

This is to announce that I am proud to have become a Muslim. This is the natural conclusion of any intelligent theologian’s journey. All scripture study leads to Islam. Which makes all other scriptures redundant. I will be given (another) new name. It will be Shuhada’

“This is to announce that I am proud to have become a Muslim,” she said.

She also revealed she will be donning a BURQA saying… “My best friend just gave me my 1st Hijab and she got chills all over her body when I put it on. Not gonna post a photo because is intensely personal. And I’m an ugly old hag. But I’m a very, very, very happy old hag.” … not that anyone would see the ugly old hag.

In 1992 She tore up a picture of the pope live on NBC’s Saturday Night Live but was later ordained as a Priest in 1999 by a bishop at a French fringe Catholic Latin Tridentine Church in Lourdes, France, in which she was renamed Mother Bernadette Mary.

In 2015, the mother of four posted on Facebook that she had overdosed in the wake of a custody battle involving her youngest son and his father, Irish musician Donal Lunny. Police later said they had located O’Connor and she was “safe and sound.”

The following year, O’Connor was reported missing in Chicago when she did not return from a bike ride, but police found her a day later.

Last year, she posted a tearful video of herself discussing her mental illness, which sparked concern among friends and family.
The footage shows her crying in a motel room and lamenting that her family has abandoned her in the wake of mental health issues.