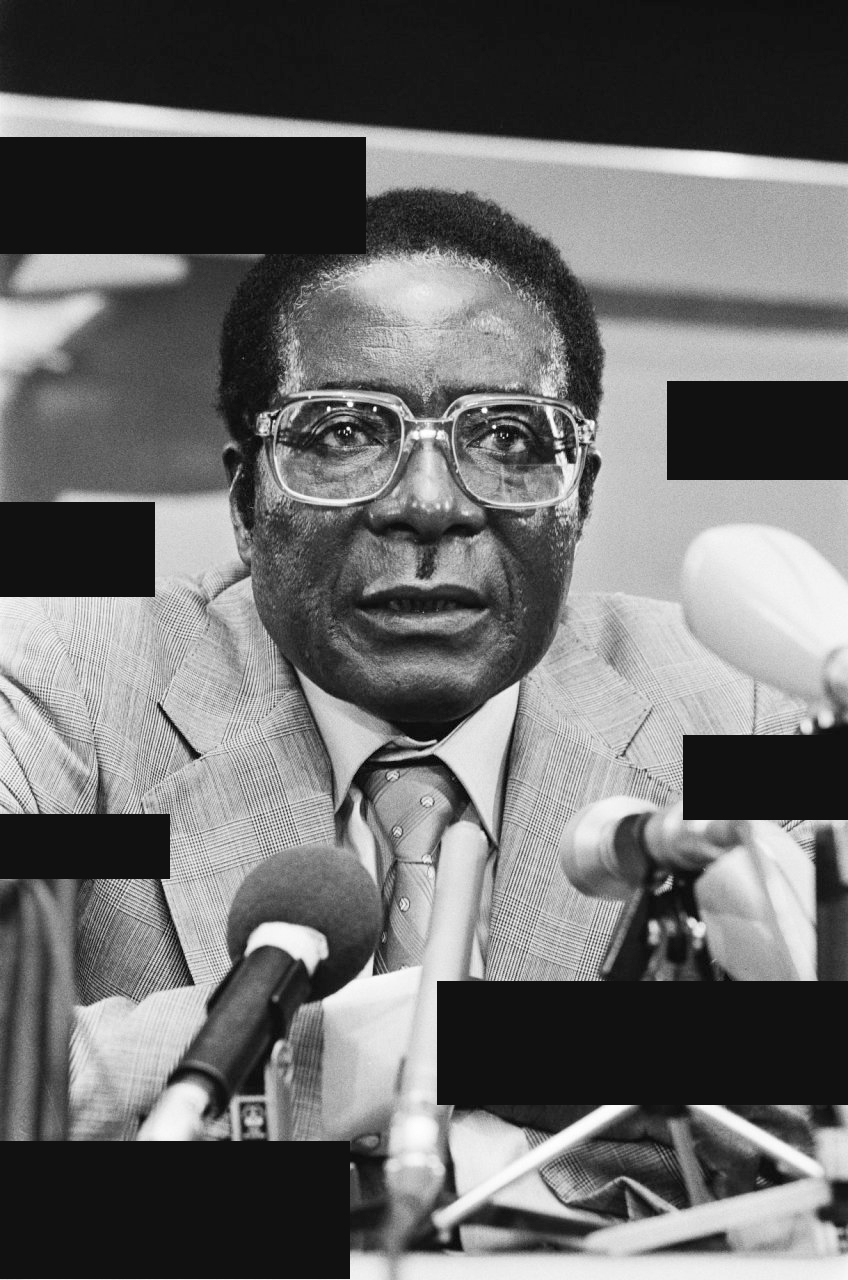 ROBERT MUGABE was toppled today ending a 37-year dictatorship as Zimbabwe’s military seized power and said it was holding President Mugabe and his family safe while targeting “criminals” in the inner circle of the man who has ruled the nation with an iron fist since independence from Britain 37 years ago. 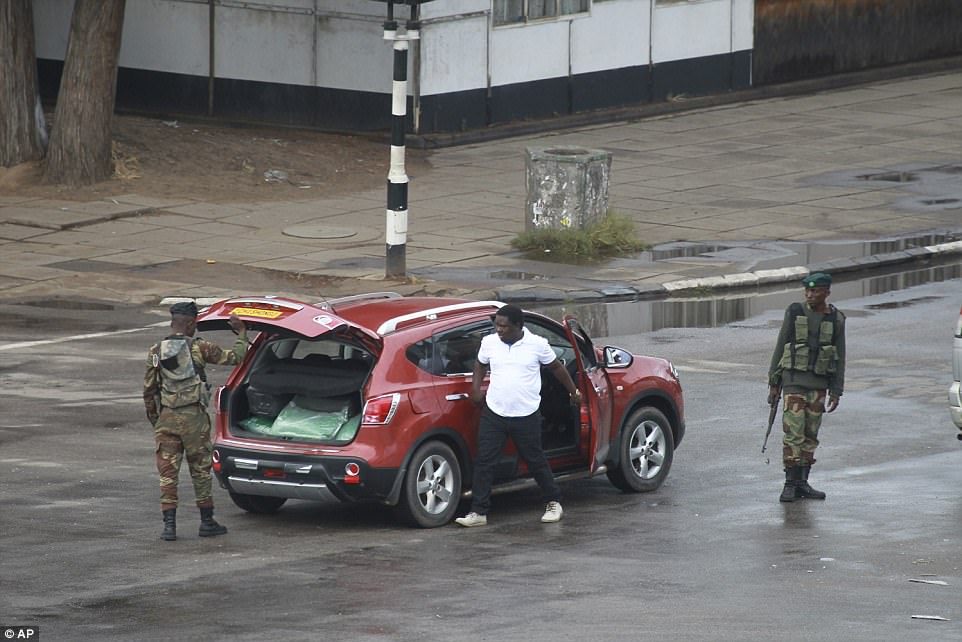 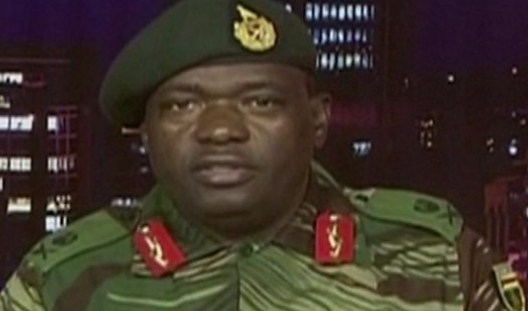 Armoured vehicles blocked roads to the main government offices, Parliament and the courts in central Harare while taxis ferried commuters to work nearby. The atmosphere in the capital is reportedly calm. 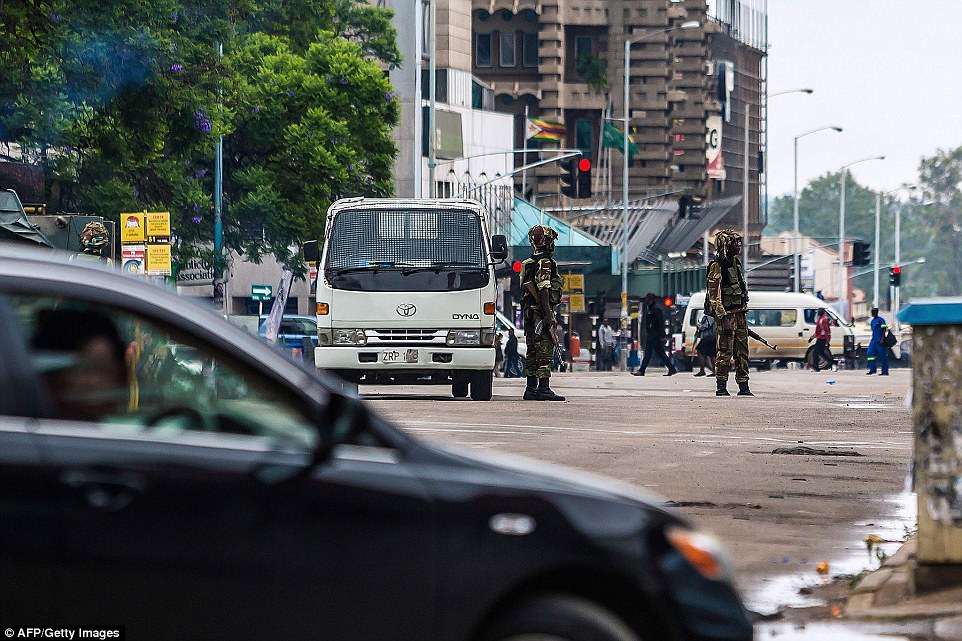 In his first contact with the outside world since the coup, Mugabe spoke by telephone to the president of South Africa, Jacob Zuma, and told him he was confined to his home but was fine, the South African Presidents office said in a statement. 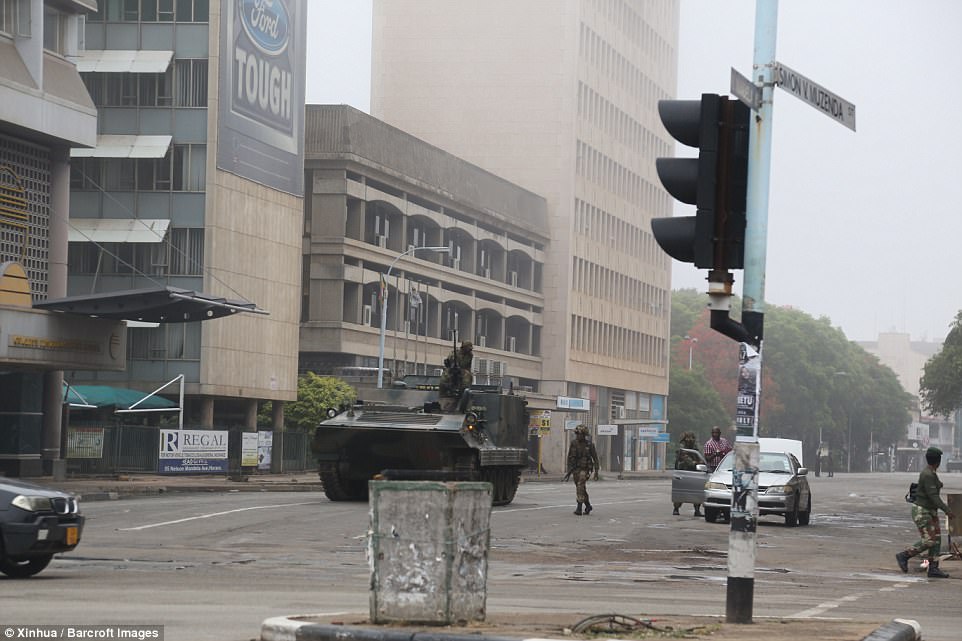 It was not clear whether the apparent military coup would bring a formal end to the 93-year-old Mugabe’s rule; the main goal of the generals appeared to be preventing Mugabe’s wife Grace, 41 years his junior, from succeeding him. 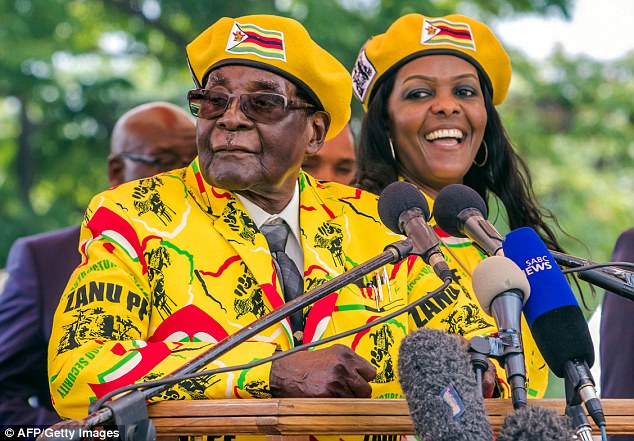 Despite years of global condemnation, Mugabe is still seen by many Africans as a liberation hero. He is reviled in the West as a despot dictator whose destructive handling of the economy and willingness to resort to violence to maintain power destroyed one of Africa’s most promising states which was once described as the “breadbasket of Africa”.

Mugabe plunged Zimbabwe into a fresh political crisis last week by firing his vice president and successor. The generals believed that move was aimed at clearing a path for Grace Mugabe to take over and announced on Monday they were prepared to “step in” if purges of their allies did not end.

“We are only targeting criminals around him (Mugabe) who are committing crimes that are causing social and economic suffering in the country in order to bring them to justice,” Major General SB Moyo, Chief of Staff Logistics, said on television.

“As soon as we have accomplished our mission, we expect that the situation will return to normalcy.”

“We cannot tell how developments in Zimbabwe will play out in the days ahead and we do not know whether this marks the downfall of Mugabe or not,” British Foreign Secretary Boris Johnson told parliament. “We will do all we can, with our international partners, to ensure this provides a genuine opportunity for all Zimbabweans to decide their future.”

Zimbabwe’s Finance Minister Ignatius Chombo, a leading member of the ruling party’s ‘G40’ faction, led by Grace Mugabe, had been detained by the military, a government source said.

Residents spoke in awe of events that had previously seemed unthinkable.

“I don’t support the army but I am happy to see Mugabe gone, maybe this country can start to develop again,” said Rumbi Katepfu, preparing to shut her mobile phone shop early in downtown Harare. “I did not think this would ever happen… We used to think Mugabe and Grace were invincible.”

As evening fell in Harare, there were fewer people on the streets than usual, including vendors who usually trade their wares after dusk. On the road leading to parliament, opposite a Catholic cathedral, soldiers sat on a bench puffing cigarettes. 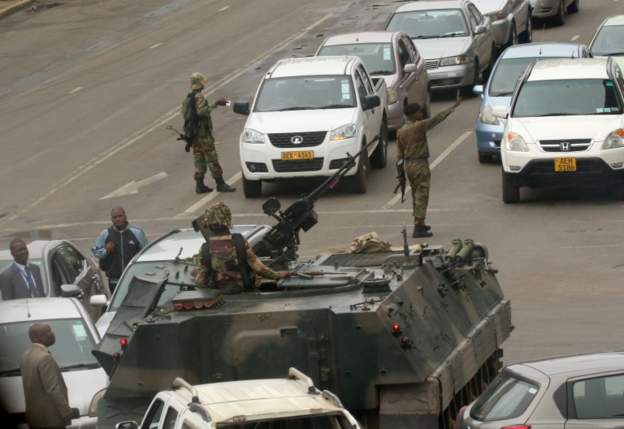 Nearby, in a park, a lone couple shared a chocolate bar, seemingly unconcerned by the presence of the troops.

“Whats there to fear? This is a free country,” said Nathan Mpariwa, stroking the hand of his partner. 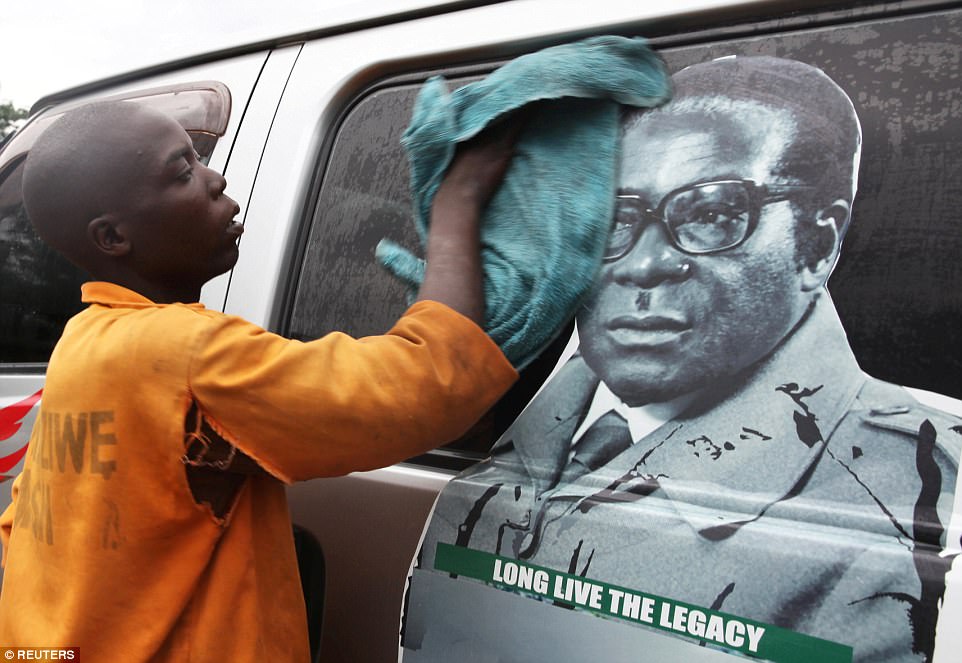 Mugabe supporters seemed disinclined to fight to defend him. Tinashe Murisi, washing a car emblazoned with a picture of Mugabe in the poor township of Mbare a few minutes from the city centre, said: “All I need is peace in the country and the rest we don’t have to get involved in that what does not concern us.”

Whatever the final outcome, the events could signal a once-in-a-generation change for the southern African nation, once a regional bread-basket, reduced to destitution by an economic crisis Mugabe’s opponents have long blamed on him.

Even many of Mugabe’s most loyal supporters had come to oppose the rise of his wife, who courted the powerful youth wing of the ruling party but alienated the military, led by Mugabe’s former guerrilla comrades from the 1970s independence struggle.

“This is a correction of a state that was careening off the cliff,” Chris Mutsvangwa, the leader of the liberation war veterans, told Reuters. “It’s the end of a very painful and sad chapter in the history of a young nation, in which a dictator, as he became old, surrendered his court to a gang of thieves around his wife.”

The opposition Movement for Democratic Change called for a peaceful return to constitutional democracy, adding it hoped the military intervention would lead to the “establishment of a stable, democratic and progressive nation state”.

Zuma – speaking on behalf of the Southern African Development Community (SADC) – expressed hope there would be no unconstitutional changes, and urged Zimbabwe’s government and the military “to resolve the political impasse amicably”. 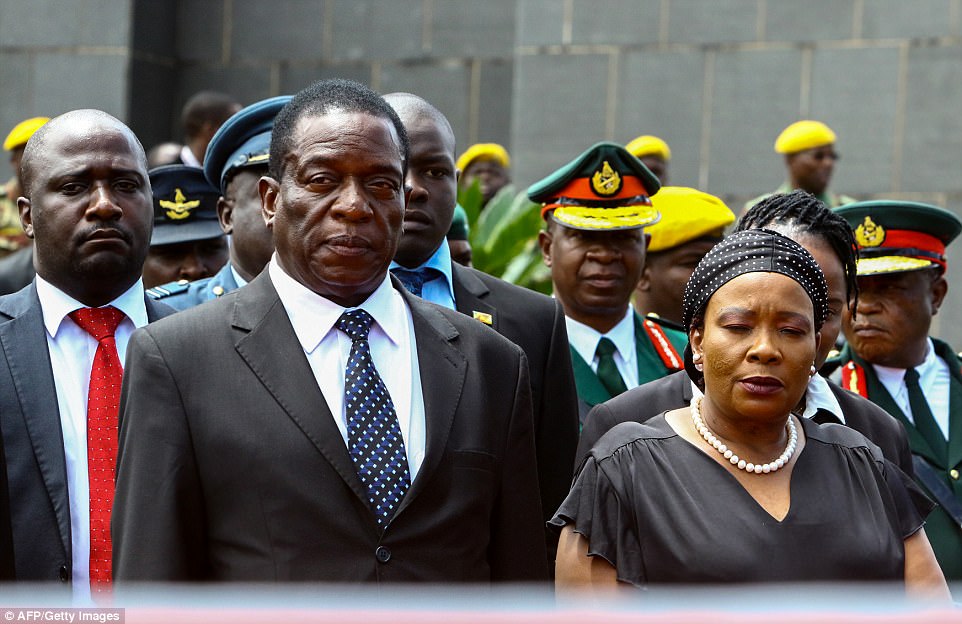 Former vice-president Emmerson Mnangagwa, 75, who was sacked by Mugabe earlier this month, has returned from exile. The dismissal left Mugabe’s wife Grace, 52, in prime position to succeed her husband as the next president – a succession strongly opposed by senior ranks in the military

FROM “BREADBASKET” TO EMPTY BASKET 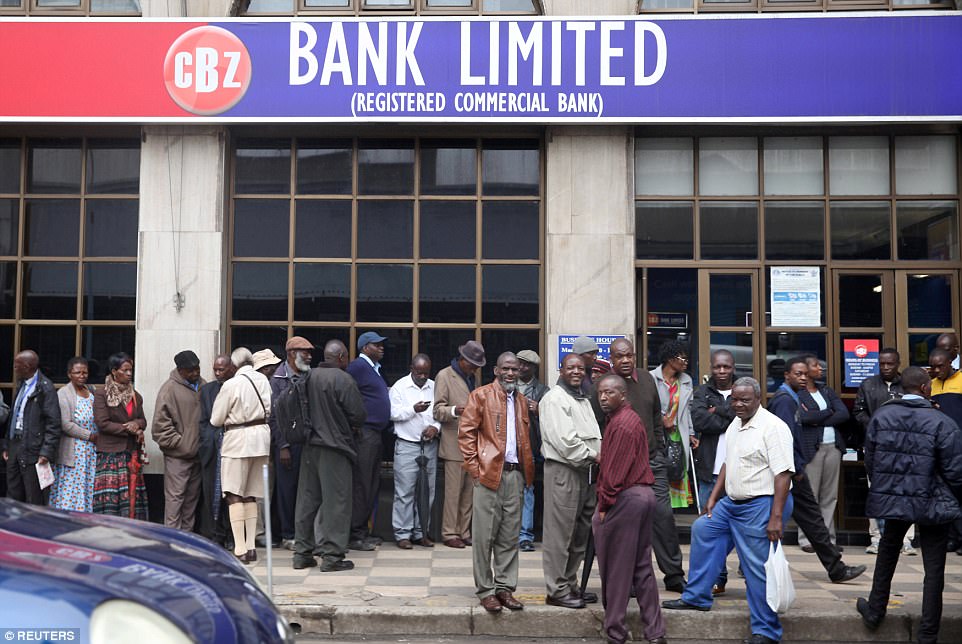 While most African states gained independence by the end of the 1960s, Zimbabwe remained one of the last European colonies on the continent, ruled by white settlers as Rhodesia until 1980. Mugabe took power after a long guerrilla struggle, and two decades later ordered the forcible seizure of white-owned farms.

The collapse in output that followed was one of the worst economic depressions of modern times. By 2007-2008 inflation topped out at 500 billion percent. Mugabe blamed Britain and the United States for sabotaging the country to bring it to heel. His followers used violence to suppress a growing domestic opposition he branded lackeys of former colonial powers.

The economy briefly stabilised from 2010-2014 when Mugabe was forced to accept a power-sharing government with the opposition, but since then the recovery has unravelled.

In the last year, a chronic shortage of dollars has led to long queues outside banks. Imported goods are running out and economists say that by some measures inflation is now at 50 percent a month. 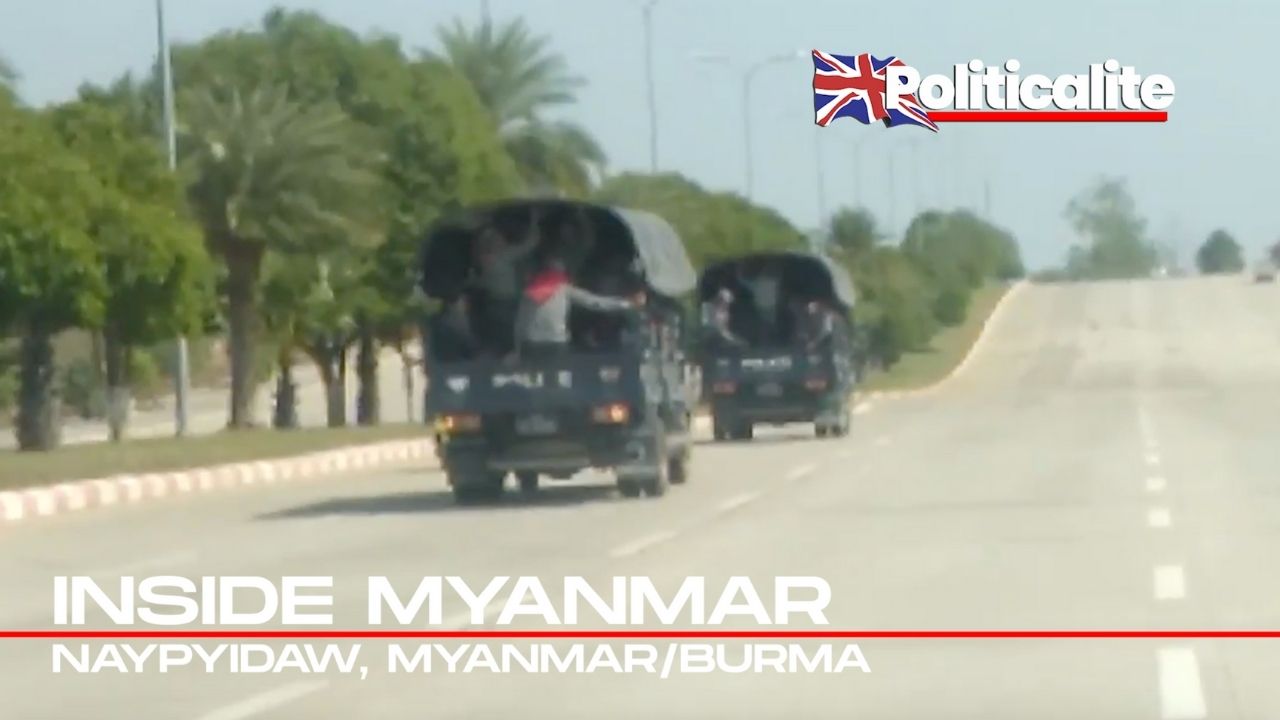 ON THE MOVE: Myanmar Military Vehicles On The Move Amid Illegal Coup

ARMY vehicles and roadblocks could be seen on the streets of Myanmar’s capital Naypyidaw on Monday as the military seized power in the country... 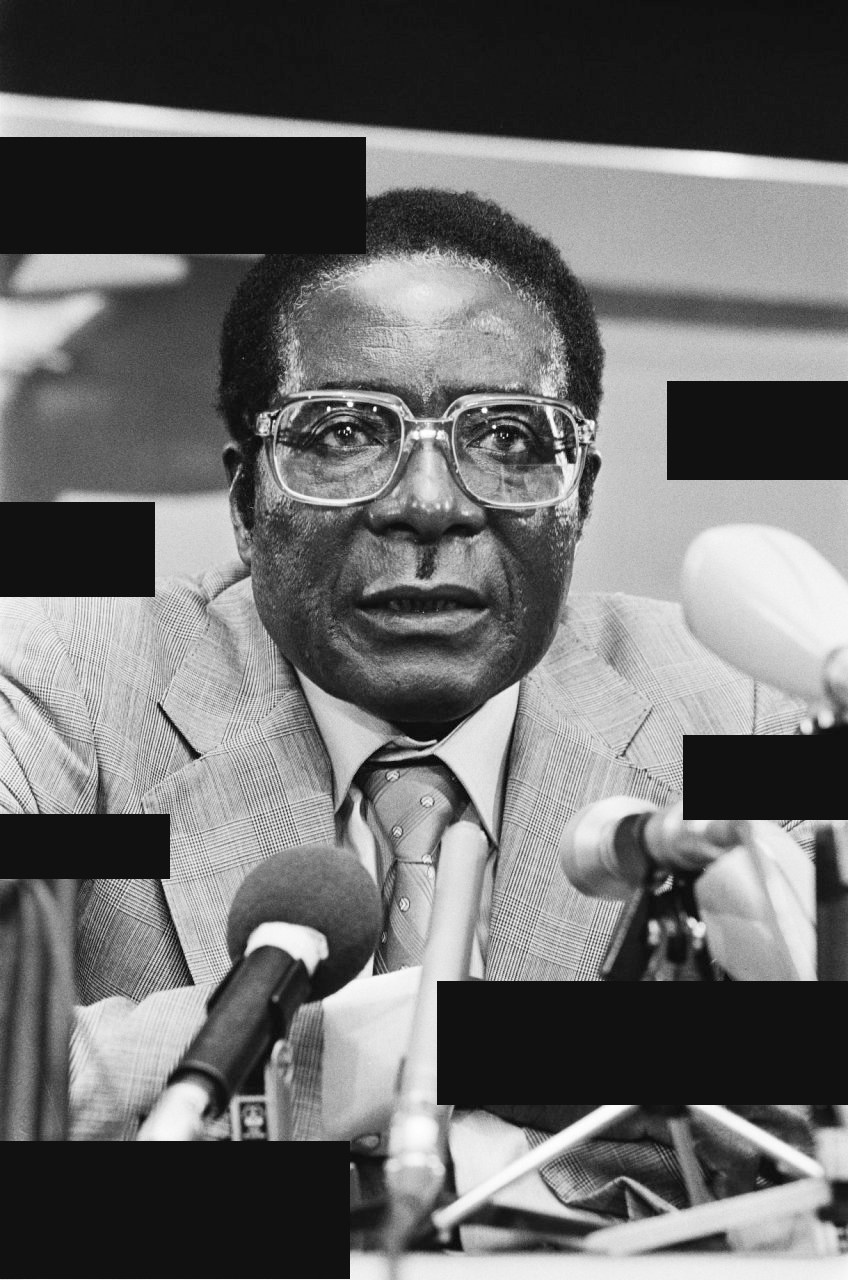 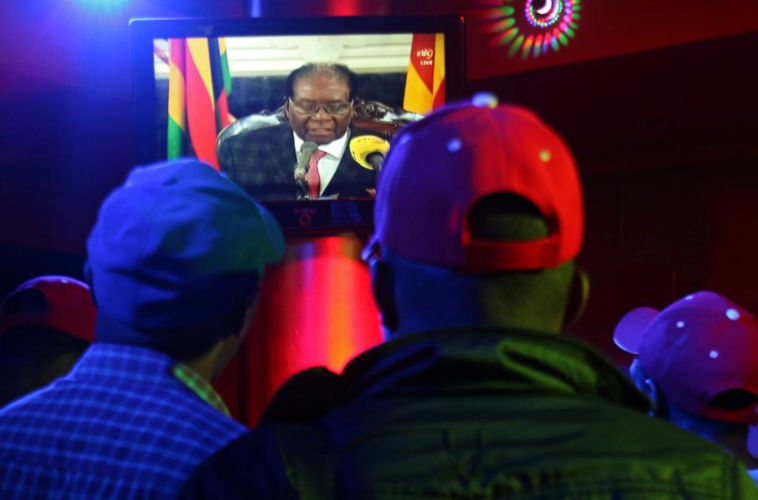 PRESIDENT Robert Mugabe stunned Zimbabwe and the world on Sunday by making no mention of resignation in a television address, defying his own ZANU-PF... 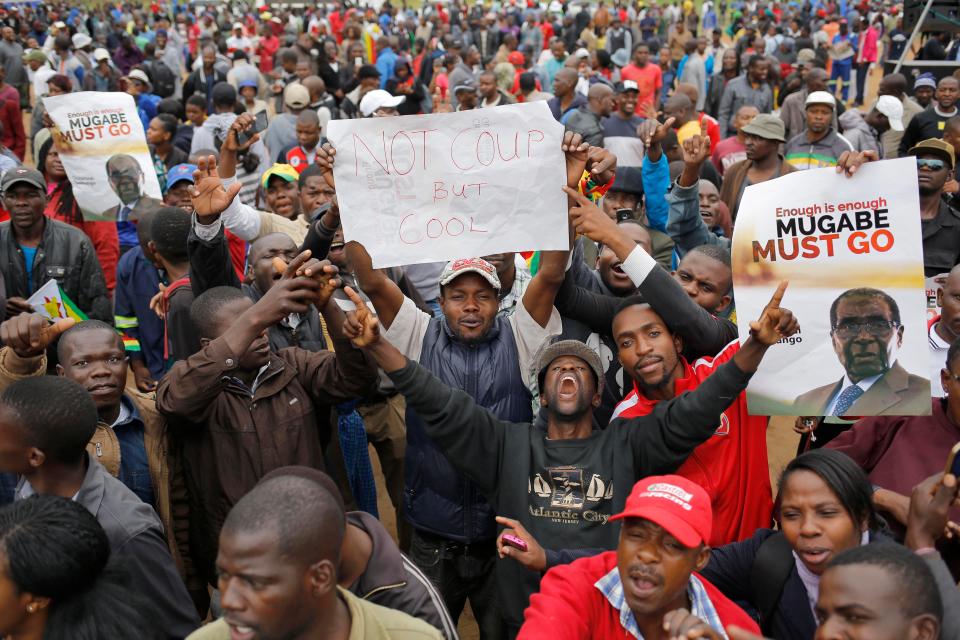