OPINION: "Statues Taken Down Should Go to a Museum” - but will they be safe there and will any actually go there?"
Advertisement 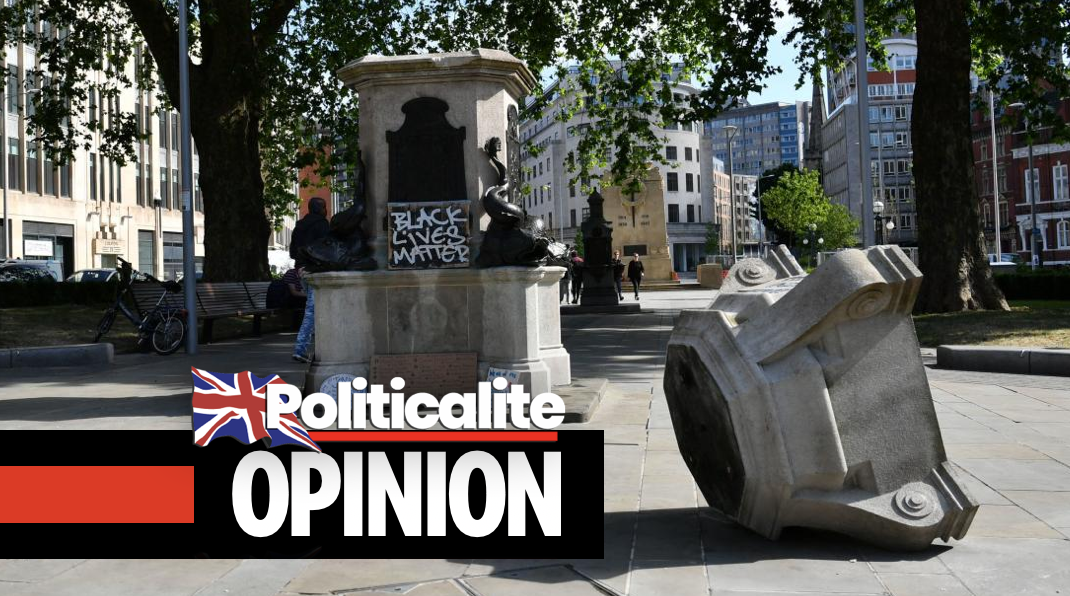 MANY who support the removal of outdoor Confederate and other statues offer an alternative location, “send them to a museum.” To date, no recently toppled or removed sculptures in the US have gone to museums, no matter how important or valuable, and none are even scheduled to do so. As previously mentioned, Civil war experts fear that some already removed statues may have been melted down in secret.

Two statues outside of the US will meet a better fate – the recently removed bronze sculpture of King Leopold II in Antwerp and the toppled statue of philanthropist, slave owner Edward Colson in Bristol, UK. Both are already scheduled for restoration, and museum locations are planned.

The 1895 Colson bronze statue was created by John Cassidy. He wasn’t a high priced artist. *A similar Cassidy piece is worth about 50,000 pounds today, or $63,000. It’s always important to try to give a monetary value to vandalized sculptures, which the press refuses to do, because statue destruction is a criminal act. Actually, there has been at least one arrest for toppling the Colson statue.

As to already downed statues in Richmond, Mayor Levar Stoney only paid lip service to preserving them. He used “emergency powers” to start removing them, but he hasn’t disclosed where they are going. He had previously announced a new city ordinance giving him the power to do whatever he wanted with local statues.

It should be noted that in 2018, the Monument Avenue Commission held a city wide vote about what to do with the statues. The public overwhelmingly voted in every district to ADD to the Confederate monuments rather than take them away. City officials never acted upon this plan. They should bear responsibility for the current mayhem and damage.

Now Mayor Stoney, with his drastic destruction of Monument Avenue, can look forward to a huge increase in crime in Richmond, as already seen in Memphis, New Orleans, and Baltimore after statue removals.

Stoney previously encouraged the mostly white millennial protestors to destroy the extremely valuable Monument Avenue Beaux Arts sculptures, by ordering a police stand down, according to the police. Since these protestors displayed such wild hatred for inanimate objects, the question becomes – if these sculptures ever land in a museum, will the museum and their personnel be safe from attacks? The answer is ’no’ until local politicians endorse arresting vandals. Congress is complicit, with those who are history-semi-literate, publicly encouraging the destruction of irreplaceable high priced fine art.

On July 1, 2020, the bronze General Thomas ‘Stonewall’ Jackson on Little Sorrel by Frederick William Sievers on Monument Avenue was just removed. The avenue will soon be empty except for Lee, on state land and protected by a challenge from an original benefactor, and Arthur Ashe. An allegorical statue of Confederate Navy officer Admiral Matthew Fontaine Maury, also by Sievers, from 1929, was also removed. He created naval charts that are still in use today.

No matter what contemporary sculptures replace the fallen ones, tourism in Richmond will suffer. As reported previously, it had been extremely high, with tourists coming from Europe and all over to see the avenue of spectacular monuments.