END OF THE ROAD? Prince Harry and Meg HIT BACK at Jeremy Clarkson over “hate” column
Advertisement 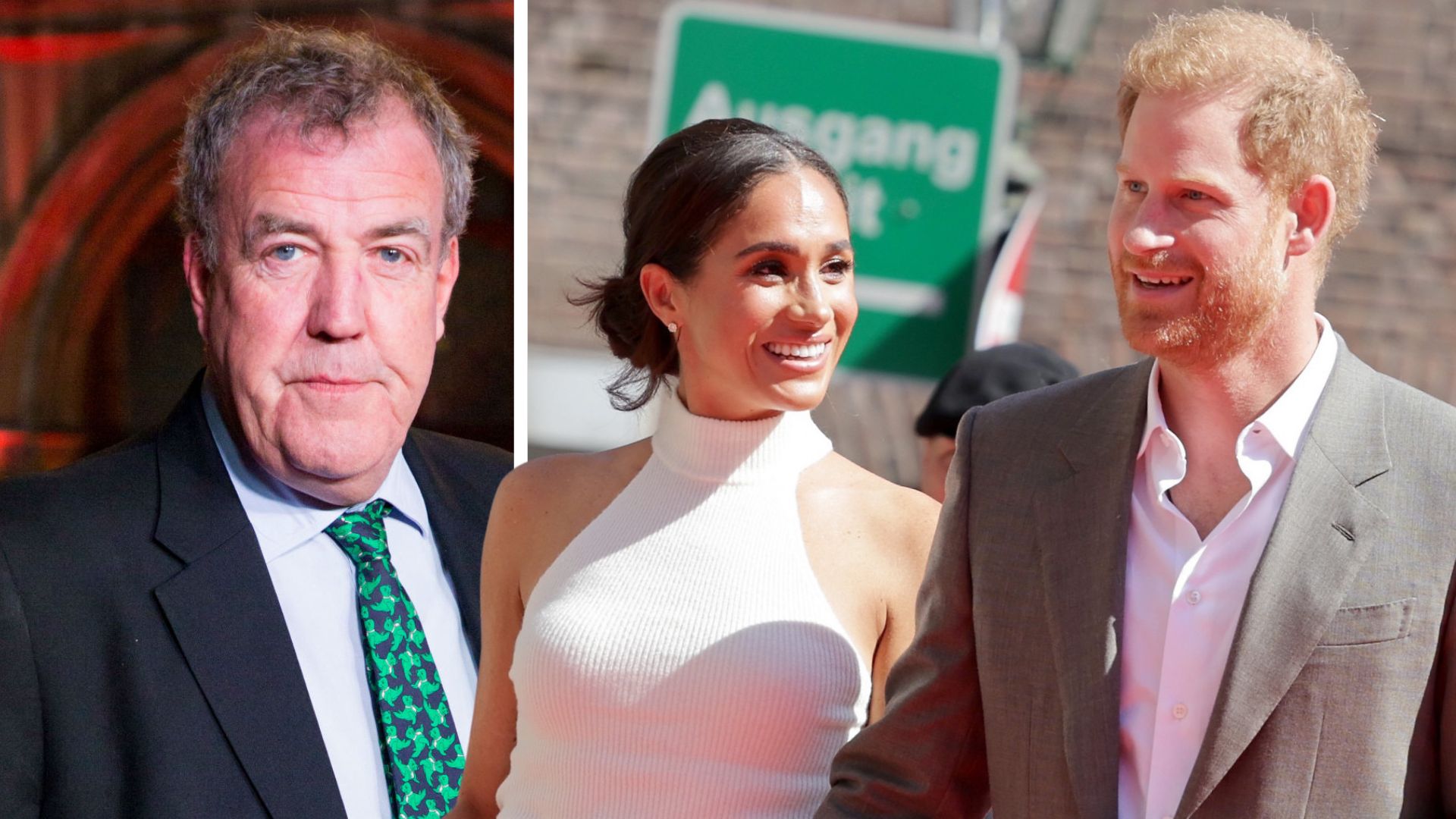 PRINCE Harry and Meghan have hit back at Jeremy Clarkson over the TV stars controversial column.

Jeremy, 62 was accused of spreading “hate rhetoric” by a spokesperson for the Duke and Duchess after he sparked outrage in December when he wrote in The Sun that he was “dreaming of the day” the duchess would be forced to “parade naked through the streets” while crowds threw excrement at her.

The outspoken TV star took to Instagram on Monday to apologise for the controversial article about Meghan that The Sun apologised for and claimed he wrote to the royal couple – but a spokesperson for the duo has now disputed Jeremy’s claim that he reached out to them both.

The spokesperson said: “On December 25, 2022, Mr. Clarkson wrote solely to Prince Harry, The Duke of Sussex. The contents of his correspondence were marked Private and Confidential.”

In a statement given to US magazine PEOPLE, the spokesperson said: “While a new public apology has been issued today by Mr. Clarkson, what remains to be addressed is his long standing pattern of writing articles that spread hate rhetoric, dangerous conspiracy theories, and misogyny. Unless each of his other pieces were also written in a hurry, as he states, it is clear that this is not an isolated incident shared in haste, but rather a series of articles shared in hate.”

He wrote on the photo-sharing platform: “Usually, I read what I’ve written to someone else before filing, but I was home alone on that fateful day, and in a hurry. So when I’d finished, I just pressed Send. And then, when the column appeared the next day, the landmine exploded.

“I therefore wrote to everyone who works with me saying how sorry I was and then, on Christmas morning, I e-mailed Harry and Meghan in California to apologise to them too. I said I was baffled by what they had been saying on TV but that the language I’d used in my column was disgraceful and that I was profoundly sorry.”

Over the last 30 years, I have written very nearly 5,000 newspaper and magazine columns, so it was inevitable that, one day, I’d do a Harry Kane and sky one of the damn things. Which is what happened with the piece about Meghan.”

The row has caused a nightmare for brand Clarkson – one of Britain’s biggest telly stars with multi-million pound deals with ITV – where he fronts Who Wants to Be A Millionaire and also streaming giant Amazon Prime – who are mulling cutting ties with the presenter.

ITV boss Kevin Lygo told The Guardian that the network had “no control” over what Clarkson said in his Sun newspaper column but that “he should apologise” for his comments.

Amazon Prime appears to cutting ties with sources telling US entertainment industry mag Variety that the streaming service won’t be working with Clarkson after 2024 following the new series of “The Grand Tour” and “Clarkson’s Farm” – both of which have already been commissioned.

The band Chumbawamba who had a hit with “Tubthumping” rejected a five-figure sum that would’ve let Clarkson use the song in an upcoming series.

TV Producers reportedly offered the nineties one hit wonders an offer of £30,000 to use one of their songs in a trailer for his “new TV series”.

Boff Whalley – lead singer of the group said: “We turned down £30,000 for our song to be used for a trailer for Jeremy Clarkson’s new TV series.”

“I can’t tell you how much satisfaction that gave us.”

Jeremy admitted he “felt sick” when he read his column for the first time and the 62-year-old broadcaster thinks he made the situation worse for himself for failing to add context to his remarks, which referenced a scene from ‘Game of Thrones’.

He said: “It was a slow rumble to start with, and I ignored it. But then the rumble got louder. So I picked up a copy of The Sun to see what all the fuss was about.

“We’ve all been there, I guess. In that precise moment when we suddenly realise we’ve completely messed up. You are sweaty and cold at the same time. And your head pounds. And you feel sick. I couldn’t believe what I was reading. Had I really said that? It was horrible.

“I knew what had happened straight away. I’d been thinking of a scene in ‘Games Of Thrones’, but I’d forgotten to mention this. So it looked like I was actually calling for revolting violence to rain down on Meghan’s head. I was very angry with myself because in all those controversial days on ‘Top Gear’, when I was accused of all sorts of things, it was very rarely sexism.

“We never did ‘women can’t park’ gags for instance. Or suggested that powerful cars were only for men. And I was thrilled when Jodie Kidd and Ellen MacArthur set fastest-ever laps in our reasonably-priced car. I’m just not sexist and I abhor violence against women. And yet I seemed to be advocating just that.

“I was mortified and so was everyone else. My phone went mad. Very close friends were furious. Even my own daughter took to Instagram to denounce me.”