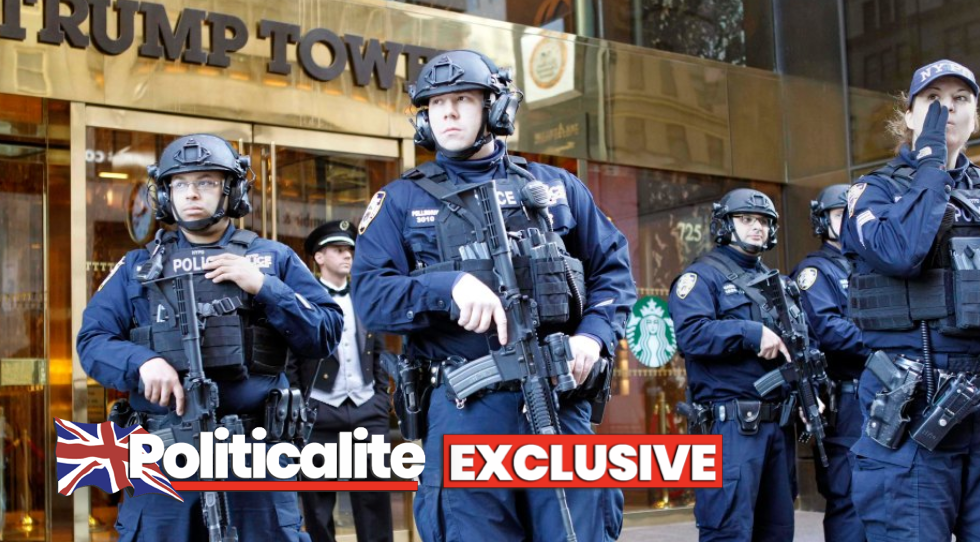 YESTERDAY – at the BLM street sign at Fifth Avenue at the Trump Building on 56th St.

Officer L., a Spanish police officer, spoke to me about the BLM street sign and more. I asked him and his fellow officers on the corner, “Have there been any more protests since the ones in the news?”

Officer L responded, “There’ve been three so far. Right now there’s no reason for this street sign to be here. The mayor ordered it and now everyone knows what kind of organization BLM is, and it’s not worth this expense.” I asked, “How expensive was it to put in?”

Officer L answered, “It’s not the expense of putting it on the street but the amount of police that must now stand guard.”

“How many?” I asked. He said, “At least 25 extra police every day. So that’s a lot of salaries being paid for no reason. [$8,000. per day!] The mayor ordered this street sign, and he’s using tax payers’ money. He never asked the people who live around here and those who do business here if they wanted it. Most I’ve spoken to don’t want it.” 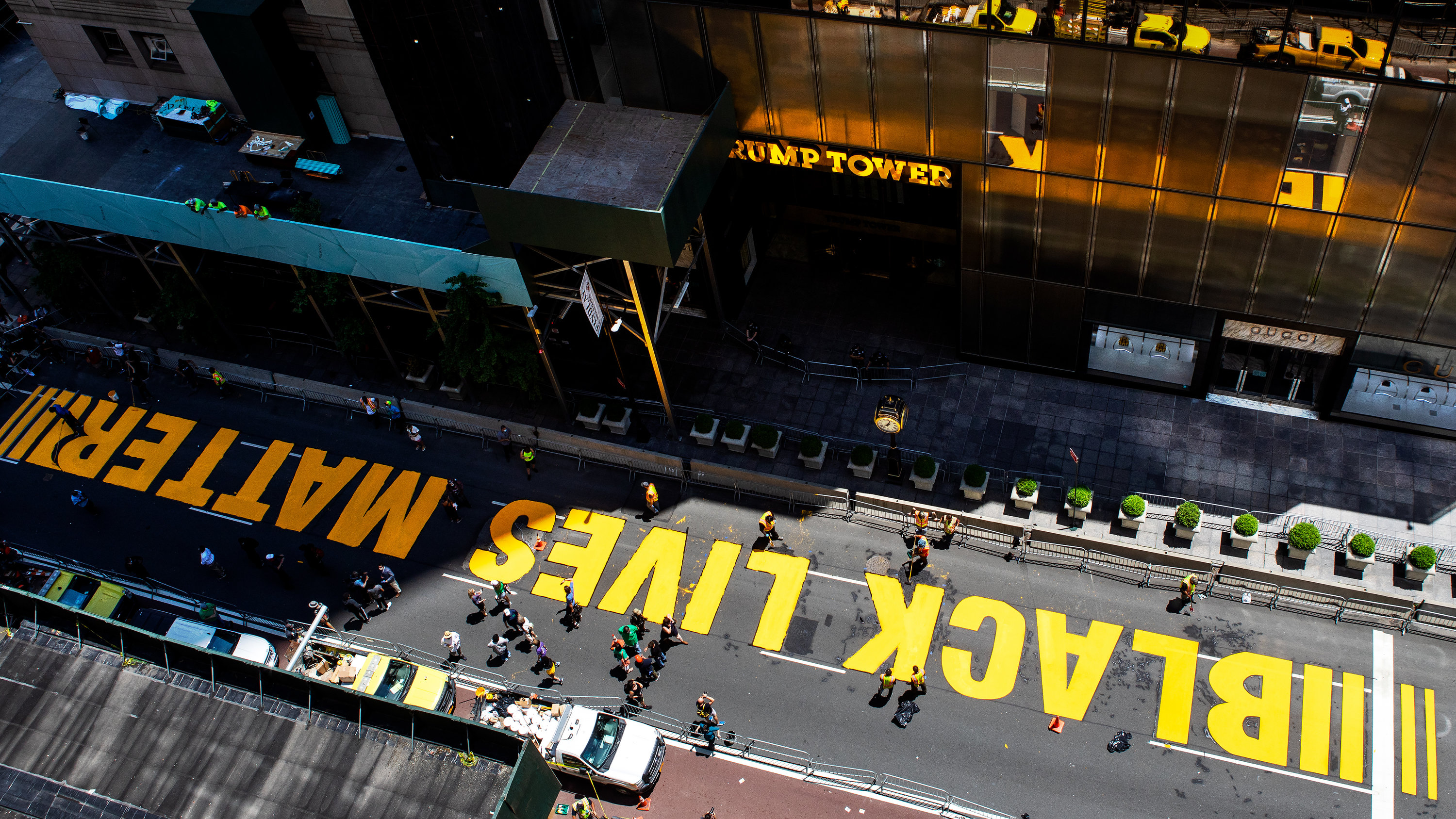 Officer L told me he sometimes works at Bryant Park behind the main library at 42nd St. I said, “I just had lunch down there at the Bryant Park Grill and it was shocking. Most of the stores are still boarded up after the riots, when de Blasio refused to send enough police out to protect those stores.” He said, “You should see the City Hall area. There’s graffiti everywhere on the bottom of the valuable Municipal building opposite City Hall, and homeless people are sleeping right in front of it. It’s a disaster.”

I told him I thought the City Council and mayor were acting foolishly in a lot of areas. I said I was downtown during the City Hall animal bills presentations and it was mob rule with some bills getting support that made no sense, one of them being the carriage horse bogus heat index bill, designed to hurt them. He answered, “Those carriage horses need their jobs or they’d be dead!” 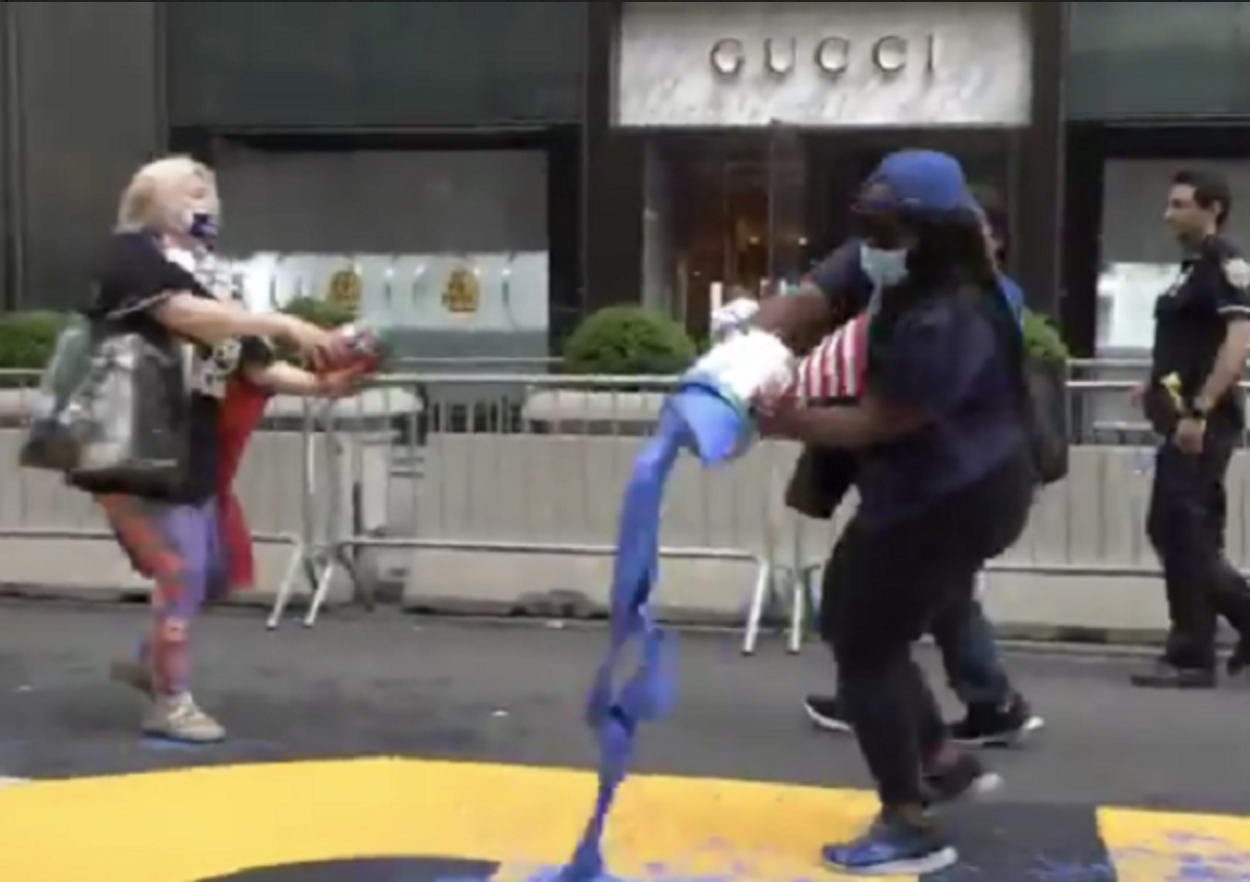 Office L continued, ‘I’ve seen the wild horses out west handled poorly by the government, too. The horses are curious when they see you on the highway, very smart and always look like they have enough to eat. They should be left alone and not rounded up. Wild horses taken off the land just means meat on the table for someone.”

Speaking again about the BLM sign he said, “The cars can go over it but usually they don’t.” He went on, “BLM is a terrorist organization it’s now known that they are, so this street sign should come down. The mayor is still showing this off for some unknown reason that’s no longer about black lives.”